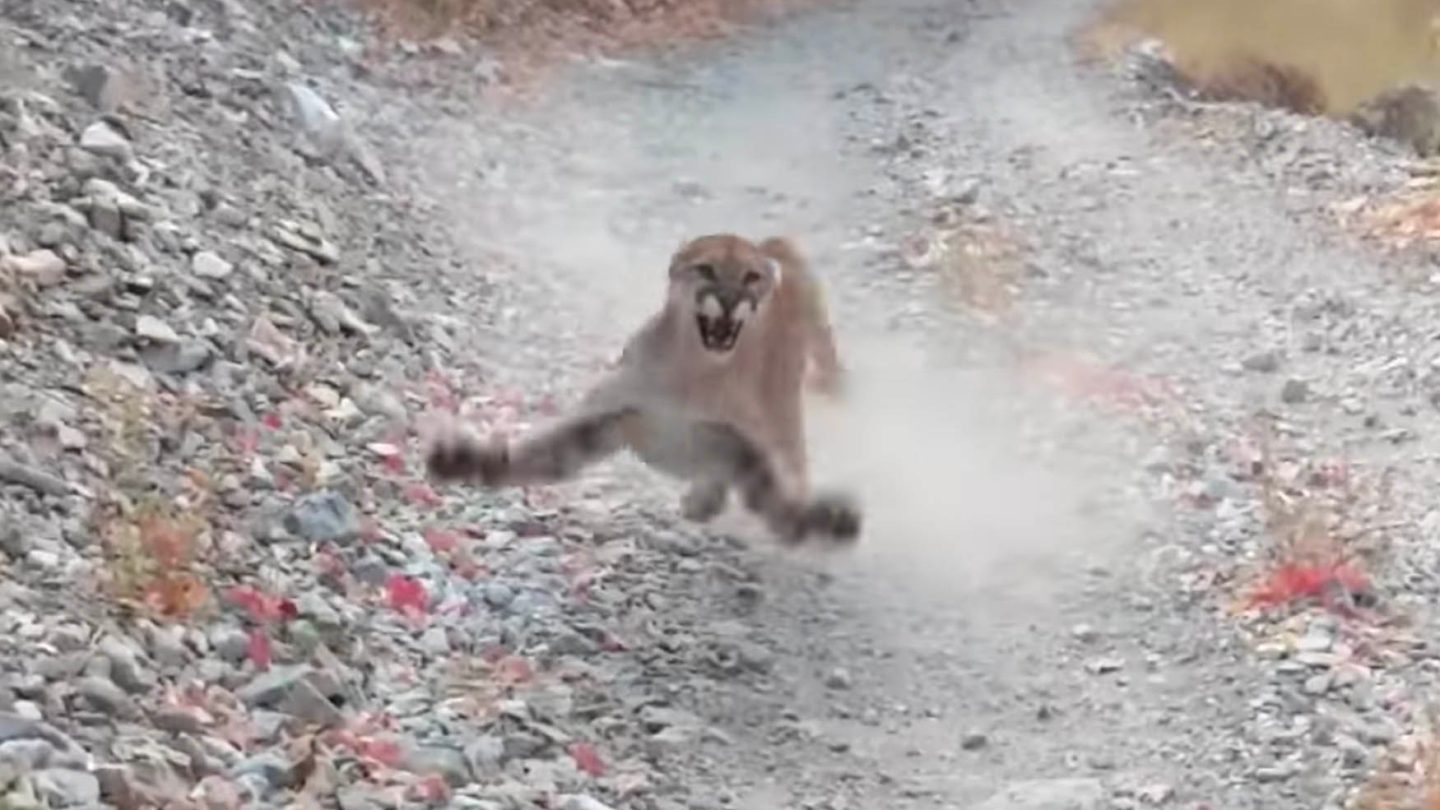 Going for a hike is typically a nice, relaxing way to get in some exercise and enjoy the great outdoors. That kind of activity is even more important these days, as the coronavirus pandemic has brought life in many areas to a screeching halt, but one Utah man recently discovered that Mother Nature can be a bit frightening if you find yourself in the wrong place at the wrong time.

Walking on a remote hiking trail, Kyle Burgess saw what he thought were small bobcats a short distance away. As he slowly approached, he began filming, perhaps imagining he’d capture footage of the pint-sized predators from a safe distance. He got way more than he bargained for.

As he got closer it became clear that the cats weren’t bobcats at all, but cougar cubs. This was made all the more obvious when their mother appeared, sprinting at Burgess as he frantically tried to back away. The cat, with the protection of its offspring in mind, wouldn’t back down, and while Burgess did everything in his power to remain calm while still preventing an attack, the cougar began to stalk him.

Walking backward for a full six minutes, Burgess repeatedly tried to get the cat to back off. Over time, the predator drew closer and closer, eventually lunging at the hiker several times and kicking up dust and debris as it performed its intimidating display. Nothing Burgess did — including yelling and even hissing at the cat — seemed to phase the cougar.

The video is incredible for a couple of reasons, not least of which is the fact that Burgess manages to keep the camera focused on the cat while backing away up a rocky mountain trail. It’s a pretty remarkable piece of footage, and you can definitely feel the intensity. Personally, my palms got sweaty just watching it.

Eventually, Burgess does what most experts say you probably shouldn’t even attempt: He bends down to pick up a rock. Bending down or making yourself appear small is basically an invitation for an attack, as the cat will see it as a sign of weakness and use it as an opportunity to go in for the kill. Luckily, the cat doesn’t advance, and the hiker manages to throw a rock in its direction, scaring it away.

It’s easy to see why Burgess didn’t want to go for a rock initially. The cat was so incredibly aggressive that it seemed like a sure thing that it would attack if he took the time to look away and bend down. Luckily things worked out, and neither Burgess nor the big cat was seriously injured.