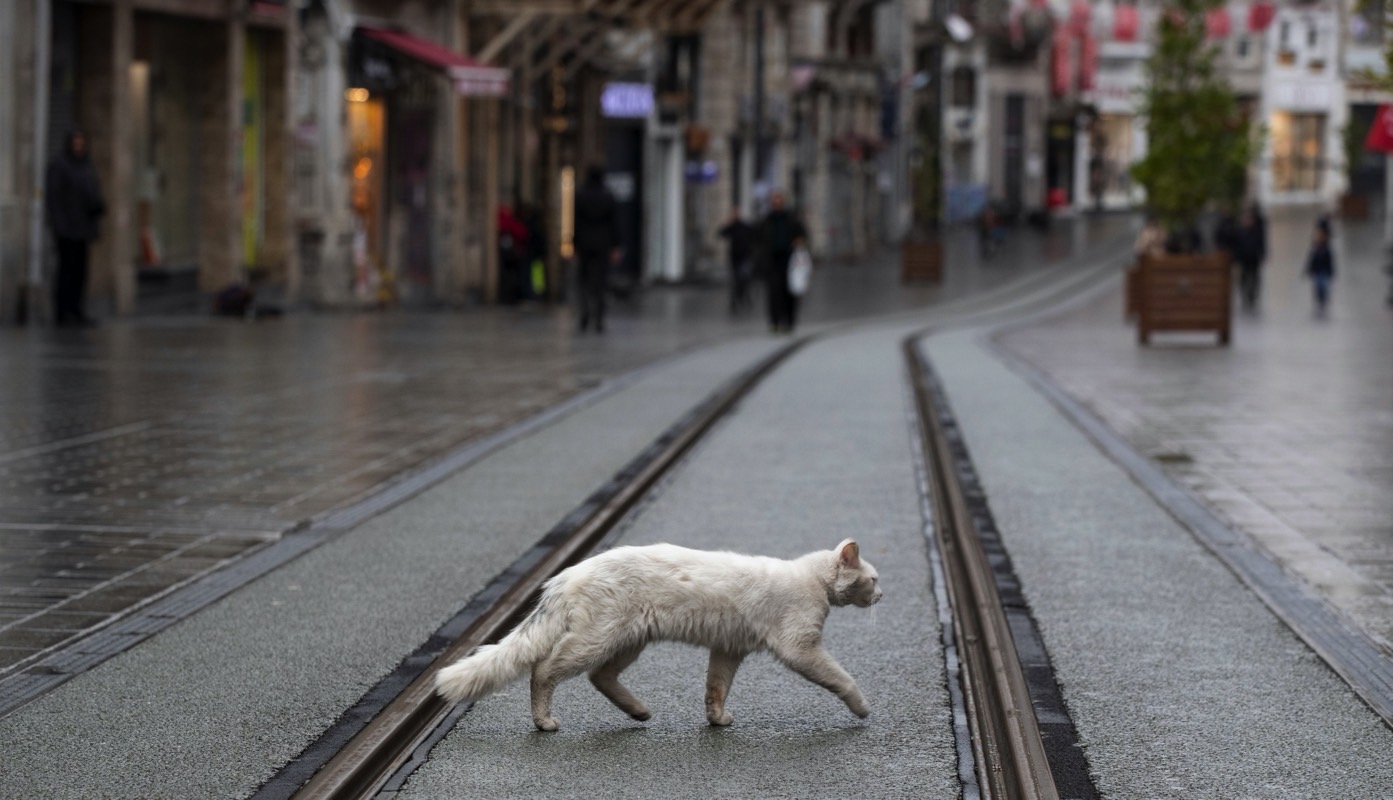 A dog in Hong Kong tested positive for the novel coronavirus a few weeks ago, and that good boy eventually died of old age after reportedly recovering from the illness. Now, a cat in Belgium contracted COVID-19 from her master, who also tested positive for the novel coronavirus. It’s not the cat in the image above. That one is just crossing an unusually quiet street in Turkey, a country that’s also dealing with a serious coronavirus outbreak.

The first human-to-cat transmission was confirmed by Belgium’s FPS Public Health, Food Chain Safety, and Environment authority. A week after the owner returned from a trip from Northern Italy, the cat started developing symptoms including diarrhea, vomiting, and respiratory issues. The owner sent samples to Dr. Daniel Desmecht’s lab at the Faculty of Veterinary Medicine of Liège, Live Science reports. The results were positive, showing high levels of SARS-CoV-2 in samples. Comparatively, the 17-year-old dog that got the virus tested a weak positive. A second dog tested positive but showed no symptoms of the disease.

That’s not to say that all cats and dogs will get the disease from humans, just that there is some similarity between the human and cat receptors the coronavirus binds to. “The feline ACE2 protein resembles the human ACE2 homologue, which is most likely the cellular receptor which is being used by Sars-CoV-2 for cell entry,” Van Gucht said.

Dogs and cats also contracted low levels of the SARS virus during the 2003 epidemic, and other cases may continue to occur. But there have been no reports of the virus passing from pets to their owners. “We think the cat is a side victim of the ongoing epidemic in humans and does not play a significant role in the propagation of the virus,” the same virologist said.

Separately, authorities in France advised pet owners to wash their hands after petting any household pets.

To prove the cat was infected with the new coronavirus, a second type of test is required. Scientists will look for antibodies that will prove the cat’s immune system fought the infection. The tests will happen once the cat is out of quarantine, at which point she’ll probably be back to ignoring her owner in no time.

As for dogs, they might prove to be useful in the fight against the new disease. Researchers in Britain are looking to train dogs to sniff out coronavirus patients, a type of unorthodox test that could be crucial.