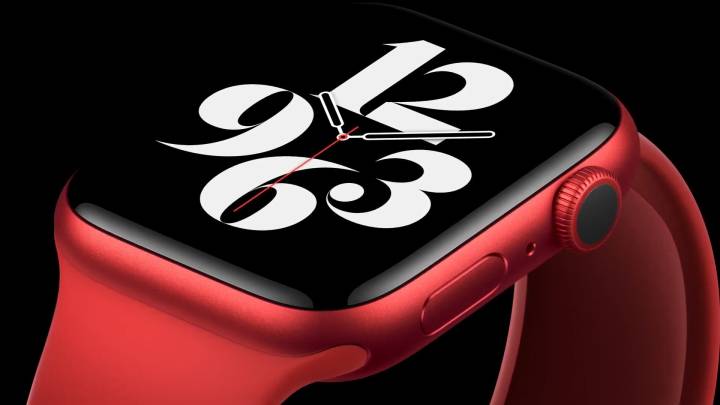 One of the best features of the Apple Watch is the ability to save lives by passively monitoring health parameters. We’re used to seeing people tell stories about how the device saved their lives, and Apple often features those stories in its press conferences. Other wearables can and should deliver similar features, but it’s usually the Apple Watch that’s featured in such stories about life-saving incidents that involved a wearable gadget.

Going forward, the Apple Watch and some of its competitors might be able to pull off an incredible feat. According to two separate studies, the devices might detect coronavirus infections up to a week before COVID-19 symptoms appear.

One of the studies comes from Mount Sinai, where researchers have used the Apple Watch to detect subtle heartbeat changes that are correlated with the onset of an infection, like COVID-19. They discovered the Watch could predict the illness up to 7 days before people start feeling sick or a positive COVID-19 test arrives.

“Our goal was to use tools to identify infections at the time of infection or before people knew they were sick,” Rob Hirten told CBS. Hirten is an assistant professor of medicine at the Icahn School of Medicine at Mount Sinai.

“We already knew that heart rate variability markers change as inflammation develops in the body, and Covid is an incredibly inflammatory event,” he added. “It allows us to predict that people are infected before they know it.”

The study, published in pre-print format at this link, enrolled 300 Mount Sinai healthcare workers from April 29th through September 29th. All of them wore Apple Watches, but Apple wasn’t directly involved in the process. Tim Cook highlighted the study in September.

Mount Sinai’s study isn’t the only COVID-19 research involving wearable gadgets. CBS also highlights a different study from Stanford that was published in Nature in November. Some 5,000 participants in that study wore Apple Watches and other wearables from Apple competitors, including Garmin and Fitbit. Of those, 32 went on to test positive for the novel coronavirus.

The researchers found that 81% of the infected people showed changes in their resting heart rates up to 9.5 days before the symptoms appeared. An extremely elevated heart rate was indicative of symptom onset, the researchers reported. People infected with the novel coronavirus have experienced heart rate increases, a symptom that continued to appear in Long Covid, even after the virus was cleared.

Using smartwatch data, the researchers were able to identify two-thirds of cases 4-7 days before the onset of symptoms. They also created an alarm system that alerts wearers if their heart rate has been elevated for a long time.

“We set the alarm with a certain sensitivity, so it will go off every two months or so,” Stanford University Professor Michael Snyder told CBS. “Regular fluctuations won’t trigger the alarm — only significant, sustained changes will. It’s a big deal because it’s alerting people not to go out and meet people.”

A wearable device’s capability to catch COVID-19 before symptoms appear won’t turn it into a PCR test replacement. Further studies will be required to prove the data is accurate and establish protocols for allowing Apple Watches and other wearables to play a role in COVID-19 testing. However, should such features be available on devices in the future, they might be enough to warn some people they might be infected, and this could save additional lives. A person alerted to a potential COVID-19 infection could avoid contact with others, and seek a PCR test to confirm. Early diagnosis might also lead to earlier treatment for patients at risk of developing severe COVID-19.