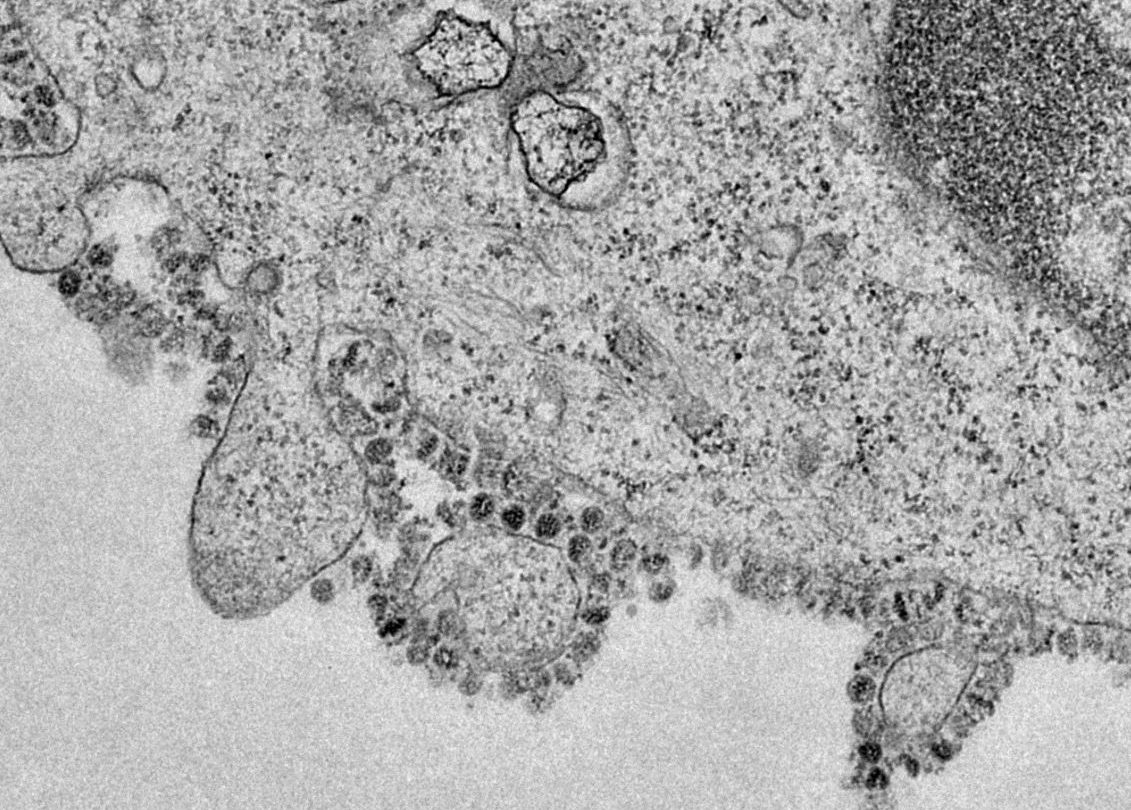 Image: The University of Hong Kong

Coronavirus is spreading, and it’s spreading relatively fast. What started as a handful of confirmed infections in fish market in Wuhan, China, has exploded into an international crisis with health officials screening travelers and entire hospitals being constructed simply to house those who have fallen ill.

Now, as the number of confirmed cases climbs by thousands per day, researchers out of China have released a microscopic glimpse at how coronavirus attacks and multiplies within cells. The photo, which was shared by scientists at The University of Hong Kong, is our first clear look at the virus that has now killed at least 200 people.

Based on the latest estimates out of China, over 9,800 people are confirmed to have an infection of coronavirus. That number spiked by over 2,000 in just one day, but with how rapidly this story is developing it’s impossible to nail down a true number.

Just yesterday, the first human-to-human transmission of the virus in the United States was confirmed. It occurred between a wife who had recently returned from Wuhan, China, and her husband who had not made the trip with her. Both the individuals were confirmed to have the infection and both were being kept under quarantine and observation.

Meanwhile, doctors are reportedly working on a vaccine that could be deployed to fight the spread of the virus, but the speed at which it is spreading makes the development of such a vaccine even more difficult. The World Health Organization is considering this a worldwide health emergency, and we most certainly haven’t heard the end of it.