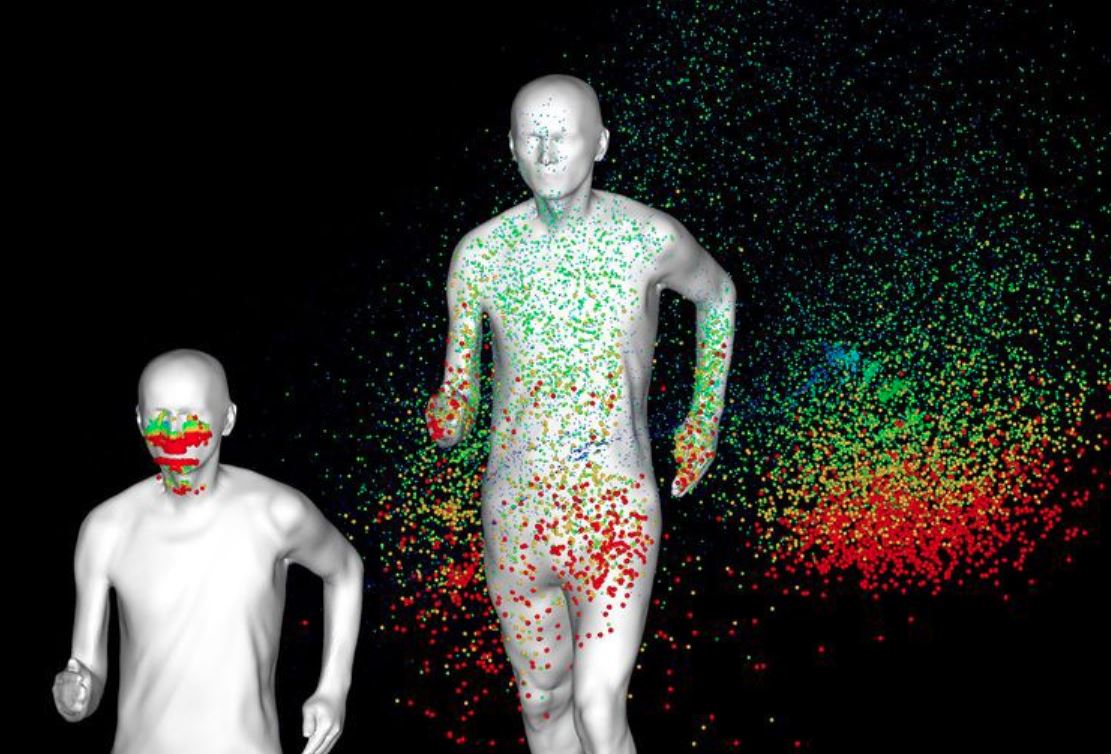 The novel coronavirus pandemic has forced many of us to alter our daily routines in dramatic ways. Staying home is now one of the best things a person can do to not only keep themselves safe but ensure that the outbreak dies down as fast as possible. However, exercising outdoors has been generally seen as a safe activity in these strange times, but new research suggests that being outdoors should come with some additional precautions.

The research, which was conducted by an international team including scientists in Belgium and the Netherlands, studied the impacts of current social distancing mandates when applied to outdoor exercise. What they found was that staying six feet apart might not do you any good when it comes to running, walking, or biking outside.

The issue here is that the six-foot rule works great if it’s being followed indoors, with little to no movement between individuals. The idea is that the virus can’t travel very far in an indoor environment before falling to the ground or simply remaining stagnant in the air.

However, outdoor trails present a unique challenge, as individuals are breathing heavily and potentially even coughing or sneezing along the way. If a second person is following behind, even at what would be considered a “safe” distance for indoor interaction, they would quickly come into contact with particles in the air that could contain the virus.

The scientists ran simulations to determine how serious this risk really is, with virtual exercisers traveling behind one another and the computer tracking the air stream surrounding them. What they found was that you don’t have to be right next to an infected person or even directly behind them to be at risk, depending on the kind of exercise you’re doing.

Based on the simulations and data, the team suggests that individuals who are walking outdoors should maintain a minimum of four meters (13 feet) of separation. Runners and casual bikers should try to stay at least 10 meters apart (33 feet), and fast cyclists should attempt to remain at least 20 meters (66 feet) from others using the same trails. The researchers also note that avoiding the direct path of the person in front of you is vital, even when maintaining these distances.

Of course, finding a trail or exercise area outdoors where nobody else is around is ideal. If you’re in a smaller city, town, or rural area, this should be relatively easy. However, if you’re stuck in a large city it’s important to keep this advice in mind when you’re trying to get your daily sweat.