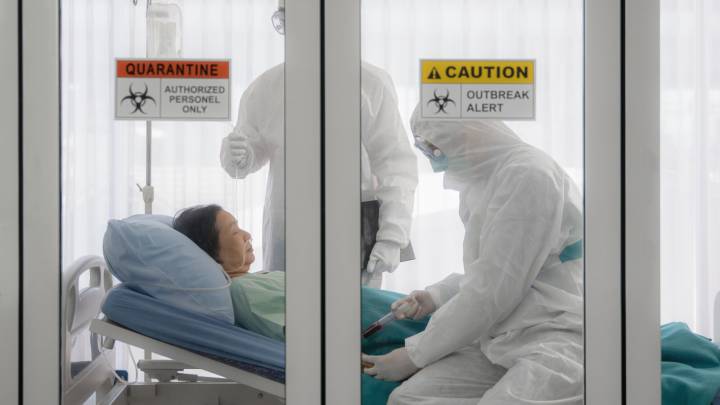 Like any other pathogen, the novel coronavirus is constantly evolving in response to the hosts it infects. It’s a mutation that allowed the virus to jump species between animals and ultimately reach humans. At least, that’s what researchers think happened with the original strain that infected the first people. The upcoming WHO investigation in China might uncover more answers about the early days of the Wuhan outbreak.

SARS-CoV-2 continued to mutate after that, with scientists tracking those genetic changes closely. This is crucial because mutations can make a virus more infectious or dangerous and can hinder drug and vaccine research. Several notable novel coronavirus strains have been found so far. The D614G mutation is believed to be responsible for the current status of the pandemic. This mutation doesn’t make the virus more dangerous, but it did become more infectious. D614G left China and infected most of the world, returning to Asia a few months later. Since then, other strains have been discovered, including a couple of new coronavirus versions that are spreading rapidly in the UK and South Africa. Now, it appears as though the latter might be more dangerous of the two.

The Cluster 5 mutation in Danish mink sent the world into a short frenzy a few weeks ago. The local government warned the mutation might evade neutralizing antibodies that can block the virus’s spike protein. Those proteins are formed when someone beats the virus after infection or via a vaccine. Mink mutation worries have died down since the early scare, however, and it appears as though current vaccines may still work against this new strain.

A few days ago, UK health officials announced that another new coronavirus mutation was spreading rapidly in the south of the country. The strain featured 17 distinct genetic changes, most of them impacting the spike protein. One of them is called N501Y, affecting the receptor-binding motif of the spike protein, according to the UK COVID-19 Genomics Consortium. The mutation did not appear to cause more severe illness, according to public health officials.

Now, a few days later, South African authorities have reported another SARS-CoV-2 mutation that’s apparently driving the second wave in the country. South Africa is nearing 1 million infections, with more than 24,000 people having died of COVID-19 complications. The second wave started in mid-November, with the country registering more than 10,000 cases in a single day a few days ago. This appears to be the second wave’s local peak, but the case count might continue to climb.

South Africa’s Health Minister Zweli Mkhize announced the 501.V2 mutation of the virus, reports The East African. Unlike the UK strain, this one might cause more severe illness. The official said on Twitter that local clinicians had found anecdotal evidence of the clinic presentation of patients. They said that a larger proportion of younger people are developing critical illness without suffering from other comorbidities.

“The evidence that has been collated, therefore, strongly suggests that that the second wave we are experiencing is being driven by this new variant,” Mkhize said during a virtual briefing on Friday.

The second wave also seems to be spreading faster than the previous one, according to local officials. The Network for Genomics Surveillance in South Africa (NGS-SA) discovered the mutation in several provinces, noting between 10-20 mutations that were not seen in other strains since September. It’s unclear whether the new version came from.

Amazon's best-selling black KN95 masks are FINALLY back in stock after selling out Price:$26.25