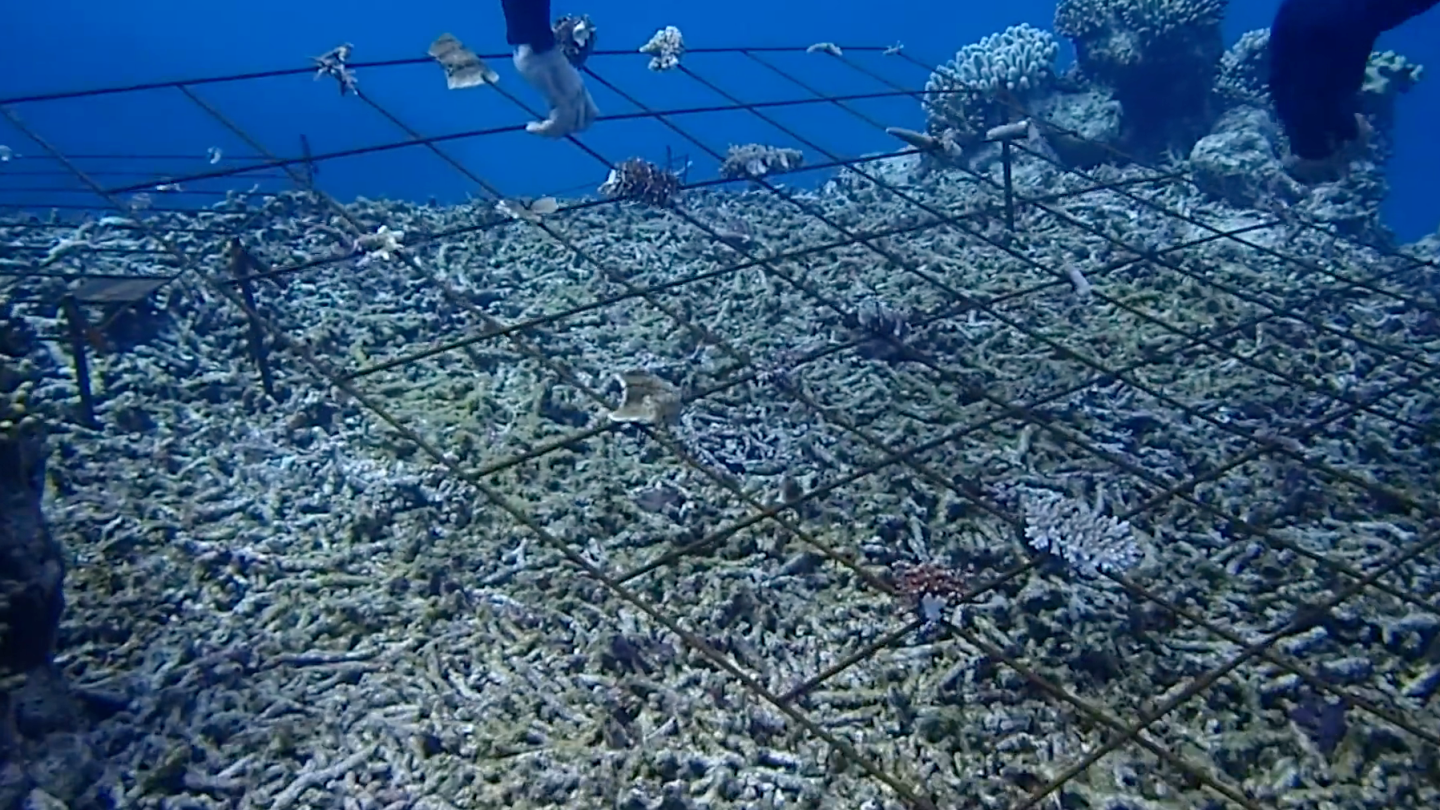 It’s no secret that the Earth’s coral reefs are in dire need of some TLC. Combinations of severe weather and manmade global warming have left massive stretches of coral dead all over the world, and countries are ponying up huge sums of cash to try to fix the problem. If we let the coral die, it’ll cost us dearly, so all efforts are on the table.

One new initiative requires metal and electricity, which probably doesn’t sound like a combination that would help coral get back on its feet. Nevertheless, as NewScientist reports, it could actually be the perfect recipe for recovery.

You see, when coral dies off it takes a long, long time to recover. Conditions have to be pretty ideal for a reef system to be revitalized, and when warmer-than-normal ocean water bleaches a stretch of reef it essentially pushes all life away. These bleaching events can cause the permanent collapse of an entire reef ecosystem, but giving the coral a boost can help the tiny organisms that construct the reefs an edge.

One method scientists have found effective is laying metal grates over struggling areas of the reef and then running electric current through them. This seemingly strange technique actually draws in minerals which gives the coral a huge speed boost, growing up to four times faster than it otherwise would.

Conservationists with Reef Ecologic are currently using this method to restore sections of damaged coral on Australia’s Great Barrier Reef. Previously, the same technique has been proven successful on reefs in the Caribbean and elsewhere. If it works as intended, parts of the reef could be back to their normal size in as little as a few years, but that’s assuming humans pitch in and work towards a sustainable future that won’t cause ocean temperature spikes year after year.