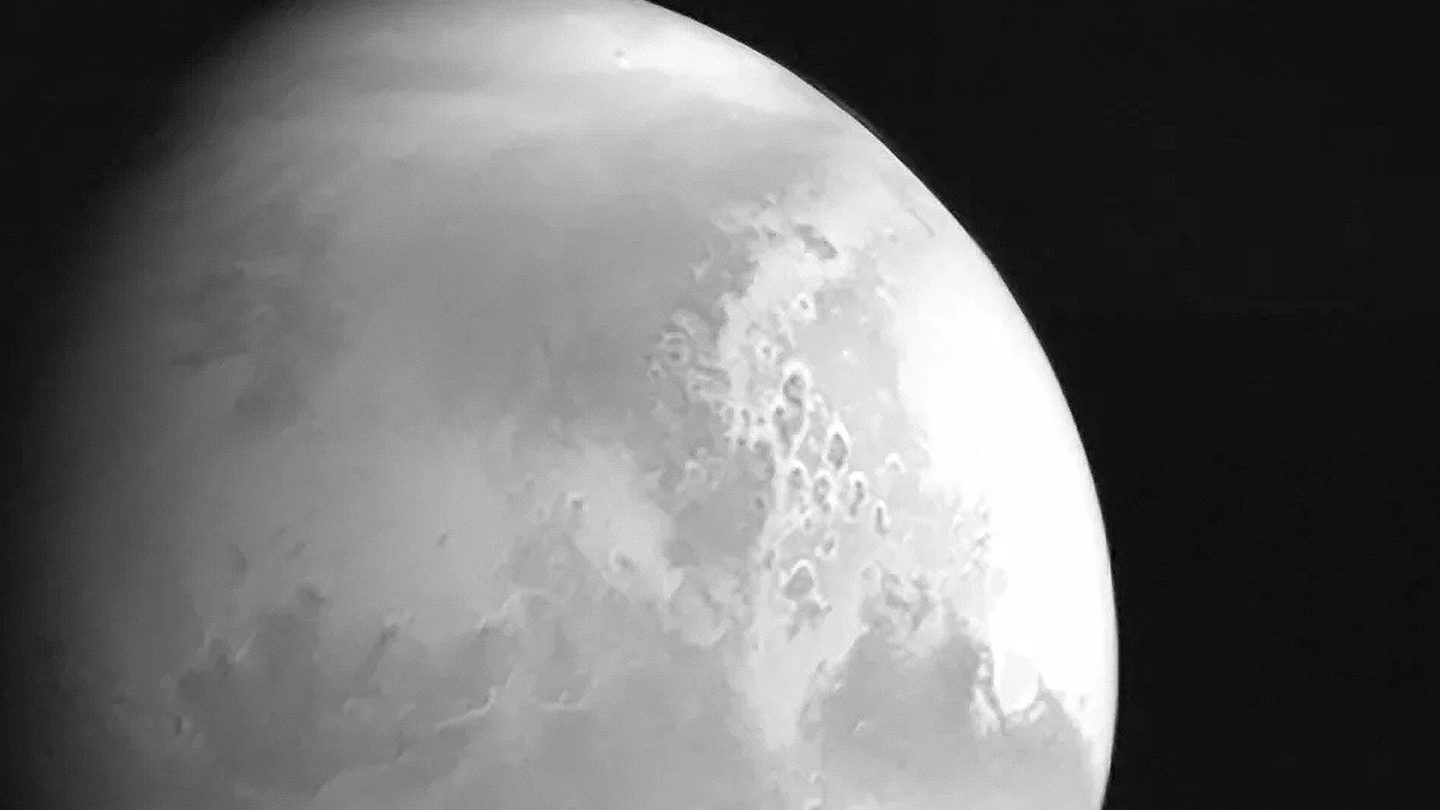 NASA’s Perseverance rover mission is slated to arrive on Mars on February 18th, and it’ll surely be a big day for space science the world over. However, it’s not the only Mars mission that will be arriving at the Red Planet this month, as China’s own Tianwen-1 spacecraft is currently approaching Mars and is expected to enter orbit around the planet on February 10th.

The mission, which will eventually see the landing and deployment of a rover from the China National Space Administration, is a huge step for the country as it attempts to make up for some lost time and catch up to NASA, the ESA, and Russia’s space programs. Now, with just days to go before Tianwen-1 gets up-close-and-personal with Mars, China has released the first image captured by the mission, and it sure is a beauty.

The Tianwen-1 mission is rather unique when it comes to a Mars rover mission, and that’s thanks to the way China has decided to go about deploying the rover to the surface. Rather than arriving at Mars and immediately attempting a landing, Tianwen-1 will orbit Mars for months before even attempting a landing. As the Chinese space agency explains in a posting, the spacecraft will enter Mars orbit on February 10th but won’t land until May at the earliest.

“The mission’s ultimate goal is to soft-land a rover in May on the southern part of Mars’ Utopia Planitia — a large plain within Utopia, the largest recognized impact basin in the solar system — to conduct scientific surveys,” the post explains.

China released new information about the progress of the mission, noting that the spacecraft’s handlers back on Earth conducted an orbital correction on Friday. This was the fourth orbital correction made by the CSNA team ahead of the spacecraft’s arrival at Mars. Along with the announcement, the agency included the first image of Mars captured by the mission, which you can see in all its glory right here:

With two Mars rover missions arriving at the planet at essentially the same time, it’ll be interesting to see what new discoveries are made over the next several months and years. What secrets does Mars have yet to reveal? We’ll have to wait and see, but if you’re a science fan there’s definitely a reason to be excited.