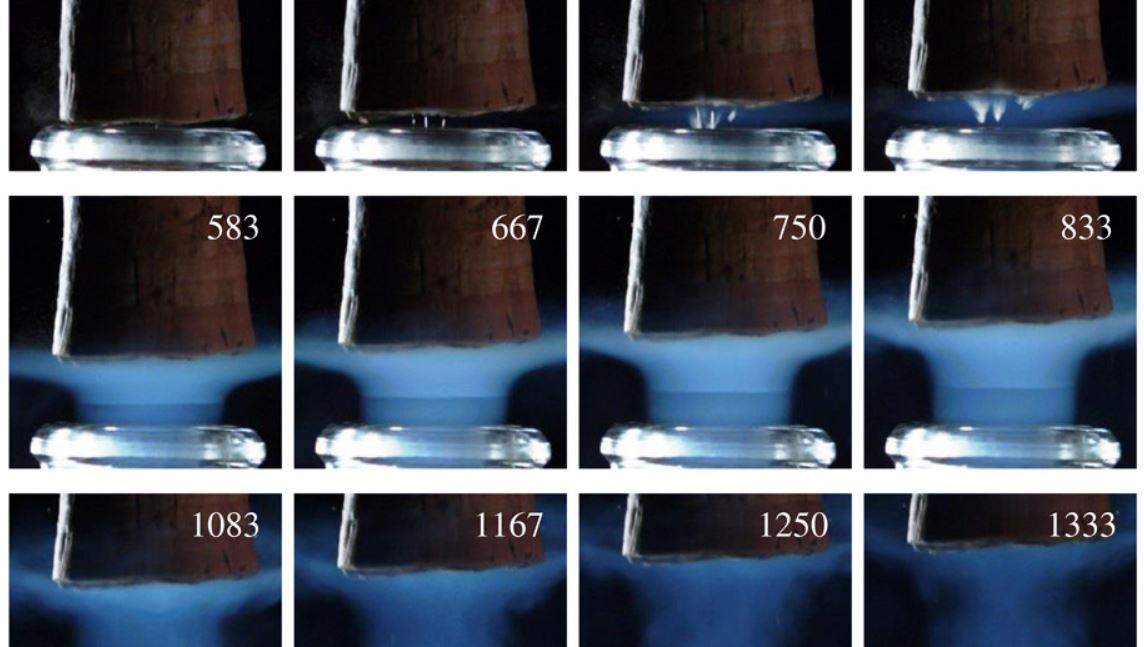 When you pop the cork on a champagne bottle, the physics of the cork’s departure probably isn’t the first thing on your mind — it’s drinkin’ time, after all! But scientists tend to find interesting things in the most unlikely of places, and a new study published in Science Advances reveals that the loud pop that you hear when cracking open a new bottle of champagne is accompanied by the birth of a tiny shockwave.

Using high-speed cameras to capture the tiniest details of the cork popping in slow motion, the researchers easily spotted the phenomenon. The shockwave, also called a Mach disk, appears in the plume streaming out of the top of the bottle in the instant the cork is shot out at high speed.

The team experimented with a number of different champagne temperatures, popping the cork on each bottle and filming it. The researchers hoped to better understand the mechanics at work, carefully observing the condensation process that generates the pleasing “fog” that is created by a rapid pressure change and then wafts from the neck of a newly-opened bottle.

During their experimentation, however, they discovered something they were expecting in the form of the tiny shockwave. The disk that appears in the jet of frosty air that spews out of the bottle exists for only a fraction of a second, but that was all the team needed to identify it.

The disk that forms in that stream is similar to the disks that form in the fiery exhaust of supersonic jet aircraft.

The researchers also discovered that the plume of carbon dioxide generated that follows the cork popping differed depending on the temperature of the champagne. Cooler bottles form blueish fog hues and slightly warmer bottles having mostly pale white-colored fog due to the way light interacts with the particles at different temperatures.