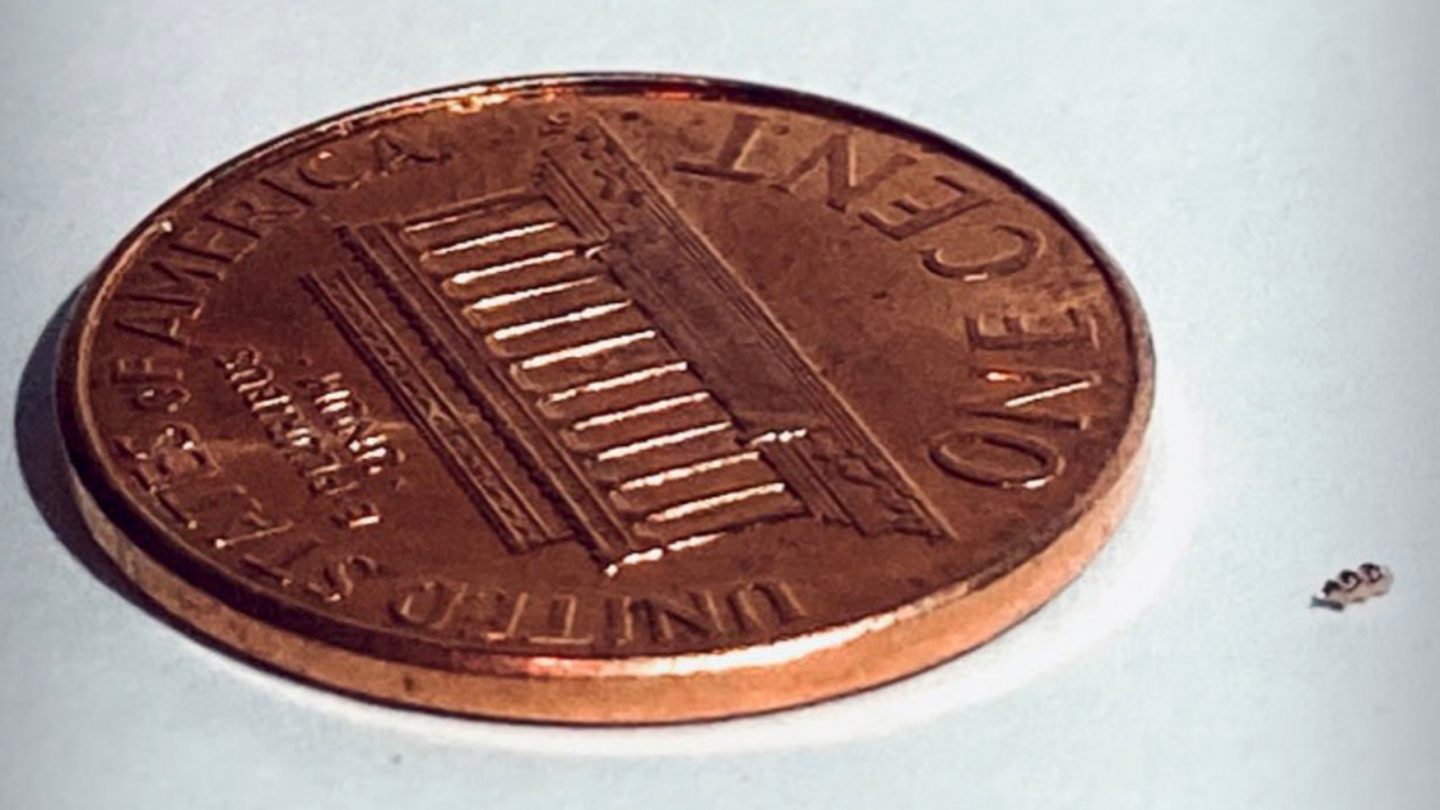 Cancer treatments have improved dramatically over the past few decades. Many types of cancer have a high survival rate thanks to medical interventions that can slow or stop the growth of tumors and even eliminate them entirely. Despite that, cancer remains the second leading cause of death in the United States, right behind heart disease, and there’s still no go-to cure that is applicable to all or even the majority of cancer cases. It would be great if that changed, and a startup in California thinks that tiny robots might be the answer.

The company is Bionaut Labs, and as the Los Angeles Times reports, the team has been toiling in the hopes of perfecting a robot-powered drug delivery system that is so tiny it looks like a speck of dirt to the naked eye. Yes, drug-carrying robots may ultimately help eliminate tumors by “driving” to them inside of your body.

The idea sounds like something out of a science fiction story — and there are several such movies and books that make use of miniaturized robots inside the human body for good and ill — but this is the real deal. Bionaut Labs wants to do away with the imprecise nature of most therapeutic cancer treatments, and its screw-shaped robots could do just that.

It’s an incredibly simple concept: Bionaut’s tiny bots are small enough to be injected into a human body without much discomfort and, once inside, their screw-like shape allows them to be directed to the offending tumor using external magnets that produce a magnetic field. All the while, doctors monitor the progress of the bots on a live X-ray feed, ensuring they’re heading in the right direction and bringing straight to the cancerous growth.

Once the bot (or, in most cases, multiple bots) make it to the destination, a command is sent to the devices also using magnets. This prompts the devices to dump their drug payload right on the tumor itself, maximizing its effectiveness while hopefully minimizing any side effects.

Compare this to a therapeutic approach involving drugs that are swallowed or even injected and you can see the benefit. Getting a cancer-fighting drug to a tumor is normally something that has to be done by the circulatory system, and that means spreading the chemical throughout the entire body. It works, but it can also produce side effects and it’s not nearly as efficient as it could be if tiny robots were delivering the drugs.

I think what’s most interesting about this new report is that this isn’t some pie-in-the-sky dream scenario. This is actually a real technology that is already being proven in the real world. The company is targeting specific types of cancers that affect the brain stem right now, injecting the bots into the spinal column where they can travel to the site of the cancer, but as the technology advances, it could become just as effective against other cancer variants.

Based on the company’s roadmap, clinical trials could happen as early as 2023, paving the way for regulatory approval which would add it to the arsenal of cancer treatment options for specialists around the world.