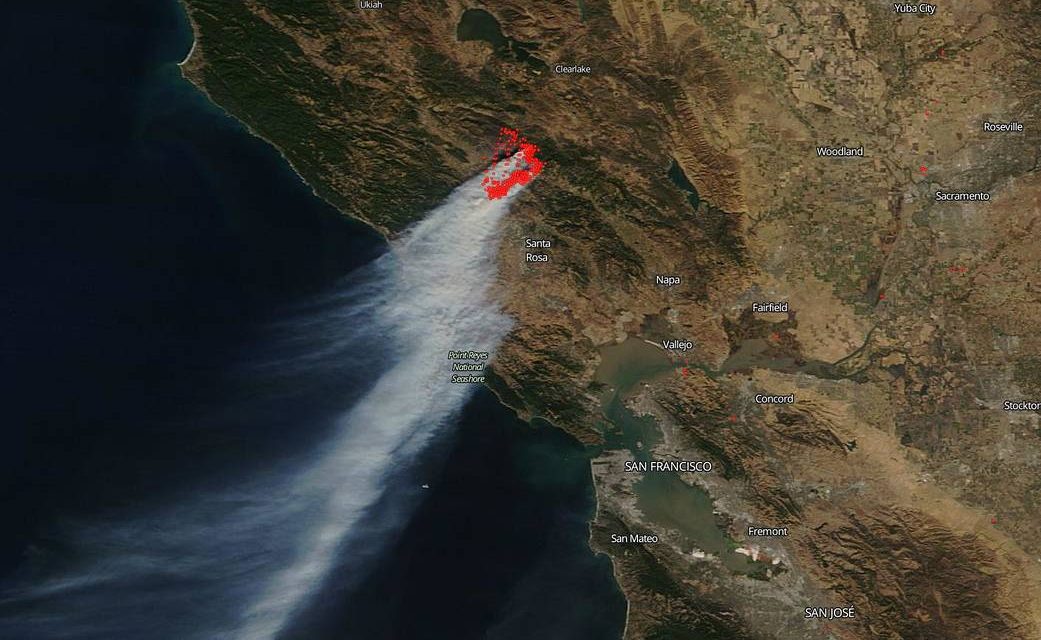 Another year, another devastating breakout of wildfire in California. This troubling trend shows no sign of slowing down, and that’s bad news for Californians who have been forced to evacuate as smoke and fire spreads across huge chunks of the state.

NASA isn’t in the business of fighting fires, at least not directly, but that doesn’t mean the agency isn’t doing everything it can to help. With its powerful eyes in the sky, NASA’s satellites can rapidly detect wildfires that pop up in remote areas that would otherwise go unnoticed for some time, and its latest images of the current fires raging in California are truly incredible.

The image you see above was captured by NASA’s Terra satellite which, as the name suggests, spends its days gazing down at Earth from high above. The massive plume of smoke in the photo was created by the Kincaid Fire, which is burning in Sonoma County. Winds have carried the smoke toward the coast, shrouding a huge area in darkness as it continues to grow. NASA says the fire has already covered a whopping 66,000 acres, and it’s still growing.

The satellites NASA uses to detect such fires can provide emergency crews with vital information about the blazes as the fight to contain them intensifies. Knowing the precise location of the fire and the areas where it is growing can help officials coordinate a timely response and better manage their fire fighting resources.

But even with NASA’s help, the Kincaid Fire has proven to be a serious threat. Thus far, the inferno has swallowed up nearly 100 structures and it threatens to push into new areas where nearly 80,000 buildings, including over 70,000 homes, could face damage or total destruction.