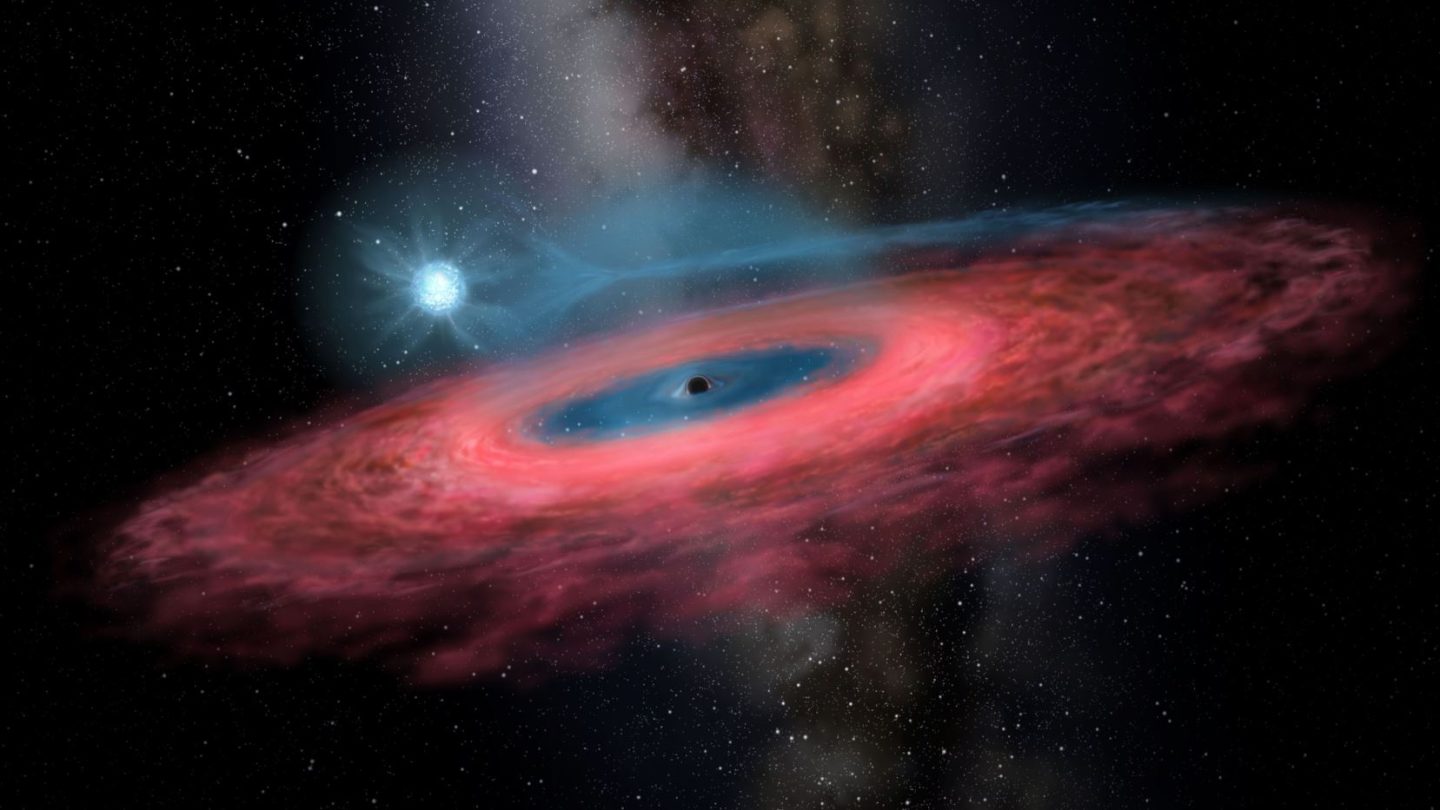 Astronomers in China have discovered something that technically shouldn’t even exist, at least according to what humans understand about space, black holes, and physics. Peering into space, the team of scientists spotted a black hole at a distance of around 15,000 light-years from Earth. What makes this cosmic feature so interesting is that it’s many times larger than what scientists believed was the upper limit for stellar black hole size.

It had been thought that stellar black holes — that is, black holes that are born in the wake of a large star’s death — max out at about 20 times the mass of our Sun. Stars larger than that, it was thought, expel much of their matter in death. The black hole called LB-1 is a whopping 70 times as massive as our Sun, forcing scientists to rethink their assumptions.

The black hole, which is the subject of a new research paper published in Nature, left the research team scratching their heads.

“Black holes of such mass should not even exist in our Galaxy, according to most of the current models of stellar evolution,” professor Jifeng Liu, lead author of the research, explains.

“We thought that very massive stars with the chemical composition typical of our Galaxy must shed most of their gas in powerful stellar winds, as they approach the end of their life. Therefore, they should not leave behind such a massive remnant. LB-1 is twice as massive as what we thought possible. Now theorists will have to take up the challenge of explaining its formation.”

Astronomers can most easily spot black holes that regularly consume large quantities of matter. Black holes themselves are difficult to spot, of course, but when objects like stars get to close and are torn apart, telescopes can detect the X-ray emissions as the star feasts. Stellar black holes are often isolated, rarely pulling in large objects, and that makes them difficult to detect and study. LB-1 offers scientists an important new data point in research related to stellar black holes, and it could rewrite some long-held beliefs about how they are born.