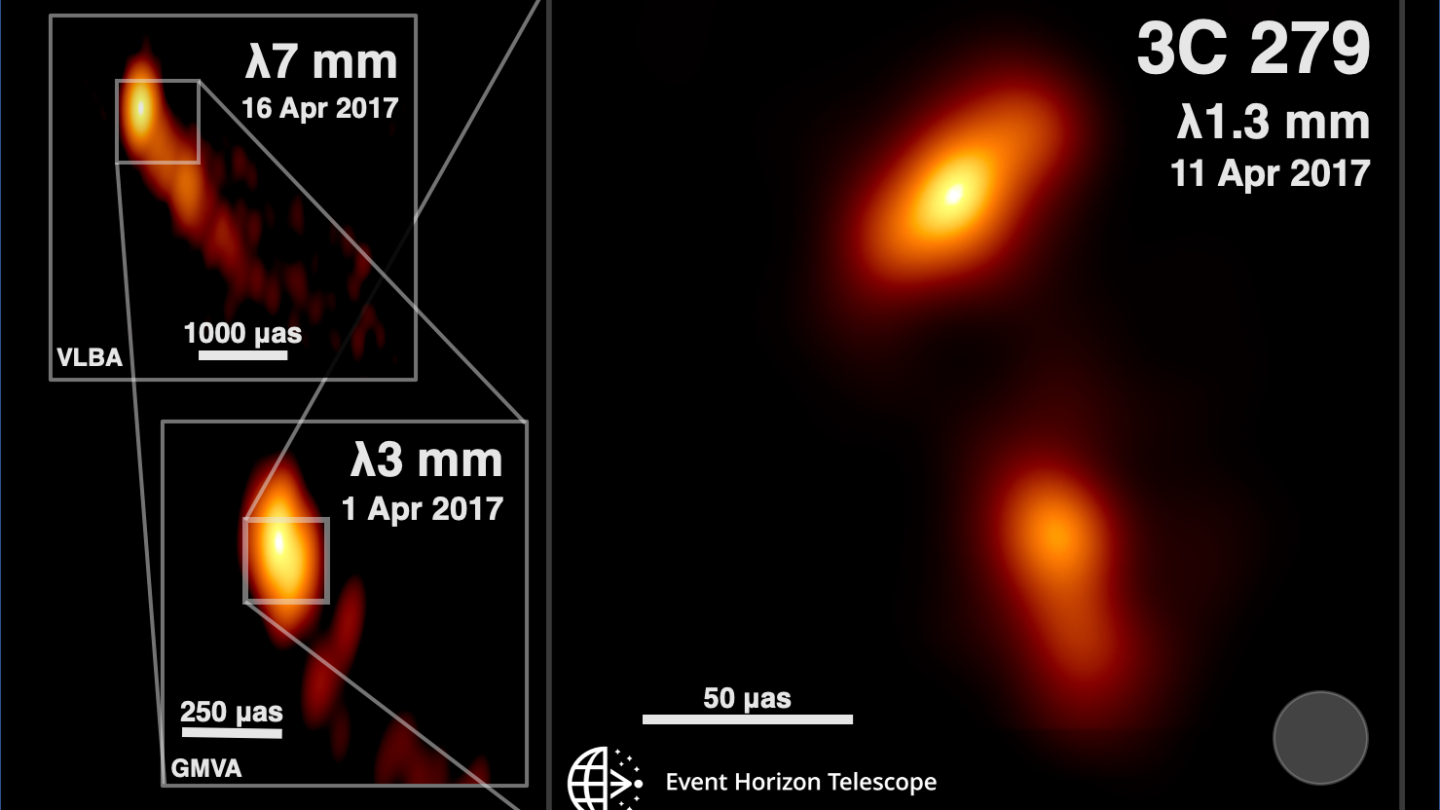 It was almost exactly a year ago today that astronomers from around the world showed off the first-ever image of a black hole. It was blurry, but it was the first of its kind. It was made possible by the Event Horizon Telescope, or EHT, which is a collaborative international effort harnessing the power of multiple observatories all over the world.

But the black hole we all feasted our eyes on a year ago wasn’t the only object the EHT team was interested in. A bright quasar called 3C 279 was another object the researchers targeted. Now we get to see what the supermassive black hole at its heart has been up to, and it is magnificent.

As ScienceAlert reports, the Event Horizon Telescope was able to capture multiple images of the colossal black hole spewing a jet of material into space at unfathomable speeds. Check it out:

Black holes swallow up almost everything that gets near them, including light. However, it’s not a perfect vacuum, and as the matter is drawn in at high speeds, some of the material reaches such incredible speeds that it actually beams back out into space as a jet of particles. Moving just shy of the speed of light, they’re the speediest particles scientists currently know about.

Interestingly, the jet of material the EHT was able to observe doesn’t match up perfectly with what astronomers thought they would see. Rather than being a perfectly straight beam, they found that it has “an unexpected twisted shape” as well as “features perpendicular to the jet.” These are entirely new observations, and it’s an exciting time for the scientists.

“We knew that every time you open a new window to the Universe you can find something new,” Jae-Young Kim, lead author of the research published in Astronomy & Astrophysics, said in a statement. “Here, where we expected to find the region where the jet forms by going to the sharpest image possible, we find a kind of perpendicular structure. This is like finding a very different shape by opening the smallest Matryoshka doll.”

What’s particularly exciting about the work being done with the Event Horizon Telescope is that it is collaborative, meaning that new telescopes can be added to the project over time, making it more and more powerful. We can expect many more interesting discoveries thanks to this global effort.