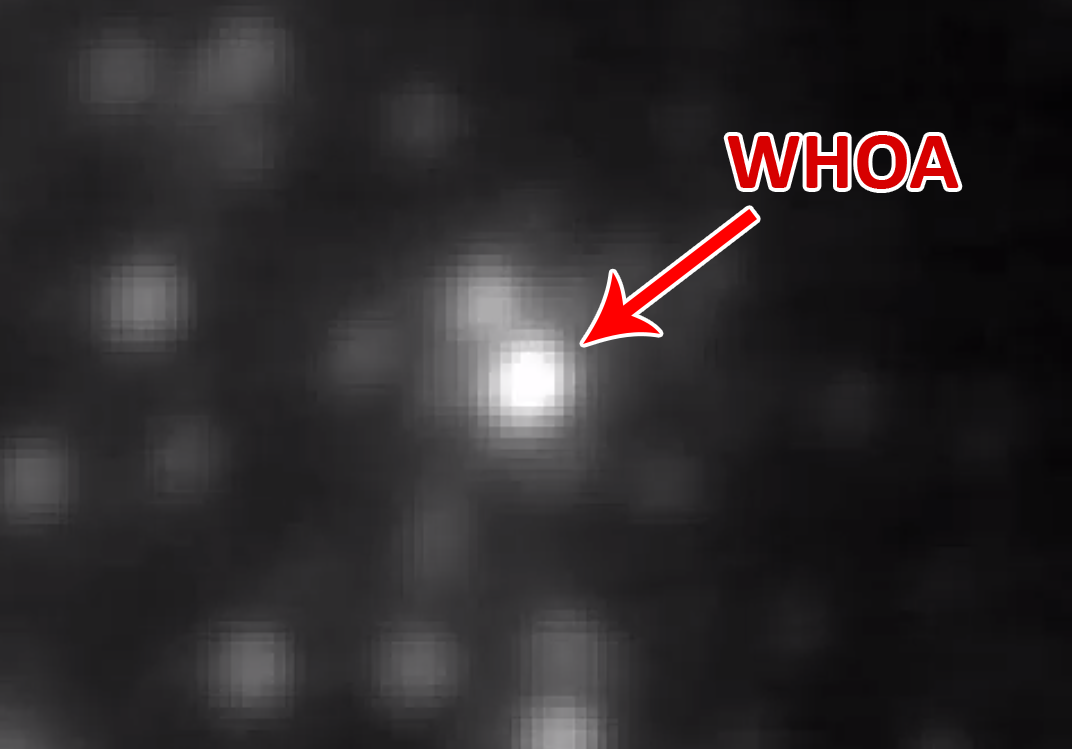 Like many galaxies, our own Milky Way is believed to revolve around a supermassive black hole. The location of the black hole, a feature known to astronomers as Sagittarius A* (pronounced “Sagittarius A star”) isn’t easily visible from Earth, but scientists can still catch a glimpse of it using infrared cameras during certain times of the year.

The black hole often flickers, but outbursts are incredibly rare. It’s pretty calm for a supermassive black hole, all things considered, but scientists from the Keck Observatory have captured images of our galaxy’s black hole getting a lot more feisty than usual. A bright flash indicating a burst of activity was observed as scientists trained the lens on the black hole before it dimmed over the course of a couple of hours.

By their very nature, black holes can’t be seen using any kind of modern visible-light telescope technology. However, spotting the radiation they occasionally emit is a bit easier, and as the black hole gobbles up material it can create a flickering effect that is visible using infrared hardware.

Here's a timelapse of images over 2.5 hr from May from @keckobservatory of the supermassive black hole Sgr A*. The black hole is always variable, but this was the brightest we've seen in the infrared so far. It was probably even brighter before we started observing that night! pic.twitter.com/MwXioZ7twV

The timelapse was captured back in May, and researchers spent several days observing the location to get an idea of what may have caused the brilliant flash. As ScienceAlert reports, the research team has a couple of possibilities in mind.

A couple of objects known to be very close to the galactic center are likely suspects. One is a large gas cloud that was recently observed just a few dozen light-hours away from the black hole which may have been drawn in ripped apart, and the other is a star known as S0-2.

S0-2 has been spotted a mere 17 light-hours away from the center as recently as last year, and it’s possible that the star’s close relationship with the black hole has led to an increase in gas being swallowed up by it, which may have led to a burst of radiation visible using infrared.

A new paper set to be published in Astrophysical Journal Letters doesn’t make any definitive declarations, but at the moment those are the two best guesses scientists have come up with.