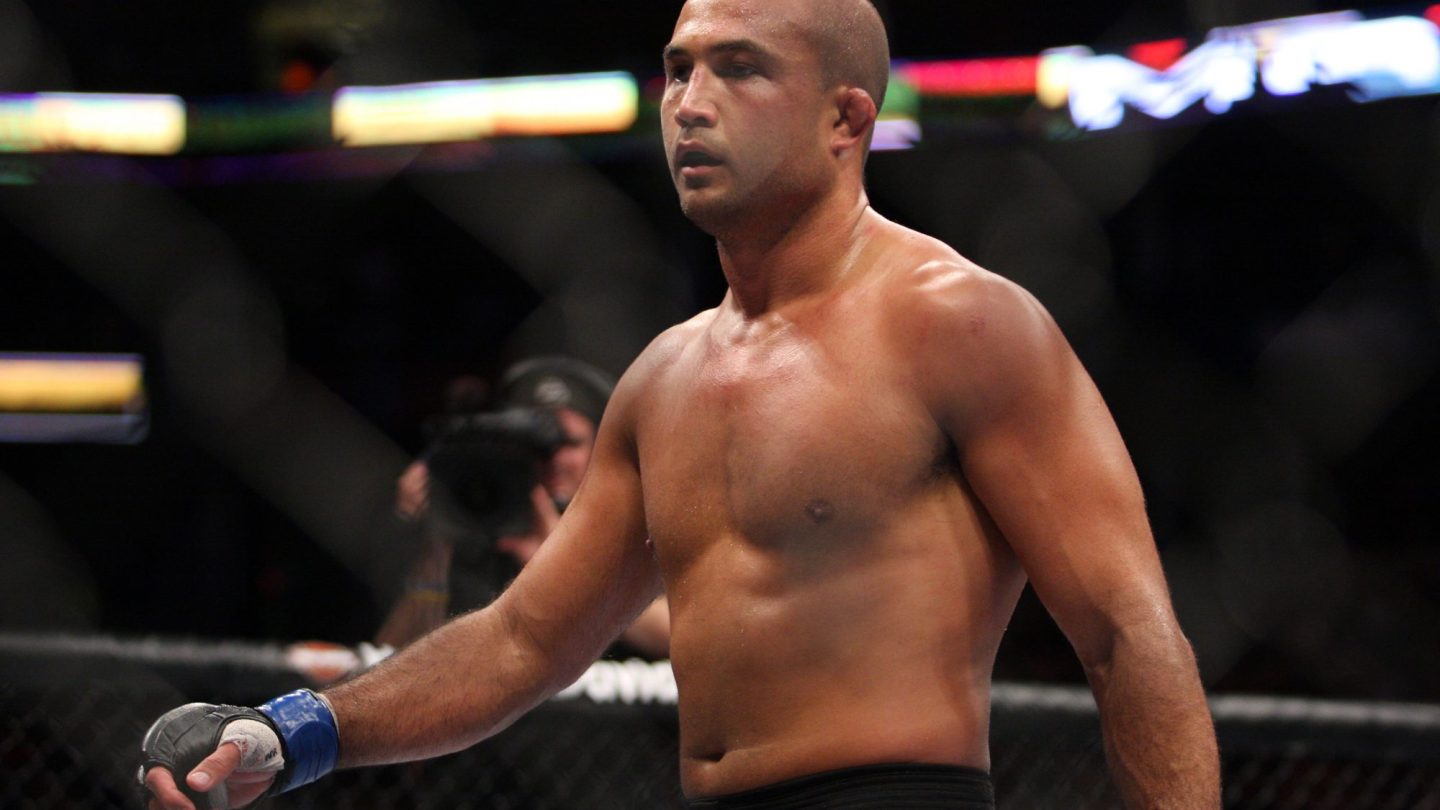 Professional fighters are only human, and as such, they sometimes get into altercations with random people. Most of the time, these confrontations end badly for the challenger, since tangling with an MMA fighter is usually not a good idea. For one random (seemingly) drunk guy in Hawaii, things went better than expected when he leveled UFC Hall of Famer B.J. Penn during a bar scuffle, sending the fighter to the pavement.

TMZ has two videos of the incident, one of which shows the fighter locked up with the man, who is shirtless, before eventually stepping back and asking the man to punch him in the face. The man obliges and knocks Penn out cold with a well-placed left hook.

The timeline of how the entire saga played out is hazy, and TMZ quotes someone close to Penn as saying that the shirtless dude was trying to “bait” Penn into a fight. If that’s true, it appears to have worked, because the two engaged in fisticuffs on a busy street outside a bar on Hawaii’s Big Island.

An official statement from Penn’s camp claims that the fighter was attempting to “defuse the situation,” which seems odd considering the video clearly showing Penn asking the man to hit him. In any case, one of the punches flipped Penn’s switch and he fell to the ground.

A second video showing Penn on top of that same shirtless man also surfaced. In this clip. Penn is on top of the man, who is lying face-down on the street, and the UFC fighter is raining punches down at the man’s face from above.

Penn, who was accused of years of domestic violence by his partner earlier this year, is expected to fight his last match in the UFC soon.