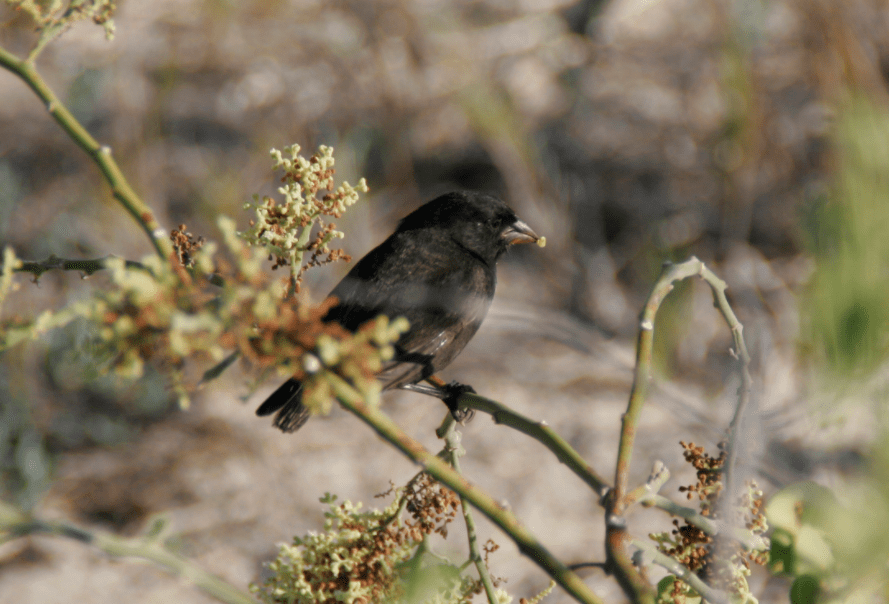 If you get lost at sea and find yourself on an island you’d probably try to build a fire, pile some sticks and stones into a makeshift home and maybe even try to signal for help. When one misguided bird found himself in the same situation, he didn’t wallow in his own self pity; he created his own entirely new species.

Over the past 36 years, scientists have been closely studying the incredible story of an entirely new bird species that seemingly came out of nowhere, and it all started with one poor finch who lost his way. The peculiar tale takes place on a remote island in the Galapagos chain tucked away in the Pacific Ocean, and it’s helping scientists to understand how new species can form much faster than we typically imagine.

Back in 1981, researchers working on a tiny volcanic island north of Santa Cruz called Daphne Major realized a strange bird that didn’t look like anything typically found on the remote dot of land. It was larger and built differently than the few bird species native to the island, and it also sounded different. It was clear that the bird wasn’t from Daphne Major, but its origins were unknown, so the scientists caught and tested the bird’s blood before releasing him. What happened next was a shock to the scientists.

Not content to live out his life on the island where he clearly didn’t belong, he actually managed to find a mate among the native finch species, resulting in hybridized offspring that were a mix of the two. These new unnamed birds were called simply “Big Bird” because they were larger than the native species, and while it was strange on its own, nature had one more curve ball in store for researchers.

After reaching maturity, the new Big Birds attempted to find mates of their own only to be met with a big problem. The hybrid birds couldn’t replicate the song of the native finches, and that, combined with their difference in size, prevented them from attracting mates. What they did manage to attract was each other, and interbreeding resulted in more and more Big Birds on the island. Now, six generations later, the hybrids are their very own established species.

The original “lost” male was eventually identified as a cactus finch that had originated on a neighboring island over 60 miles away, but the new species is now an entirely unique animal. The assumption that it takes long stretches of time to create new species has been tossed out the window, and the ongoing study of the Big Birds revealed that it takes as little as two generations for an entirely new species to take root.