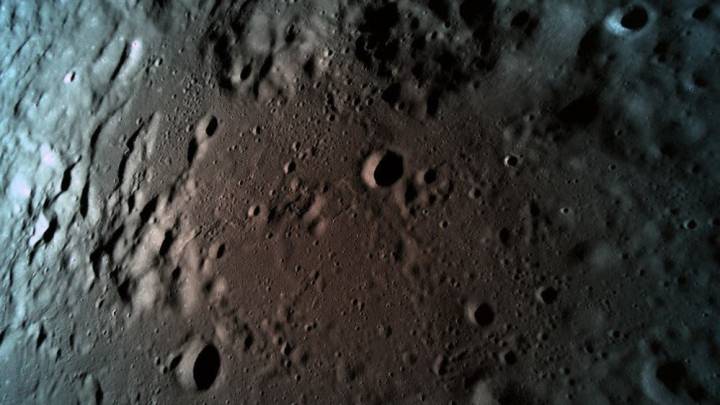 Last week’s attempted lunar lander by SpaceIL’s Beresheet spacecraft didn’t quite go as planned. Actually, that’s putting it mildly; it totally crashed. Nevertheless, the privately funded mission accomplished a number of firsts, and returned some lovely images from its descent as an added bonus.

First we were treated to a view from high above the lunar surface — a selfie of sorts — and then, shortly after the crash, a second image emerged that appeared to be the last thing that the lander saw and sent back to Earth before it died.

Now there’s an entirely new wrinkle, with SpaceIL revealing that the lander snapped another picture that nobody had seen before, and this is the actual last thing it saw before slamming into the Moon at a speed of over 300 miles per hour.

This is the last picture that Beresheet took, at a distance of 15 kilometers from the surface of the Moon.#Beresheet #SpaceIL pic.twitter.com/fGhNkvg5Qd

It’s a pretty fantastic shot, offering a detailed look at the lunar surface at a distance of roughly nine miles. That being said, it’s not totally clear why it took a few days for this last photo to surface, especially considering the spacecraft was obliterated when it struck the Moon and obviously wasn’t sending back observations after it was destroyed.

Whatever the case, it’s neat to see it now, and SpaceIL has already made it clear that it intends to successfully land a spacecraft on the Moon even after this first attempt came up a little bit short.

An announcement was made shortly after the end of the first Beresheet mission that “Beresheet 2.0” was already in preliminary planning, and SpaceIL would immediately begin working towards its next effort to land a spacecraft on the Moon without destroying it. We don’t know when that mission might come to fruition, but it likely won’t take nearly as long as SpaceIL’s first attempt, given all the work the company has already done on space-ready tech.