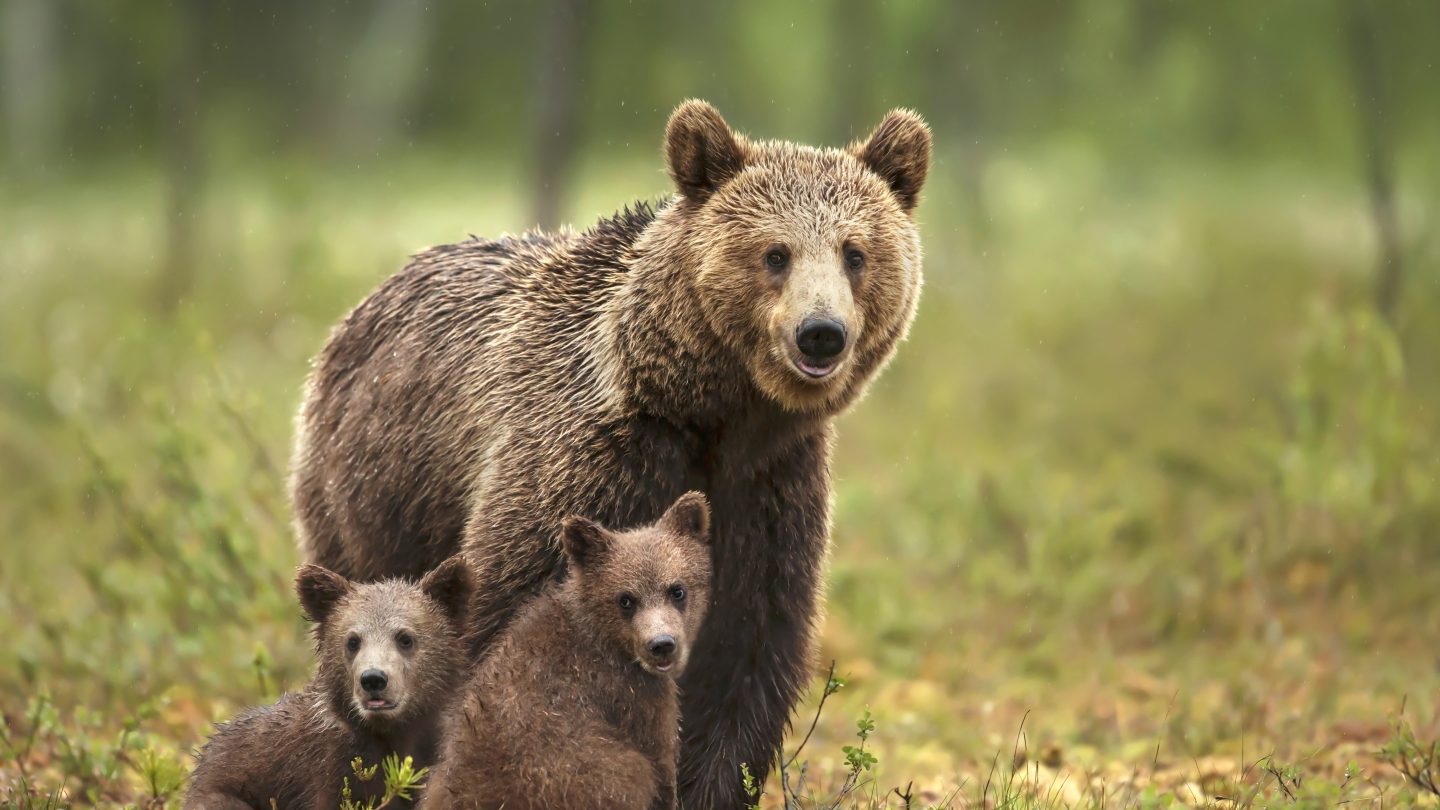 A video showing bears being shot while roaming around on top of a Russian nuclear submarine has gone viral, sparking swift criticism even as the Russian Navy defends their actions. It was an incredibly bizarre situation, with a mother bear and small cub finding their way on top of a large submarine while the vessel was in port, but did the bears really have to die? The Russian military says yes.

In the video, the large adult bear and her cub are seen swimming toward the submarine and eventually climbing up on top. The pair don’t appear to have a care in the world, but that all changes once they are fired upon. The clip, which I won’t embed because it’s pretty sad (you can find it if you really want to) shows one of the bears tumbling back into the water off the side of the sub after being shot.

It’s a sad scene, but The Moscow Times reports that the shooting was a necessity according to the Russian Navy’s Pacific Fleet spokesperson. According to the report, “a hunting expert and instructor from the military town of Vilyuchinsk was called in to kill the bears with a ‘specialized hunting weapon.'”

In the video itself, the voice of what we can assume is the person holding the camera speaks in Russian. The translation is reportedly something along the lines of “There’s no other way. If you chase [them] out, they’ll wander into the villages.” This suggests the decision to kill the bears was based on not wanting the bears to go searching the nearby settlements for food, rather than any danger they actually posed to the submarine or military personnel in the area.

According to a statement by the Russian Navy, bears in the region can become aggressive when they are particularly hungry, and “at least 50 aggressive bears” have had to be dealt with so far in 2020 in the region. The most common type of bears in the area appears to be brown bears, which aren’t typically hostile toward humans. That can change, of course, and when food is scarce and the bears brush up against villages in search of an easy meal from the trash, confrontations between the animals and humans aren’t uncommon.

The reason this particular incident gained so much attention is that the killing was recorded on video. It likely isn’t the first time the Russian Navy has done something like this, and it won’t be the last. Brown bears are not endangered or at risk of being wiped out, but it’s still sad to see a mother bear and her cub killed because they swam to the nearest thing they could see, and it happened to be a nuclear submarine.