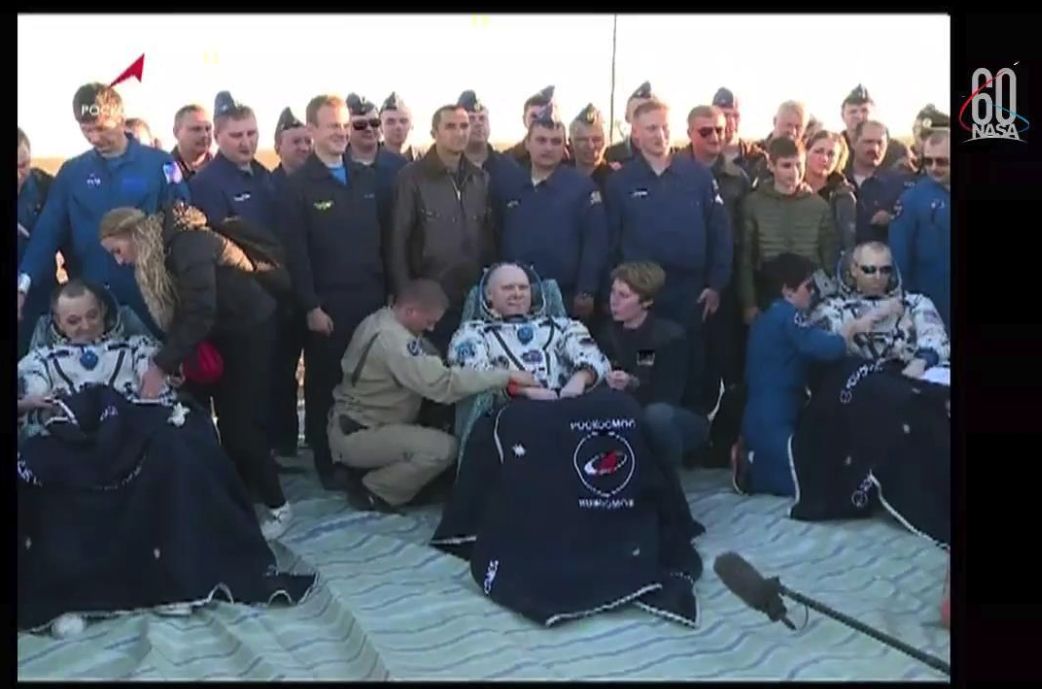 A trio of scientists who spent nearly 200 days in space have now landed safely back on Earth after departing the International Space Station. NASA’s Drew Feustel and Ricky Arnold, along with Russian cosmonaut Oleg Artemyev, plunged back down to solid ground earlier today, landing in Kazakhstan shortly before 8 a.m. EST.

The crew, which were part of Expedition 56, rode the Russian Soyuz MS-08/54S spacecraft back to our planet, and everything about the departure and descent appears to have gone just according to plan. The Soyuz MS-09/55S capsule — the vehicle at the center of a growing controversy over an unexpected and unexplained hole which appeared in its hull — remains attached to the International Space Station.

The crew accomplished a lot during their many months in orbit, taking delivery of five cargo deliveries containing not just supplies for survival but also various tools and instruments to carry out scientific experiments in the zero gravity environment.

Both Feustel and Arnold completed several spacewalks which took them beyond the confines of the ISS and into the vacuum of space. They performed maintenance by replacing external cameras mounted on the space station and also upgraded various components related to the spacecraft’s cooling and communications systems. In total Feustel now has nearly 62 hours on spacewalks and Arnold has tallied over 32 hours.

The International Space Station now has just three inhabitants, but it won’t remain that empty for long. The duo of NASA astronaut Nick Hague and Russian cosmonaut Alexey Ovchinin are slated to launch towards the spacecraft on October 11th, officially joining the Expedition 57 crew later that same day.

New departures to and from the International Space Station almost always include a trio of travelers, but the upcoming launch is slightly different. A Russian scientist who was to join the crew was pulled from the mission because the instruments he has been trained to use have been pushed back to a later date.