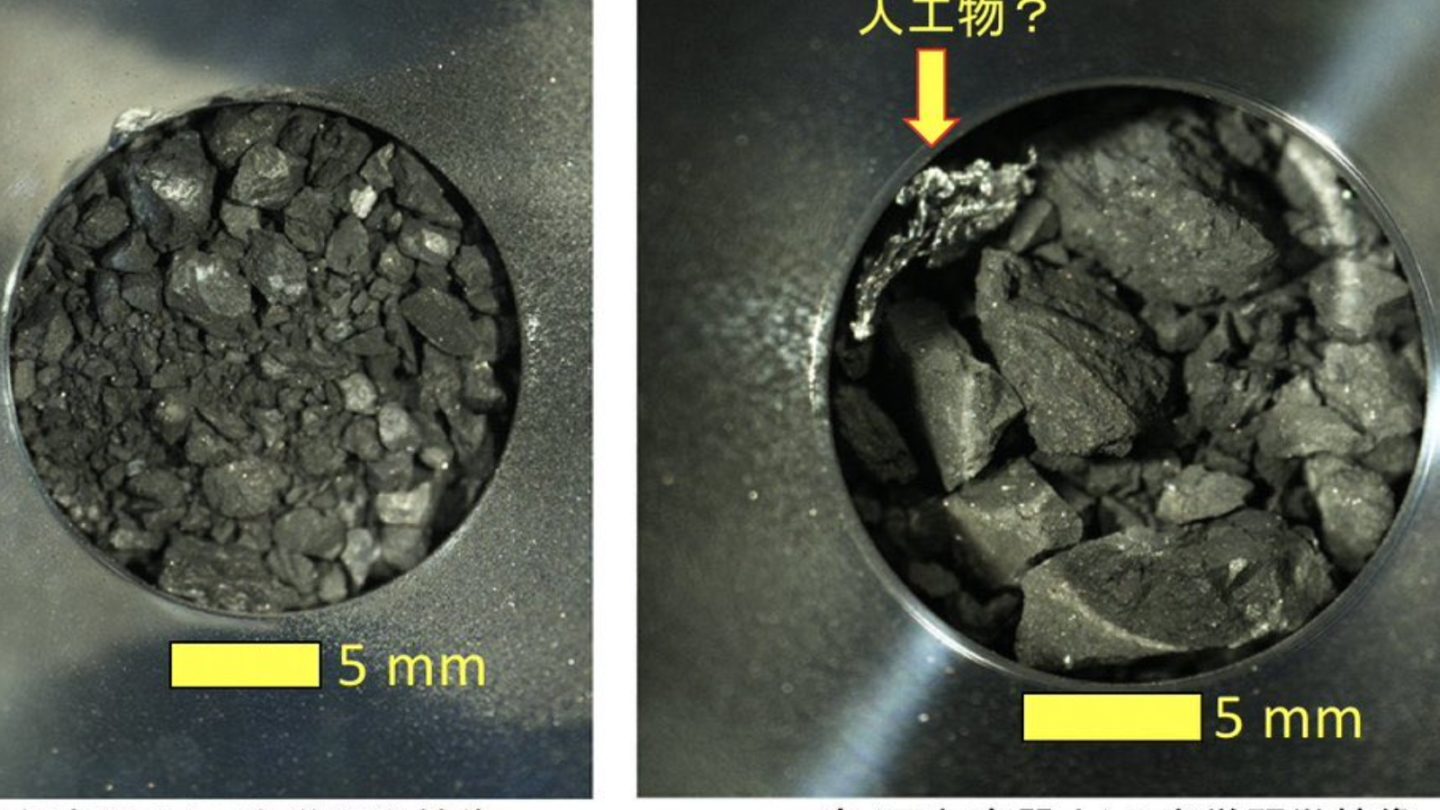 Japan’s Hayabusa2 asteroid probe mission took a long, long time. Flying to and from the asteroid Ryugu took many months, and the time the spacecraft spent in orbit around the asteroid was lengthy in its own right. The biggest risk for the spacecraft — and one of the most important objectives of the mission — was to bring asteroid samples back to Earth.

It completed that task just a couple of weeks ago, and Japan slowly began to reveal information about the samples that the probe gathered. The first reveal was somewhat underwhelming, revealing some black, charcoal-like dust and small pebbles from the first sample collection attempt. Now, after JAXA showed off its second batch of asteroid sample material we can say with certainty that the mission was an absolutely huge success.

As Komo News reports, the most recent release of images of the asteroid samples offers us a much clearer picture of what Japanese scientists will be working with in the coming months and years. The second sample in particular looks quite promising, with larger chunks of rock that are apparently very hard, according to JAXA.

The differences in the sample material have been attributed to the very different circumstances under which they were collected. The first sample was snatched when Hayabusa2 made a brief touchdown on the asteroid, so it was mostly dust and smaller pebbles from the surface. For the second sample, the JAXA team actually used Hayabusa2 to launch a projectile at the asteroid, blowing a hole in the surface so that material could be collected from within the rock.

The fact that the second sample includes rocks both large and small suggests that the bedrock of the asteroid varies in terms of hardness, according to JAXA space materials scientist Tomohiro Usui. The asteroid samples are being studied in a somewhat casual way at the moment, with observations being noted, but the much more in-depth studies into the material and what the rocks may contain will happen over the course of many months and perhaps even years.

Meanwhile, the asteroid probe itself isn’t done with its work. after dropping the samples off on Earth, the probe cruised back out into space. It’s headed for another asteroid that JAXA wants to study, but this one will take a bit longer to reach. The journey to the asteroid will take 11 years, so we won’t be hearing much about that for some time.