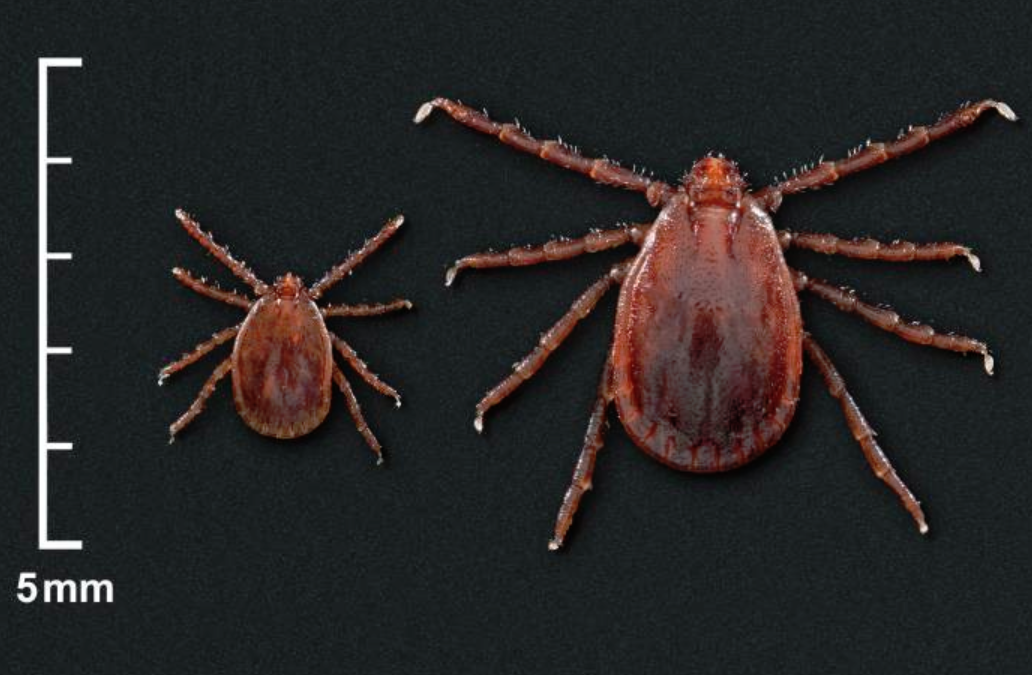 Outdoor adventurers in the United States have plenty of tick problems of their own, and anyone who ventures into the woods in many areas of the country needs to be on the lookout for the tiny parasites and make sure none have latched on. Now, a new invasive tick species is getting a foothold in the country, posing a danger to humans and animals.

The ticks are a nuisance in their native Asia where they have been blamed for spreading disease to humans as well as affecting livestock. As the Washington Post reports, the ticks are capable of carrying many diseases and drink enough blood to affect the output of dairy cattle production by up to 25 percent.

A new report by the CDC highlights the dangers posed by the ticks. According to the organization, the tick species has been spotted in the United States in 2017 and 2018, located in a number of states including Arkansas Connecticut, Maryland, New Jersey, New York, North Carolina, Pennsylvania, Virginia and West Virginia.

The species, called the Asian longhorned tick (Haemaphysalis longicornis), has a knack for spreading. Females of the species can lay eggs without mating, making it fairly easy for the parasites to bolster their numbers in short order.

“The presence of H. longicornis in the United States represents a new and emerging disease threat,” the CDC says. “Characterization of the tick’s biology and ecology are needed, and surveillance efforts should include testing for potential indigenous and exotic pathogens.”

If you believe you’ve found one of these ticks there’s a few things you should do, according to the CDC. For starters, if you find it on your body or pet or animal, remove it immediately. Then place the tick in a jar or vial of rubbing alcohol and seal it. Contact your state’s agriculture department for information on tick identification and, if necessary, follow up with your veterinarian (if the tick was found on a pet).