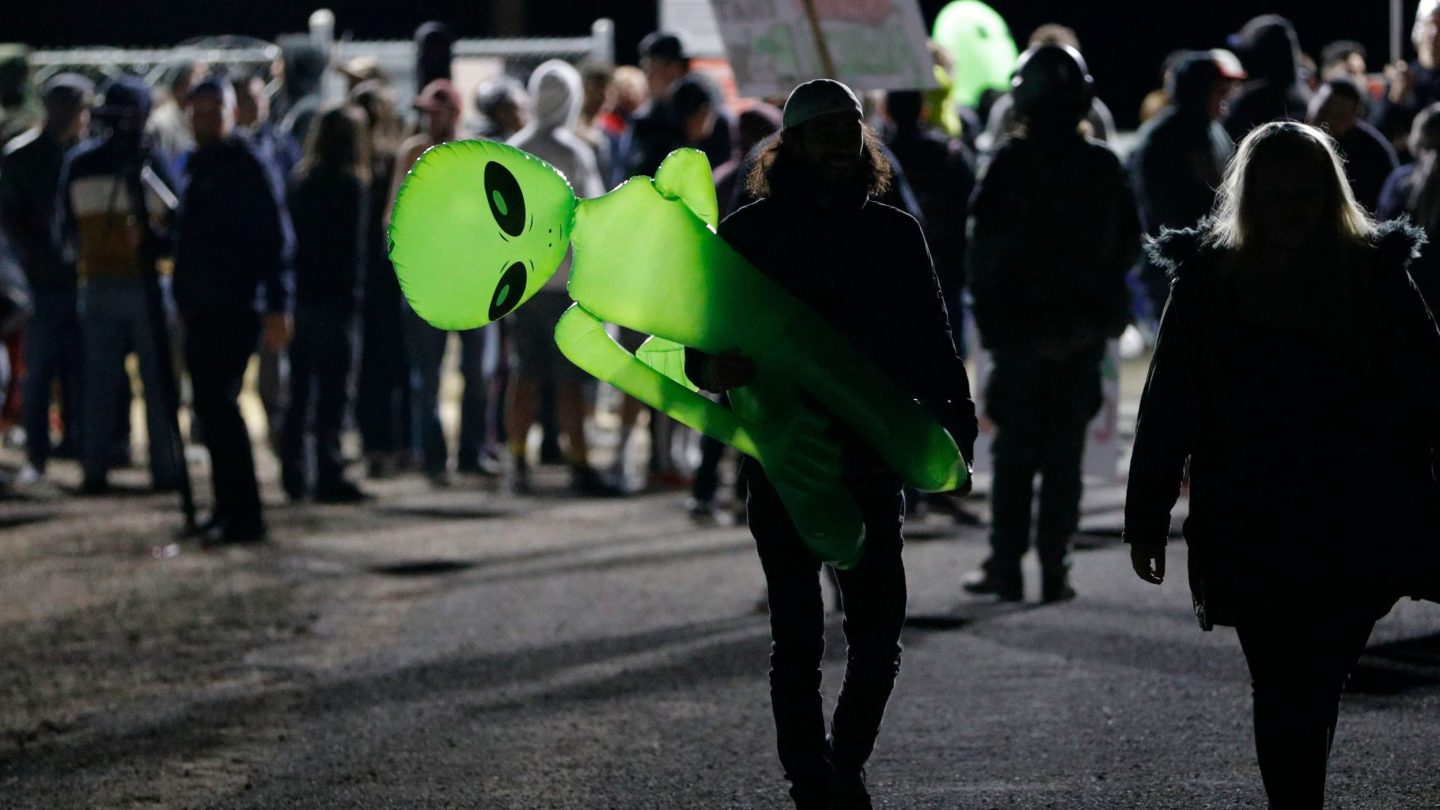 What started as a joke on Facebook — and eventually spawned a real-life gathering of alien hunters in the Nevada desert — quietly reached its climax over the weekend as a few dozen extraterrestrial enthusiasts stood around at the front gate of Area 51 and demanded to see a real-life alien. Their demands were not met, and they went home without incident.

The “Storm Area 51” event on Facebook gathered millions of supposed attendees, but the actual turnout what pretty modest. Last week, law enforcement in nearby Rachel, Nevada, expected as many as 30,000 people to show up for an alien-inspired festival, but video from the actual Area 51 reveals that only a few dozen people actually showed up at the military base. Videos shot from attendees are underwhelming, to say the least.

According to a variety of reports, around 3,000 people ended up attending the festival, but only a couple hundred found their way to the military base at one point or another over the course of the weekend. As you can see, nobody really felt like challenging law enforcement.

Based on videos shot by those who traveled to the front gate of the base, the largest group was only a few dozen strong, and they were met at the checkpoint by a large contingent of local law enforcement. There’s a lot of standing around and very little “storming,” but that’s probably for the best.

The gathering was peaceful, with the would-be alien hunters laughing and joking with the officers and pleading with them to bring out “at least one alien.” Those requests were not granted.

The vent may not have produced the results that some wanted, but you’ve got to hand it to the dedicated few that actually traveled to the Nevada desert for the virtually nonexistent chance at seeing an alien. Better luck next time?