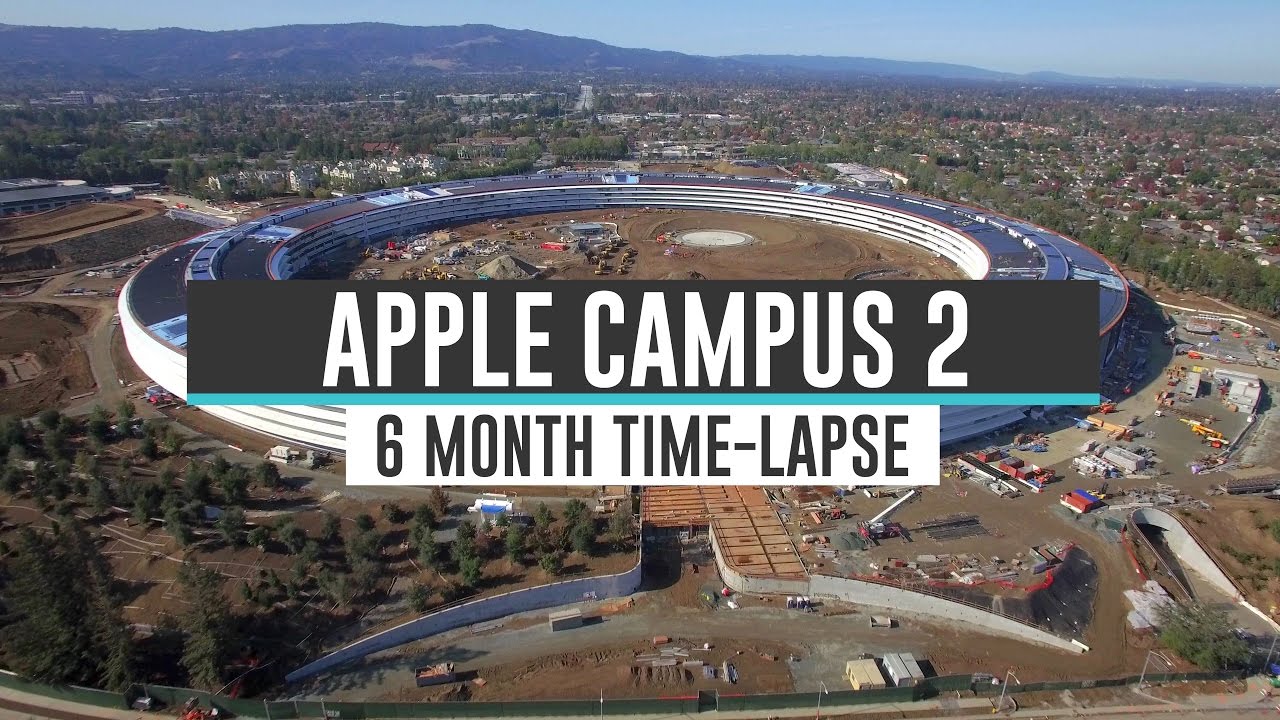 Over the last few years, Apple has slowly been spending some of its giant wad of cash to build a gigantic new headquarters. The obviously-named spaceship will eventually house Apple’s staff, keep the R&D department in a hermetically sealed blogger-proof building, and give Apple its own auditorium to show off courage to the eager public.

As it currently stands, most of the big construction is done. The main building has a structure, something that looks like a roof, and most of its walls. The iHill mountain of dirt has been graded, access roads and parking lots are nearly done, and aesthetic touches like glass walls are starting to go up.