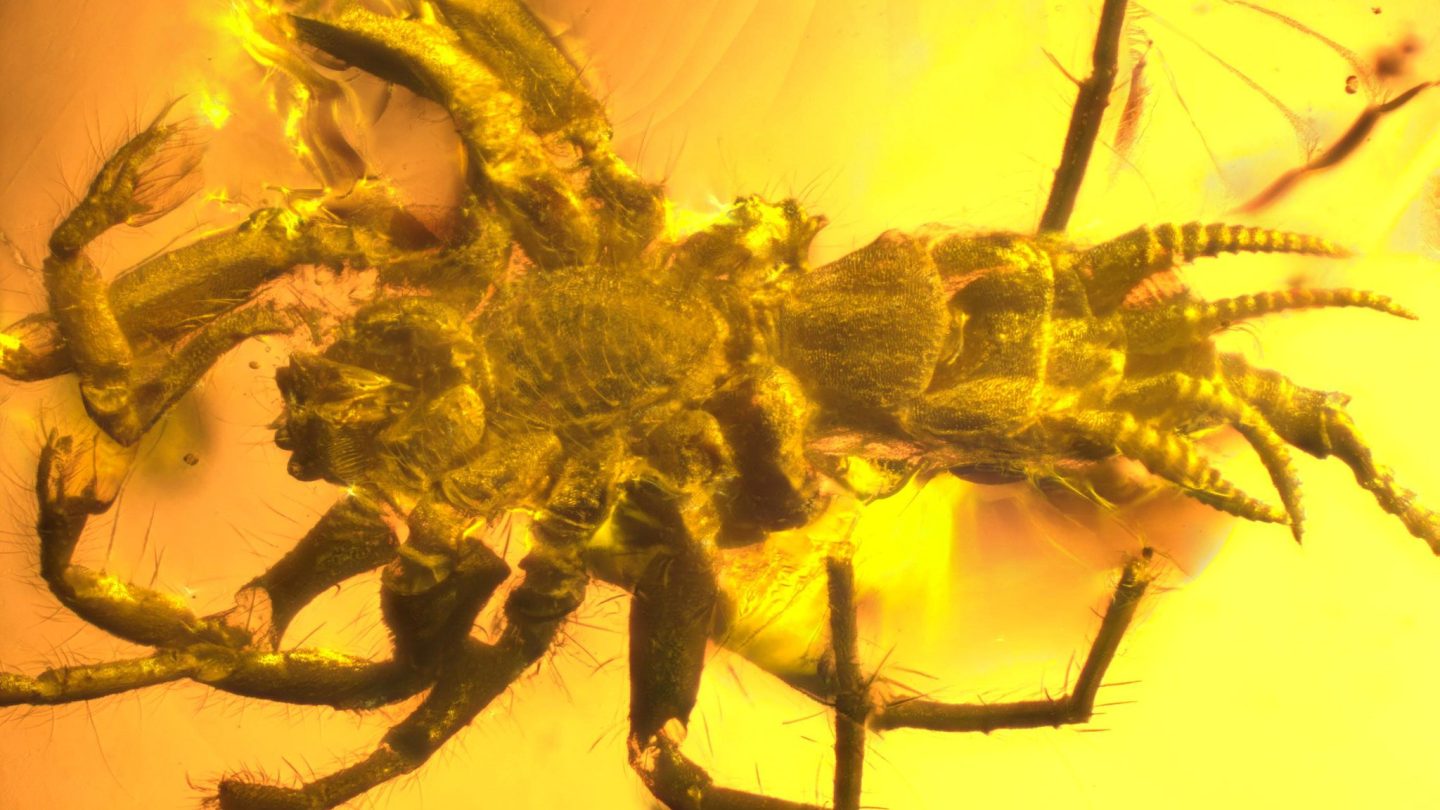 If you’re one of the many people who have a fear of spiders, going back in time 100 million years apparently wouldn’t have done you any good. A new, bizarre spider-like creature has just been discovered in Southeast Asia, having been encased in amber during the Cretaceous period some 100 million years ago, and it might be more terrifying than any of the creepy-crawlies lurking in the dark corners of your basement.

The creature, which has been named Chimerarachne yingi, boasts a strange mix of features that we see on modern-day arachnids. It has eight spider-like legs and fangs up front, while its rear end is dominated by silk-producing spinnerets punctuated by a long, thin tail. So, what is it? Well, believe it or not, scientists actually can’t decide.

Some modern-day arachnids like whip scorpions (which aren’t even technically scorpions at all) have long tails which act as sensory inputs. However, unlike this newly-discovered species, whip scorpions also boast powerful pincers which they use both offensively and defensively.

Research papers detailing the discovery, which were published in Nature, are clear about one thing: C. yingi isn’t a spider, but it’s also not far off. Arachnids have a twisted history, and paleontologists know that some of the closest ancient relatives to spiders didn’t survive through to the modern day. However, the researchers are taking their time in actually classifying this new creature because they want to be absolutely sure that it either belongs in an existing category or is the first example of an entirely new branch.

Remarkably, the amber in which the four known examples of C. yingi were discovered wasn’t yanked out of the ground by the scientists themselves. The specimens were actually found in Myanmar where amateur amber hunters bring their finds to sell to the highest bidder. In this case, the ancient fossilized tree sap held something that was previously unknown as far as science is concerned.

The only good news for you arachnophobes is that even if you’d have run across this creepy little critter a hundred million years ago you might not have even noticed it. At only about 2.5 millimeters long, it wouldn’t have caught your eye if it were scurrying along the ground.