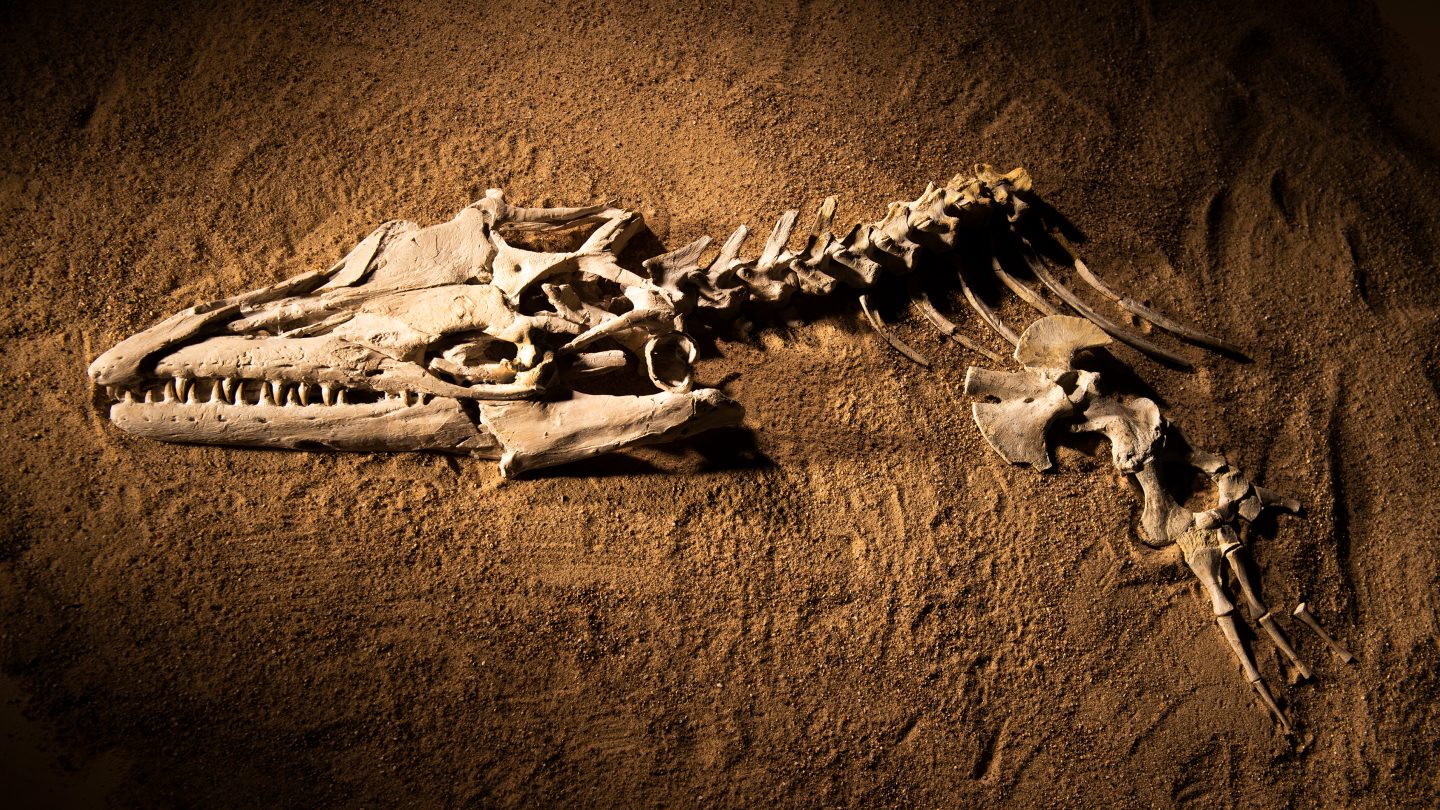 Swimming in the ocean today might put you face to face with some pretty intimidating predators, but they’re no match for what lurked below the waves tens of millions of years ago. When the chunks of land that are now South America and Africa made their exodus from the supercontinent Gondwana over a hundred million years ago, the ocean that filled in the space between them became home to some of the most ferocious ocean predators the Earth has ever seen.

Mosasaurs, which were long, lizard-like aquatic animals with flippers and massive jaws, assumed the role of apex predator, and ruled the seas for tens of millions of years. Now, as NPR reports, new mosasaur skeletons are about to go up on exhibit at the Smithsonian thanks to the hard work of paleontologists who have been scraping at rock in Africa for over a decade.

The fossils were found in Angola, located on the coast of South Africa, and researchers like Louis Jacobs from Southern Methodist University in Texas have been slowly piecing them together for years now. The tedious work has resulted in some truly stunning examples of one of the true “sea monsters” in Earth’s history. Their work will be put up for exhibition on Friday at the Smithsonian Institution in Washington, D.C.

The creatures themselves were incredible beasts, stretching up to 50 feet long and boasting three-foot-long jaws lined with pointed teeth. It was built to rule its domain and would have been capable of dispatching just about any other animal at will. But it wasn’t invincible.

One of the more interesting fossils discovered by paleontologists is actually the remains of several mosasaurs. A larger specimen ate two of its younger peers, and bones of both of the animals were found in the larger creature’s stomach. A gruesome discovery to say the least, but there’s more; dotting what would have been the exterior of the largest mosasaur’s body are shark teeth.

No, the shark (or sharks) didn’t dispatch the massive dinosaur, as it would have been no match for it. Instead, researchers believe that the shark scavenged the corpse after the behemoth had died, busting off teeth in the mosasaur’s body as it tore chunks away. Yeah, the ancient ocean was a wild place.