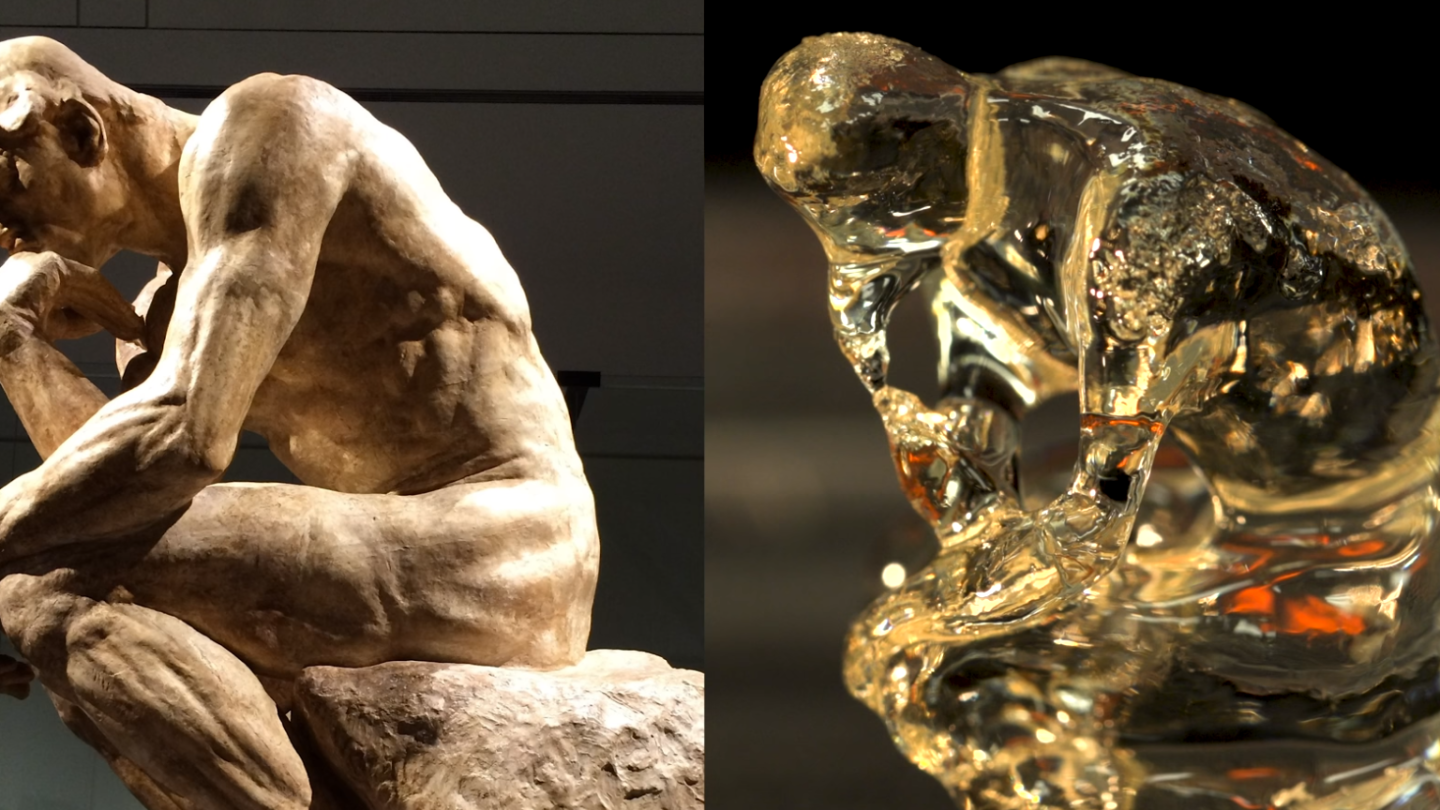 We’ve all seen what modern 3D printing technology is capable of, but it still has some serious limitations. Many times, 3D printed objects come out quite rough, with jagged edges and uneven surfaces, and even then the objects themselves are limited in complexity. Researchers from the University of California Berkeley thought they could do better.

The team has just revealed a novel new 3D printing process that doesn’t “print” the object at all, but rather pulls it straight out of a gooey liquid. The system, which the scientists have nicknamed the “replicator” in honor of the futuristic tech of Star Trek, is capable of creating incredibly smooth, flexible objects that just aren’t possible with regular 3D printing.

The key to the replicator’s power is a light-sensitive gel-like liquid that hardens when hit by a certain intensity of light. The liquid is poured into a transparent cylinder and placed in front of a projector. Using a 3D model of the object to be replicated, a computer tells the projector what patterns to beam onto the cylinder as the container rotates. The work was published in Science.

This process hardens specific areas of the gel, creating a rigid 3D shape within the liquid which can then be removed. The result is a smooth object with greater detail than you’d normally see from something produced by a 3D printer.

“Basically, you’ve got an off-the-shelf video projector, which I literally brought in from home, and then you plug it into a laptop and use it to project a series of computed images, while a motor turns a cylinder that has a 3D-printing resin in it,” Hayden Taylor, senior author of the research, said in a statement emphasizing the system’s simplicity. “Obviously there are a lot of subtleties to it—how you formulate the resin, and, above all, how you compute the images that are going to be projected, but the barrier to creating a very simple version of this tool is not that high.”

Obviously such a system would need to be refined quite a bit before it could catch up with traditional 3D printing in terms of marketability, but it’s already showing a lot of promise and could be useful in a variety of applications.