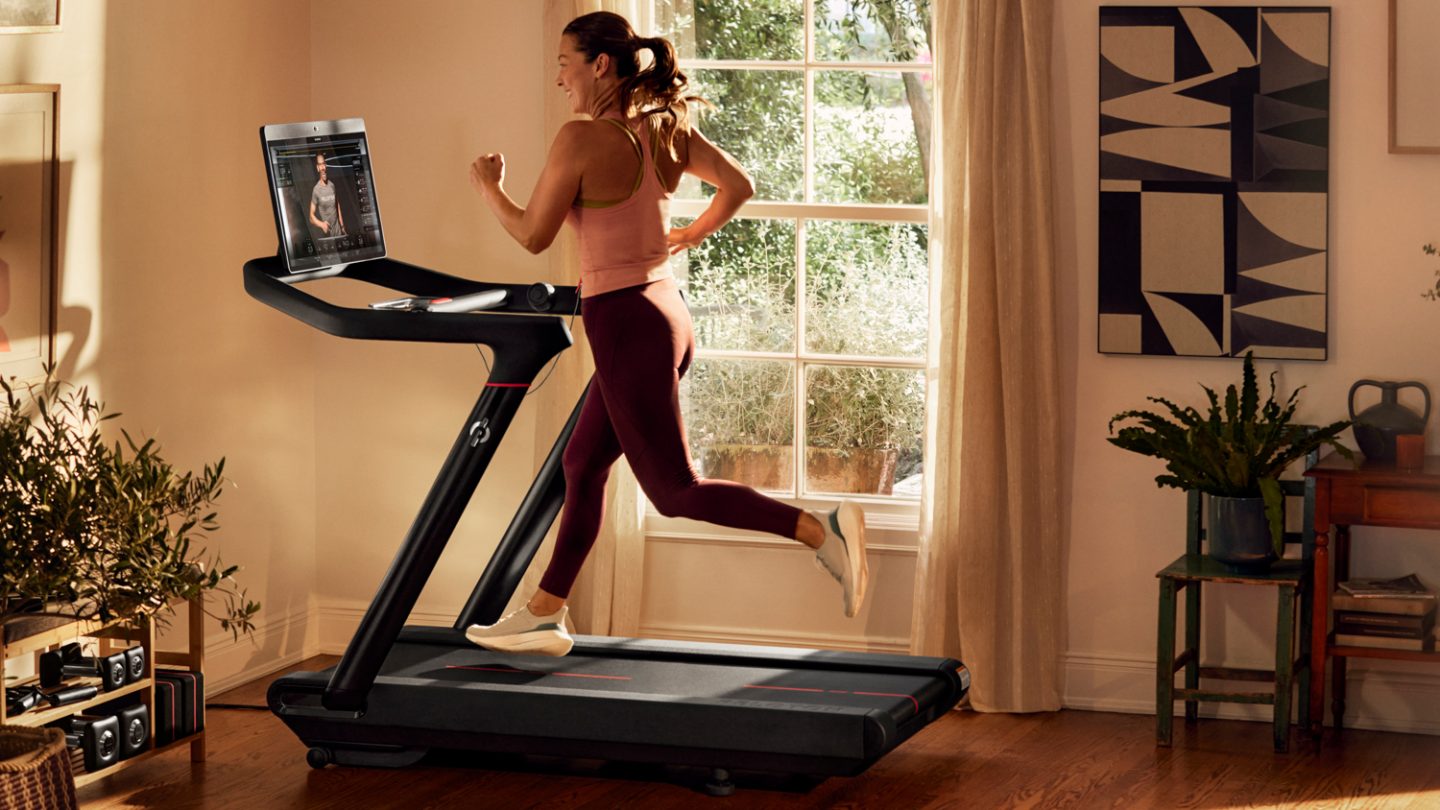 Peloton is going through some stuff right now. While the company grew into a Silicon Valley darling during the COVID-19 pandemic, it has suffered a few incredibly public setbacks. So much so, that it’s reportedly considering buyouts from Amazon, Apple, and Nike.

The Peloton Tread has had its own fair share of controversy too. After the tragic death of a child, Peloton recalled the original Tread and Tread+, before launching revamped versions later on. This was followed by Peloton’s corporate implosion, resulting in the layoffs of 20% of its workforce.

But while Peloton’s own future is a little…hazy…the Peloton Tread is still available, and for a lower price than ever. And the hype is justified. The Tread is an excellent treadmill that blends tech with home workout equipment in a way that makes working out at home a whole lot more fun. But despite the price cuts, the Tread is far from cheap. Is it worth the investment?

The Peloton Tread is very expensive, but it’s also very well-built and offers a great selection of classes. 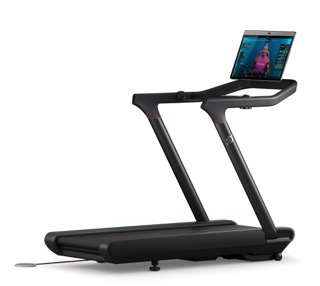 Physically setting up the Peloton, from the customer’s perspective, is…easy. That’s because Peloton works with logistics companies around the country to set up the Tread for you. So, all you’ll have to do is tell them where to put it, and they should set it up for you.

Now, my experience wasn’t necessarily the easiest though. It all started off fine. I scheduled the delivery and setup, and the company in my local area, XPO Logistics, came on time and set the treadmill up upstairs, where I wanted it. After they left, however, my Tread attempted to update, and got hung up halfway through. Resetting and power cycling didn’t help. After a call with customer service, I was told I’d need a replacement. That’s all well and good — customer service was helpful, and these things happen.

But scheduling the replacement was a bit of a nightmare. After scheduling with XPO, the delivery truck showed up only to inform me that I would need to reschedule because my Tread was upstairs, and they needed three people to carry a Tread upstairs. I’m all for safety guidelines, but it seems like they should have known it was upstairs given the fact that XPO delivered the first Tread. I then rescheduled twice. The first time, XPO just…didn’t show up. And the second time I was told the day before the delivery that I would need to reschedule again. On the third attempt, after having a faulty unit in my home for three weeks, XPO came and replaced the arms of the Tread, fixing the issue. Seems like that could have been done initially with the two people that showed up the first time, considering the fact that the main body of the Tread remained. But I digress.

In most cases, delivery and setup of the Tread should be easy. And really, it’s hard to fault Peloton itself for the issues I experienced. But it’s worth keeping in mind that Peloton contracts deliveries and setups out to third parties, and your experience with them may vary.

Once the Peloton Tread is finally set up, you’ll notice that it’s definitely a premium-looking product. It’s built from high-end plastics and metals, features nice little touches like the red line in the middle to better help your form, and should look great in any home.

At the heart of the Tread is the big touch display, which looks great. It’s a hefty 24 inches, and is bright enough for all situations, even in direct sunlight. It has speakers built into it that easily get loud enough to be able to hear your instructor over the noise of the treadmill itself. The speakers in general are clear and crisp. That said, if you really want to get the full effect of the music, I recommend using headphones.

On the arms on the left and right, you’ll get scroll wheels that control the treadmill’s speed and incline. Those wheels also have a button in the center that lets you increase speed and incline in specific increments, which definitely comes in handy.

Peloton clearly wanted to build some new safety features into the Tread too. The Tread has a new safety key symptom. When the key is removed the built-in LED lights will flash red to let you know that the system is locked. And, every time you use the Tread, you’ll need to enter a PIN code. These features combined are meant to prevent unauthorized use, and I’m glad they’re here.

Overall, the Tread looks like…a treadmill. But it looks like a high-end treadmill that’s clearly a cut above much of the competition. You would expect that at this price, but it’s still nice to see. It’s also very sturdy — nothing about it feels flimsy or badly built. Keep in mind, however, the Tread is not really portable. It’s meant to be installed and left in place, despite the fact that it has wheels built into it.

The real draw of the Peloton Tread has less to do with the actual hardware, and more to do with the services. Those services don’t come cheap. To access a membership on the Peloton Tread, you’ll need to shell out $39 per month, on top of the $2,695 for the Tread itself (including the $350 setup fee). I get that they’re a little different given the hardware integration. But compared with Apple’s $9.99-per-month Fitness+ service, Peloton is far from cheap.

That said, Peloton’s range of classes is excellent. There are classes for all fitness levels and time commitments, and you’ll get real-time metrics about things like calories burned. I tended to prefer the HIIT running classes, but others will have other preferences. There should be something for everyone. There’s also a leaderboard, which updates throughout a class and makes using the Tread that extra bit more competitive. And, you can set specific goals if you have them — like wanting to run a 5K. If you so choose, you can also use the Tread without participating in a class — with the Just Run mode.

The instructors are great too. They’re motivational and enthusiastic, and I had no trouble following along with what was happening, and about to happen in a class. If I had one criticism, it would be that there’s room in Peloton’s slate for better body-type representation.

The Peloton Tread interface is relatively easy to navigate too. You can scroll through rows of content, and you’ll get recommendations based on your previous workouts. You’ll be able to see the time commitment for each class, which helps.

You can join live classes, or you can watch pre-recorded classes, which is good news for someone like me, who prefers to fit workouts in when I have time at the end of the day, rather than by structuring my day around a workout time. The Tread has a camera built-in for taking profile pictures or working out while video-chatting with friends, but you can cover this camera with a physical cover.

I like the overall look and feel of the interface, but the display really is very big and bright. Normally, that’s good — but a dark mode might have been nice for those who work out first thing in the morning and aren’t ready for that level of brightness.

The Peloton Tread is an incredible product, but you would expect nothing less at this price. The hardware itself is well-built, and you’ll get a whole slew of great workouts and classes. It’s a great modern take on the treadmill.

But it’s also the iPhone of treadmills, and that has its pros and cons. The Tread is for those who are confident that they’re all-in on Peloton, and don’t mind spending the high upfront cost and ongoing subscription cost. If that’s you, you’re going to love the Tread.

Those uncertain about the costs could potentially get a satisfactory experience elsewhere — like with a cheaper treadmill and a service like Apple Fitness+. That combination could save you thousands of dollars, but you won’t get the same hardware-software integration. You can get some metrics on the display with an Apple Watch though.

For those who do want the full hardware-software integrated experience, the Peloton Tread is really the only choice. That’s not a bad thing if you can afford it — it’s a great product. But if it’s a bit out of your price range, you may need to DIY a solution with a service like Apple Fitness+.

You could also consider another Peloton product entirely. The Peloton Bike comes at a much lower price ($1,445, at the time of this writing, including delivery and setup). You’ll get a similar experience with the classes and instructors, but of course you’ll be using a stationary bike instead of a treadmill.

Should I buy the Peloton Tread?

Yes, but only if you’re confident you’re getting exactly what you want for the high price.

The Peloton Tread is very expensive, but it’s also very well-built and offers a great selection of classes.