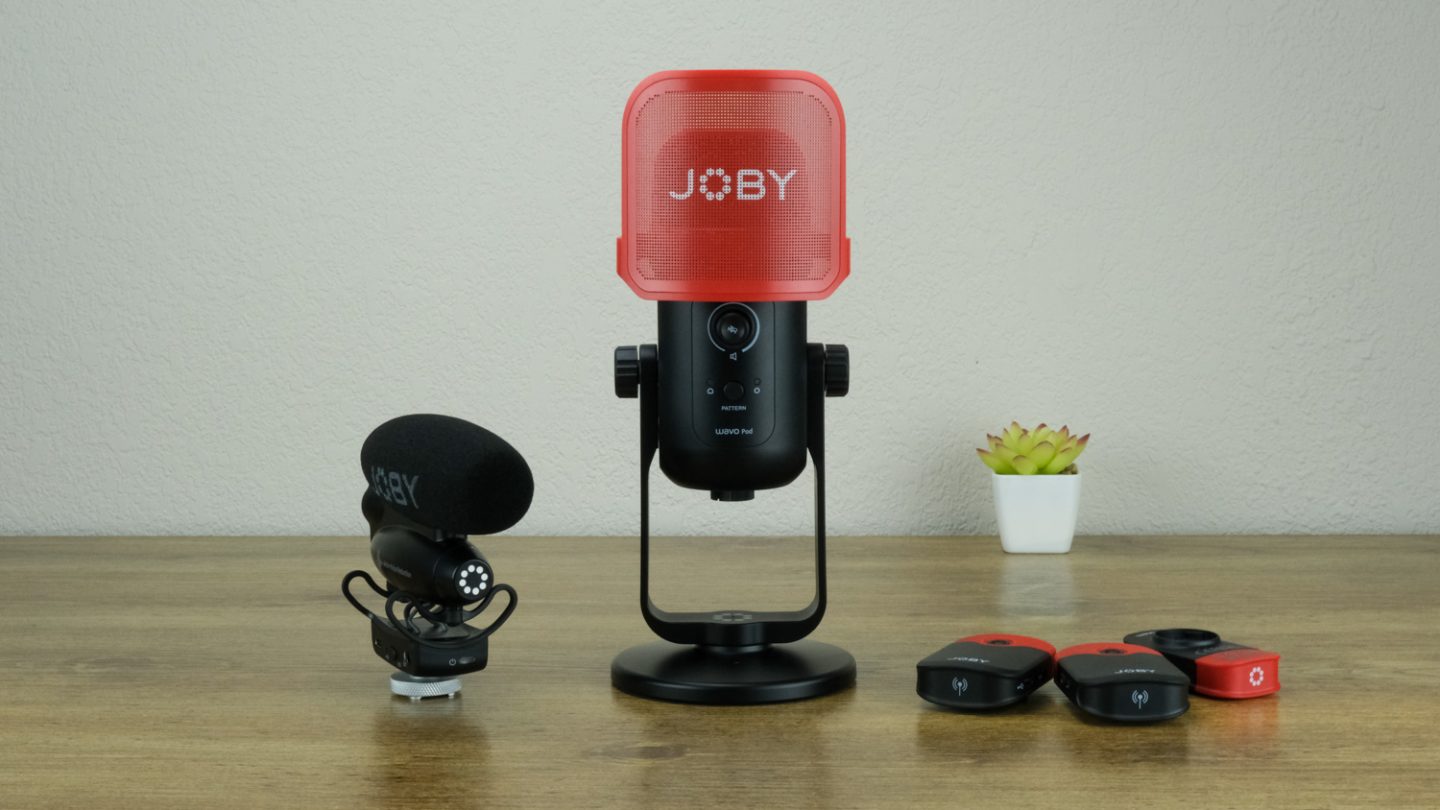 Upgrading your audio is perhaps the best way to improve your recording and streaming setup. We all have at least semi-decent cameras and webcams these days, but for some reason, the microphones built into our phones and computers still aren’t great. Joby wants to change that, and has introduced a new lineup of microphones for creators, podcasters, and streamers.

There are a hefty five new microphones in Joby’s new lineup, and they’re all built for slightly different situations and setups. In other words, Joby’s really taking on a slew of companies with its new lineup, including the likes of Rode, Blue, and more.

The Joby Wavo POD is a desktop microphone and audio interface combined, and it’s built for streaming, video-chatting, and any other situations in which you might be using your computer. The microphone is built to offer the best audio quality of Joby’s new lineup. That makes it a great choice for podcasters, streamers, and so on.

The overall design of the microphone fits well with the rest of Joby’s lineup, with a black-and-red aesthetic. On the front, it has controls for volume (with a mute button), and buttons to control the pattern. You can select between a cardioid pattern, which is better for a single voice, and an omnidirectional pattern, which will capture everything around it without blocking anything behind it. The microphone also has a headphone jack, which is part of what makes it a full-fledged audio interface.

I generally like the design of the microphone, but I do think putting the USB-C port on the back would be better than on the bottom. It’s a minor issue, though. Another design element that might have been nice is a volume meter. This would allow users to adjust the gain of the microphone to avoid clipping.

The microphone generally sounds pretty good, and more than good enough for streaming and podcasting. The built-in pop filter helps avoid the popping sounds you’ll get from certain consonants, and the microphone delivers a relatively flat frequency response. That allows you to tweak things to your liking in post-production.

The Joby Wavo POD is available for $99.99 straight from Joby’s website.

Next up is the Joby Wavo PRO, which is instead built to be mounted to a camera for better audio. This microphone mounts to a camera’s shoe mount, and it’s actually pretty smart. You’ll connect it to your camera with the included cable, and you can connect a second microphone for something like a lapel microphone. The Wavo Pro charges with the USB-C port, and has a battery life of an impressive 60 hours.

One of the coolest things about this microphone is the fact that it can connect to your phone through Bluetooth. You can then use an app to apply an EQ, change levels, and so on. It’s a cool way to get a little more control over your camera’s audio.

The shotgun microphone sounds pretty good too. It sounds a whole lot better than your camera’s built-in microphone. While there’s not a ton of bass to go around, that’s to be expected from a microphone like this.

The Wavo PRO is a little more expensive than the Wavo POD, coming in at $300. It’s also available straight from the Joby website.

Last but not least is the Joby Wavo AIR. It’s built to make the wireless lapel microphone a little more versatile. This kit comes with a receiver and two transmitters, both of which come with a built-in microphone. They can be mounted to a camera’s shoe mount, clipped to clothes, or attached to a belt or pocket with a more discrete clip-on microphone.

It’s really a smart system, and makes setting up audio on-the-go that extra bit easier. The transmitters offer a battery life of up to six hours, and are charged through the USB-C port. And, they can be charged while you use them, so you could use them with an external battery.

The Joby Wave Air is available from the Joby website, at $250. 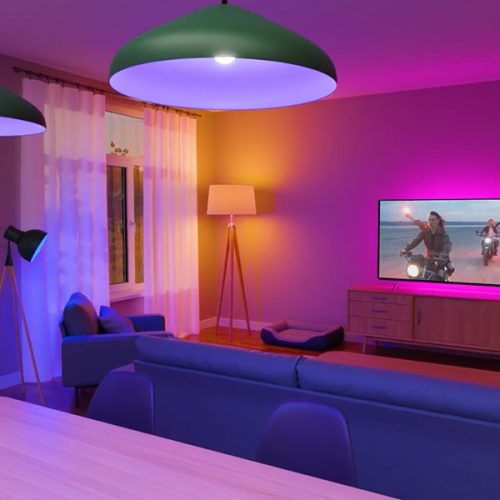 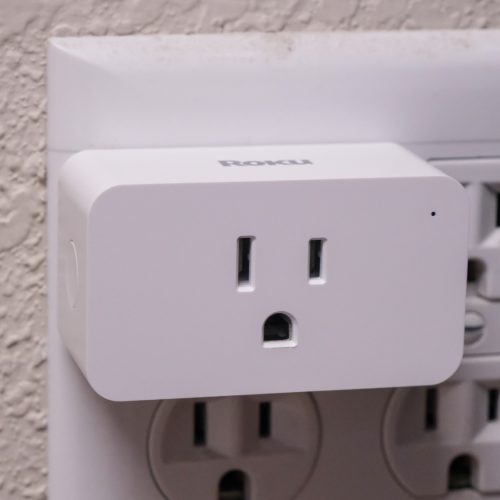 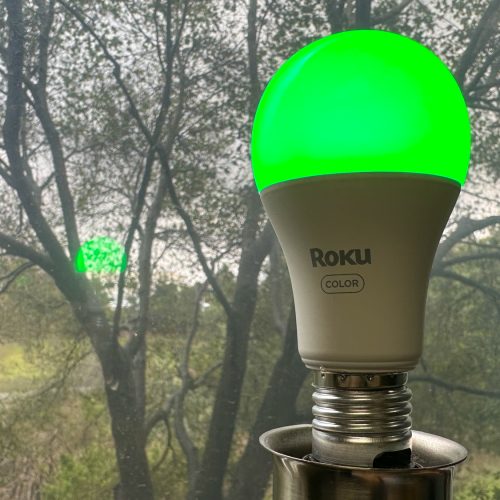 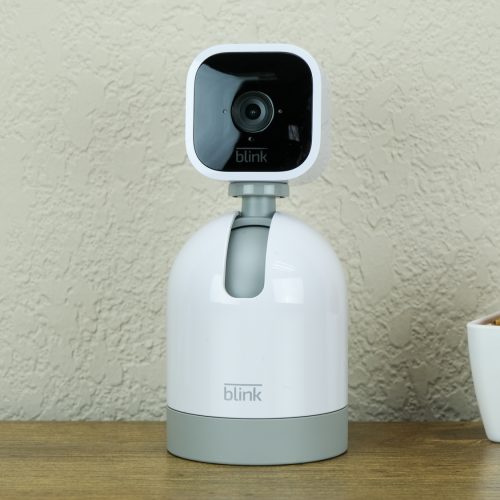 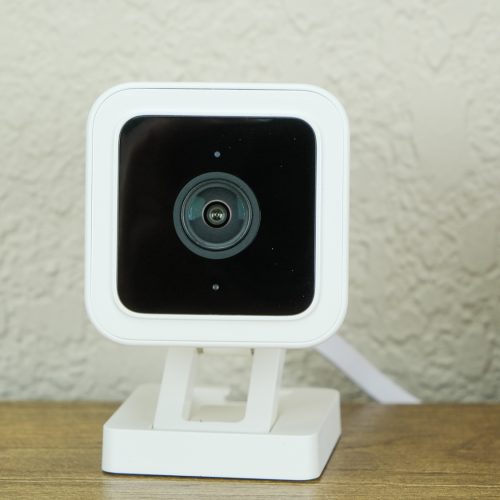