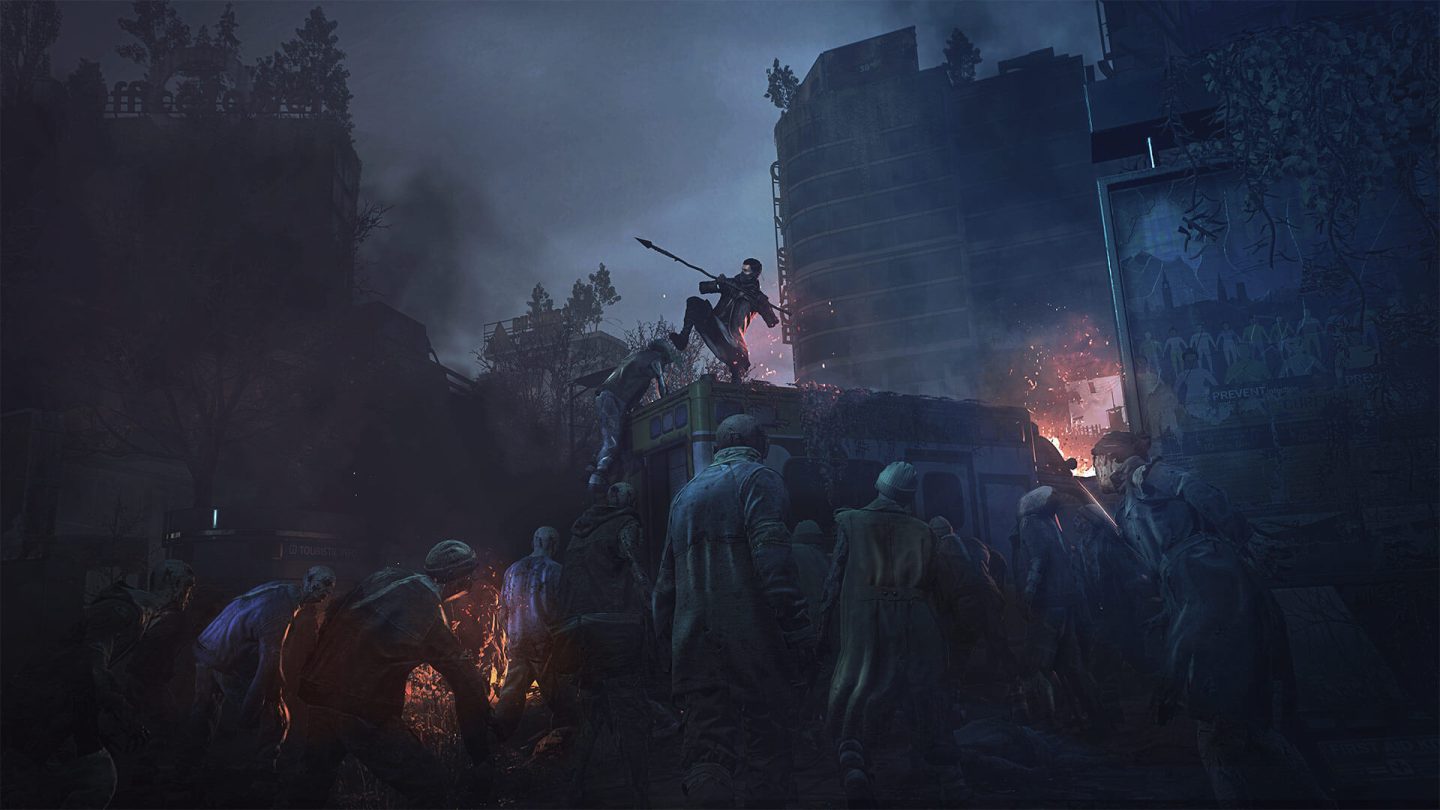 After years of development, Techland has finally delivered another parkour-filled, zombie-slaying adventure in the form of Dying Light 2. The sequel takes players to a new city, with new characters, and even some new enemy types, too. The game boasts a massive 500 hour completion time, multiple endings, and cooperative gameplay from start to finish.

At its core, Dying Light 2 builds off of a lot of great mechanics introduced in the first game. Parkour is heavy-handed throughout, with movement playing a key part in both combat and exploration. The option to play co-op with up to four players also means players can bring their friends along for the ride, or use them as fodder to distract the zombies from themselves. There’s a lot to love but there are also times when the game feels like it has a little too much fat left on the bone.

Learn more about Dying Light 2, the new world that Techland has created, and whether its worth the journey in our Dying Light 2 review. 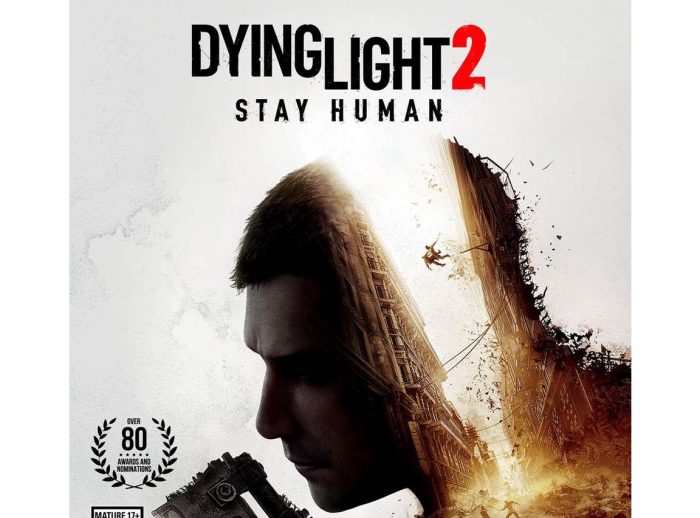 If you were hoping to continue Kyle Crane’s story from the first Dying Light, then you might be sad to learn that there’s a new character at the center of Dying Light 2’s story. Players jump into the running shoes of Aiden Caldwell, a Pilgrim who is traveling to the last known city on the planet in search of his sister. It sounds like a boilerplate plot, and for the most part, it is. The story isn’t the strongest part of the formula here, and that shows quite a bit throughout.

Aiden isn’t exceptionally deep as far as characters go, and his motivations revolve solely around finding his lost sister, who he hasn’t seen since he was a child. Even if the story’s main plot isn’t revolutionary, that would have been fine. However, many of the quests feel disconnected and disjointed as you work your way through the city. Characters come and then vanish for several missions before once more popping back up and becoming important again. It’s a strange song and dance that never really seems to find its footing completely. Instead, stumbling from one plot point to the next.

And boy, are there plot points. Like most open-world games, you’ll find yourself pushed from location to location, doing fetch quests for people within the different communities you meet. Each location breeds new story quests, and those new story quests ultimately lead to even more questions. The problem is, you never really learn the answers to these questions. So, while Aiden’s search for his sister, and his fight for the people of the city ultimately come to an end in their own ways, the story feels a bit unsatisfying. To make matters worse, some of the side quests are brilliant when it comes to storytelling. And those particular missions just make it even more glaringly obvious how disjointed the main storyline truly is.

I don’t want to give away too much for anyone who is interested in seeing what happens to Aiden and the friends he makes along the way. But, it is worth noting that there are some definite rough edges when it comes to Dying Light 2’s main narrative.

While the narrative might be a big deal to some, the gameplay is by far the most important part of Dying Light 2’s formula. With a whopping 500 hours worth of content to complete every quest, find every collectible, explore the whole map, and unlock every ending, there’s a lot of game to play here. Luckily, the gameplay shines a lot brighter than the main narrative does.

Techland has taken all that it learned about fast-paced parkour and combat in Dying Light and translated it very well to the sequel. Running across rooftops, sprinting through alleyways of undead, and just exploring, in general, feels great. The speed of running and jumping provide a nice big of momentum to the game. Ultimately, it’s the gameplay that really makes Dying Light 2 stand out.

Parkour mixes well with standard combat in Dying Light 2, and while ranged weapons like bows and crossbows are available, it’s melee weapons that pack the most punch. Axes, table legs, and an assortment of other weapons can be looted from the world. You can also mod each weapon. That lets you add fire or electricity mods to deal additional damage to enemies when you hit them. One of the biggest changes between Dying Light 2 and the first game is a change to how looting works. You can no longer grab weapons that enemies drop. Instead, you’ll be randomly given something when you loot them. This means you can’t simply run up on an enemy with an axe, kill them, and take it.

It’s by far one of the most disappointing changes to the gameplay, as it leaves gathering weapons up to chance when you loot the bodies themselves. Repairing has also changed. It can now can only be done when you add a mod now. Because mods also repair, it makes adding a mod before a weapon has been damaged a waste of resources.

As you explore the world, you’ll unlock points for both combat and parkour. These allow you to improve your character’s movement and fighting abilities. Players that enjoy slaying hordes of zombies will be happy to know that there are plenty of skills to unlock. Combat can be clunky and a bit wonky at times. But, this isn’t new for the series. Any returning veterans from the first game should feel right at home smashing table legs into zombies’ heads.

There’s also a new nighttime mechanic which has you sprinting to UV areas to keep a dangerous infection from spreading. You’ll need to make the most of your time early on. However, you’ll eventually end up with Immunity Boosters and other powerups that allow you to recharge it on the go. At that point, what was an interesting mechanic becomes little more than an annoyance.

Additionally, Techland has made the changes between nighttime and daytime more obvious. Zombies fill the streets at night, the most powerful of the zombies lying in wait to give chase. This leaves buildings clear to explore, as less zombies will fill them. Because of that, players have even more reason to explore the city at night. There are also tons of buildings to slink through. And players will find different radio towers and other facilities to activate and climb.

Finally, one of the biggest things that players will find in Dying Light 2 is player choice. This is something that Techland brought up a lot during marketing for the game. As such, it’s something that players will see a lot of as they work their way through the story. The game is made up of two main factions. The choices that they make will directly affect how those factions evolve through the world. For the most part, the changes feel pretty surface level. Turning on power stations for one faction simply unlocks certain world upgrades in that area. However, I haven’t had a chance to explore every possible ending or choice that was placed in front of me. As such, it’s hard to say just how deep some of the choices may go.

Much like its predecessor, Dying Light 2 comes with a complete cooperative experience. Players can invite up to three other players (four in total, including the primary player). Together, they can explore the city, take part in quests, and unlock powerups to make them stronger. Loot and other items are all client side, which means you never have to worry about fighting over important weapons or other gear you find in the world.

Co-op gameplay runs fairly smooth, though a few issues have popped up since the game’s release. It’s possible players could see dead enemies standing up, or even not be able to loot or kill certain enemies because they’ve bugged out. Another big issue with co-op gameplay is the fact that storyline progression does not save when players leave a game. Instead, the progress only saves for the primary player. That means any players joining their friends will need to play through the story and quests twice if they wish to play alone at any point. Considering how heavily Techland touted co-op gameplay, it’s disappointing to see this particular issue popping up.

At its core, Dying Light 2 is a successful follow-up to Techland’s parkour-filled zombie slayer. The developers have clearly tried to shove as many mechanics as possible into the game to help pull players in and keep them busy. This shows very clearly as you explore the city of Villedor, running from rooftop to rooftop. The inclusion of popular mechanics from other open-world games feels a little too on-the-nose at times, and it can get distracting to the point of being a nuisance to unlock all of the safe zones and activate all of the facilities.

The choice system, while a big part of the main narrative, feels too surface level at times. While I haven’t had a chance to fully explore the consequences of every choice, it mostly felt like something that was in place to push the story along instead of actively changing how the world acts or feels. This isn’t the first time that player choice has been watered down. However, it is blatantly obvious as players explore Villedor and meet the people that call the city home.

Altogether, Dying Light 2 is a solid follow-up to Techland’s formula. Sure, the series still has some rough edges to file down. At times it feels like the developers took the “everything and the kitchen sink” standpoint when designing a lot of the systems. Which isn’t always a bad thing. It means there’s plenty to keep you busy, as the game continues to throw activities your way. Overall, the entire experience comes together well and leaves an engaging and fun world for players to run around and explore.