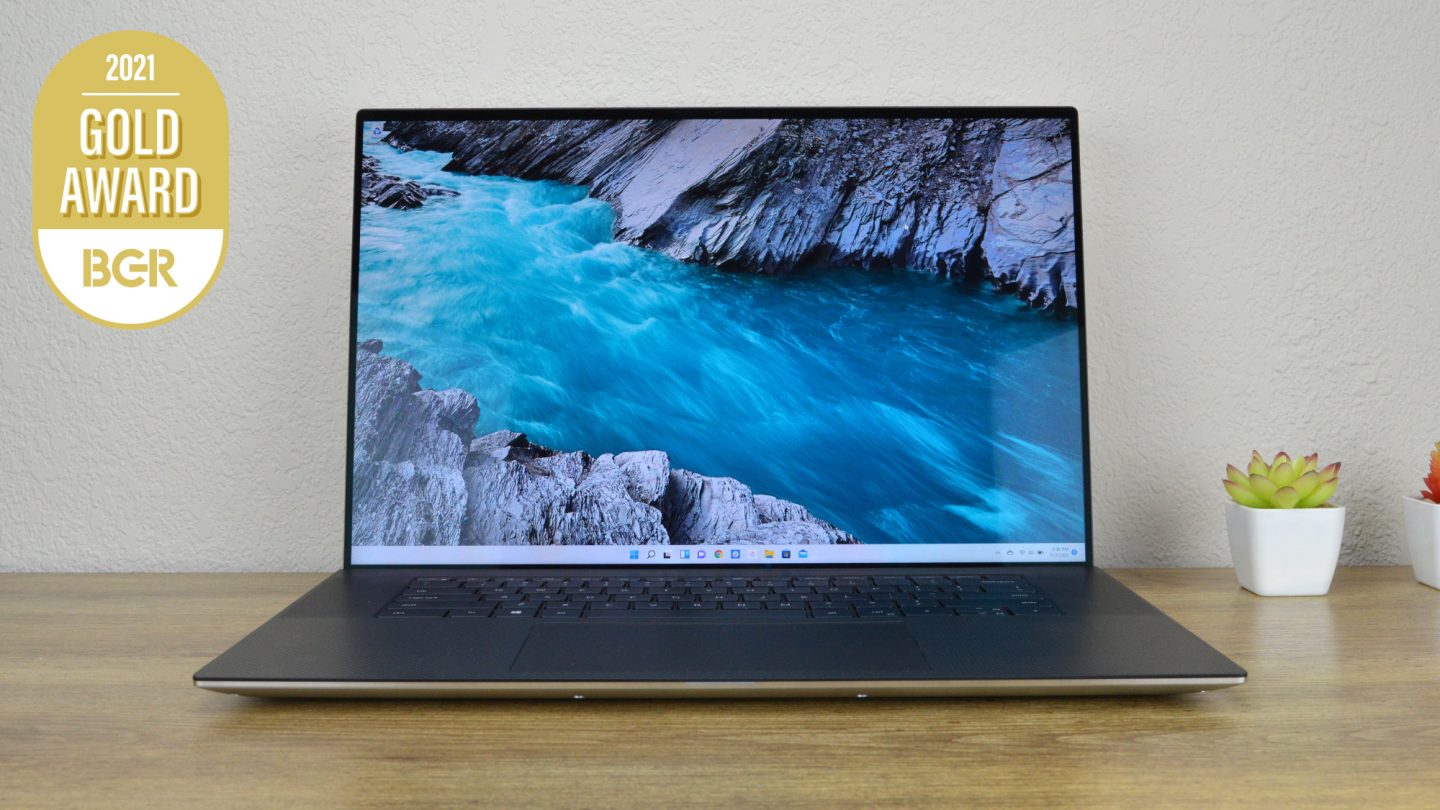 The Dell XPS line has long embodied the best of the Windows laptop, but while the XPS 13 often tops laptop guides, the Dell XPS 17 often gets forgotten. The device is obviously much larger than the XPS 13, with a hefty 17-inch display. And, it’s not necessarily built for gaming, unlike many other 17-inch laptops out there.

But Dell’s latest iteration, the XPS 17 9710, proves why the device should remain an option for those looking for a productivity powerhouse. It’s big, to be sure, but it’s also sleek and stylish, as you would expect from an XPS device. It packs a punch too, and offers a stunning display.

But should you spend the $1,600+ on the XPS 17? Or should you save your cash and look elsewhere? Find out in our full Dell XPS 17 review. 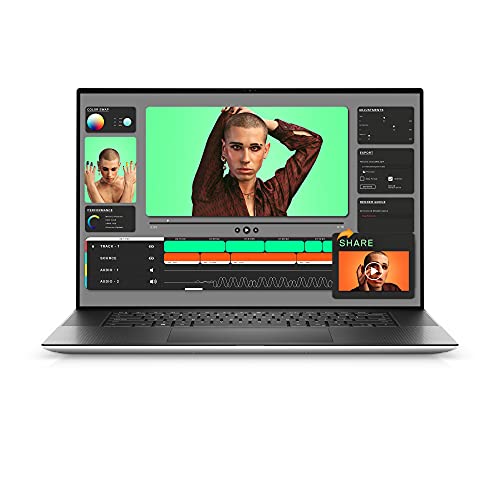 If you’ve seen or used an XPS laptop before, you’ll recognize the overall build of the XPS 17. It’s built with premium materials, is generally sleek and stylish, and while big, should still fit in a larger backpack.

The exterior of the XPS 17 is built from a nice aluminum, and it looks and feels great. The lid has a glossy Dell logo on it, and everything feels very sturdy. On the inside, you’ll get a carbon fiber palm rest and black finish all-around, and it looks premium, and feels soft to the touch.

Around the edges, the port selection isn’t bad, though you may have to get used to using dongles for legacy accessories. The device offers four Thunderbolt 4 ports and an SD card slot, along with a headphone jack. It’s not a bad selection for those who use mostly accessories with USB-C connectors. The device does come with an adapter with USB-A and HDMI port, which does help.

Part of what makes the XPS 17 look so modern is the fact that it has super thin bezels. The top bezel is slightly thicker than the others, but of course, the trade-off is that it houses the webcam. Really, the bezels are barely noticeable.

The XPS 17 measures in at 14.74 x 9.76 inches in footprint, and 0.77 inches thick. It’s a big laptop, but surprisingly small for something with a 17-inch display. It weighs 4.87 lbs, which is also relatively heavy, but again, not that bad for something this big.

The keyboard on the XPS 17 is comfortable, and I quite like the typing experience on it. Keys offer more than enough travel, and they’re spaced wide enough to make typing accurately pretty easy. On the top right, there’s a fingerprint sensor, which can serve as an alternative to Windows Hello — however, I tend to prefer the facial recognition tech. That said, the fingerprint sensor seemed fast and responsive.

The one thing missing from the keyboard? A number pad. This is something some might want in a 17-inch laptop, however, I prefer the compact design, especially given the fact that it helps give more room to the speakers.

The touchpad is nice and big here. It worked pretty well in my usage, and while it wasn’t quite as high-quality as the touchpad on a Mac, most will be perfectly happy with it.

As you would expect from a 4K display, everything is crisp and detailed, and text especially is very easy to read. Colors are bright and vibrant too — the display supports Dolby Vision, which helps. It’s rated at 500 nits, which is bright enough for the vast majority of use, and most of the time, I had the brightness set to around 75%. It’s not an OLED screen, nor is it a Micro-LED display like on the new MacBook Pro, so black levels aren’t quite as deep as they would be on other laptops. But generally, the screen looks awesome.

Thankfully, if you’re watching a movie, the great viewing experience is coupled with a great listening experience. The speakers on the Dell XPS 17 sound awesome. The laptop boasts two 1.5-watt tweeters and two 2.5-watt woofers, and while those woofers don’t quite reach the depths of a good pair of headphones or external speaker, they definitely beat most other laptops on the market. If good speakers are important to you, the Dell XPS 17 is an excellent option.

The Dell XPS 17 comes in a variety of configurations. The base model offers an 11th-gen Intel Core i5 chip, coupled with 8GB of RAM and 512GB of storage. Our model, however, boasts an 11th-generation Intel Core i7 processor coupled with 32GB of RAM, and an Nvidia GeForce RTX 3060 graphics card. It performs like a beast.

While using the computer, I never ran into issues around sluggishness, including during heavier multitasking workloads, with dozens of browser tabs. I was able to relatively easily get the fan to kick in, and it’s pretty loud, but that obviously doesn’t impact the performance of the computer.

Of course, basic productivity isn’t necessarily what you’d buy this computer for. Instead, it’s built for things like content creation, and perhaps even some gaming. The laptop handled these types of workloads pretty well, offering excellent graphics performance. There are other laptops in this price range that come with the even beefier RTX 3080 GPU, so if you’re really just looking for a gaming laptop, it’s worth considering one of those. But the improvements there aren’t going to be enough of a bump to warrant spending too much more if you’re already stretching your budget.

The computer was easily able to compete in benchmarks. Here are the benchmark results we achieved.

The battery life on the XPS 17 is fine, but not great. In a basic productivity workload, I got down to around 40% battery in three hours of use. It should last at least six hours or so for most use-cases, but if you’re gaming or video editing, expect less.

The XPS 17 comes with Windows 10 out of the box, however, it is compatible with Windows 11. When I installed Windows 11, the speakers stopped working, however, an update was immediately available, and it fixed the issue.

Generally, the Windows experience is pretty scaled back, and thankfully there isn’t too much bloatware. But you will get a few bits and pieces. The ever-present McAfee is here, and you’ll get the odd ad for Dropbox. But apart from that, things are relatively scaled-back, which is always nice to see. 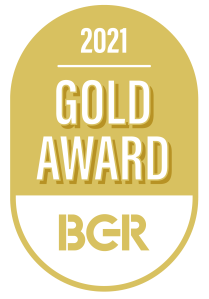 The Dell XPS 17 is a beast of a laptop. It offers a beautiful big screen, with a sleek and stylish design, and excellent performance. If you like big-screen laptops, you really can’t do much better than the Dell XPS 17. If you’re a gamer, it’s probably worth looking elsewhere, but everyone else should seriously consider this machine.

Of course, it’s not perfect. The battery life leaves a little to be desired, and it’s pretty expensive. But if you can afford it, and want a large laptop, this is the way to go.

If you’re looking for a gaming machine, you may want to consider a more gamer-friendly machine. For example, you could consider the Gigabyte Aorus 17G, or the Razer Blade Pro 17.

That said, if you want the ultimate big-screen laptop, with a portable design, this is the laptop for you.

Should I buy the Dell XPS 17 Laptop?

Yes. The Dell XPS 17 is powerful, stylish, and has a beautiful screen.