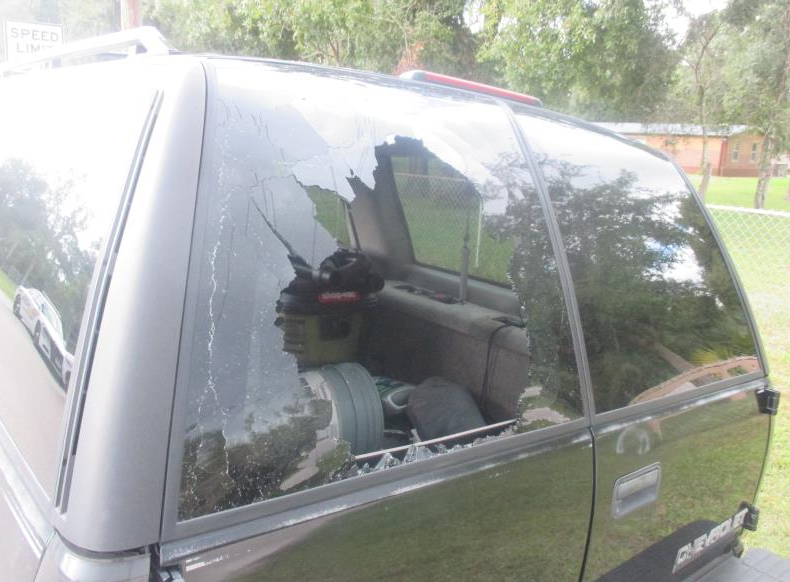 We all get a little bit heated behind the wheel at times. It’s only natural to get steamed when you’re cruising along and, wait, what is this guy doing? Does he not see me? Wow, you’re just going to cut me off like that? Oh and now you’re giving me the middle finger?

Sorry, I went to a dark place there for a second, but you get my point. Most of the time, these unfortunate incidents result in nothing more than some harsh language, hand waving, and maybe even stern honk or two. That’s apparently not how they do things in Florida.

As the Hillsborough County Sheriff’s Office explains in a post on Facebook, one clash between two drivers ended in a pair of nunchucks being thrown through a car window. What could have possibly started such a beef between two grown adults? Bad driving, of course.

According to the report, a 56-year-old man named Leonardo Fernandez was driving on a two-lane road when he cut off a fellow driver with his white van. The victim pulled up alongside Fernandez, who was on his phone while driving, and “gestured to Fernandez to put his phone down.”

This was apparently enough to set Fernandez off, and the victim alleges that the began driving recklessly up until the pair came to a stop at a traffic light. That’s when Fernandez got out of his vehicle with his nunchucks in hand, throwing them through the other driver’s window. Pictures posted on Facebook show the rear window of a Chevrolet Suburban with a gaping hole and the nunchucks resting among bits of broken glass inside.

Fernandez was arrested and has been charged with the rather alarmingly-worded “Throwing a Deadly Missile into an Occupied Vehicle” as well as criminal mischief. He was also on probation at the time of the incident, so he’ll be facing additional charges based on that, too.