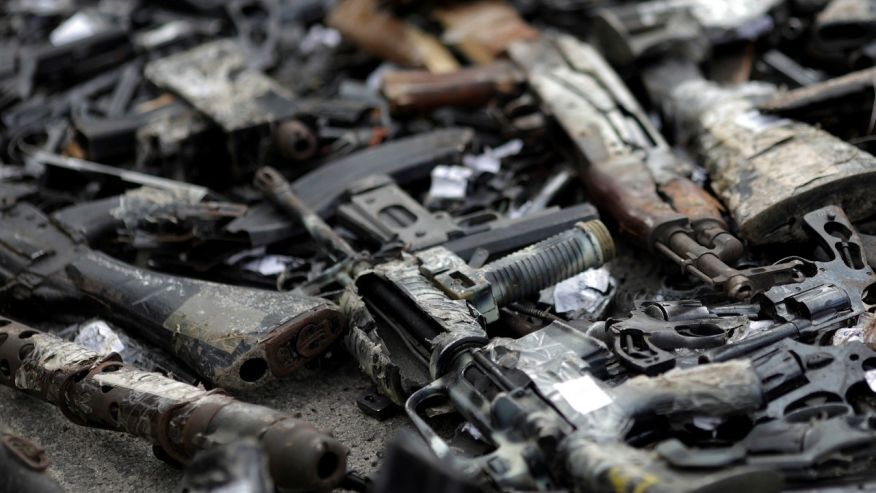 A new study reveals how criminals and terrorists are harnessing the dark net to purchase weapons.

Conducted by the Rand Corporation Europe and Manchester University, the study found that 52 different vendors are selling weapons, ammunition, explosives or weapons components on the dark web.

WOMAN FAILS TO SMUGGLE 102 IPHONES STRAPPED TO BODY IN CHINA

The illicit sales were broken down and shipped in different packages, often hidden in old stereos or printers, the study added. It was conducted during September 2016 and includes data from twelve different marketplaces.

Sales on the dark web, a part of the internet that requires special software to access, allowing people to remain anonymous, can often be lucrative, with criminals and terrorists often looking to access weapons any way they can.

The researchers found that firearms and related items were generating 136 sales each month, bringing in more than $80,000.

The study added that while the sales are not likely to power large terrorist operations, the potential for those who act alone could increase, due to the nature of the dark web.

The findings come at a time when the dark web has been in the spotlight.

Earlier this month, two dark web marketplaces, AlphaBay and Hansa were shut down by international law enforcement agencies, including the FBI. Drugs, weapons, malware and stolen data were being illegally sold on the marketplaces.

“Dismantling AlphaBay is a major victory,” Daly said in comments emailed to Fox News. “Not only did DOJ shut down a major illegal marketplace, but it also sent a message to cyber criminals that enough is enough.”