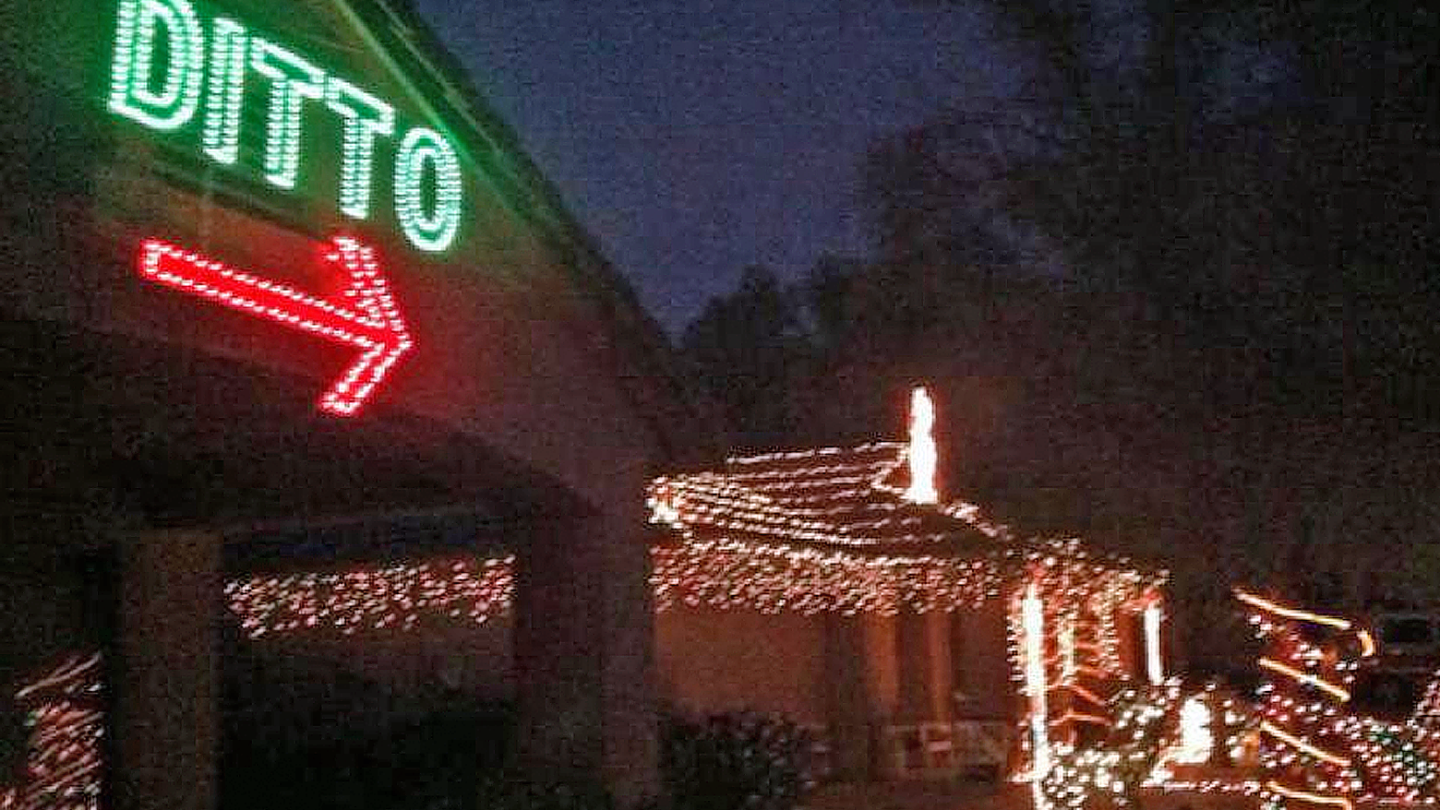 Some people really go all-out when it comes to holiday lighting. They aren’t satisfied with a few strings of lights here and there, and maybe a goofy Santa in their yard; they really need to show the neighborhood that they have more holiday spirit than everyone else, electric bills and light pollution be damned. If you live next to one of those people, it can be difficult to compete, but some folks in similar situations have found a way to win, and with as little effort as humanly possible.

It’s simple: Instead of spending hundreds of dollars on lights, fancy yard decorations, and massive inflatable snow globes, some homeowners have decided to just say “ditto.” Using light-up letters or even just a piece of plywood with a few nails in it, these holiday heroes are showing the world that their house doesn’t have to be visible from space just to validate their seasonal joy. The trend actually started a number of years ago. The oldest example online is credited to a friendly rivalry between neighbors Dave Nosek and Chet Cybulski, covered by the Daily Mail, though even then it’s noted that it was inspired by a random picture one of the men found online.

Others quickly adopted the idea, deciding to forego the typical game of oneupmanship and instead going for the much simpler, and must more affordable “ditto” approach. By most accounts, the “ditto” signs take about an hour to set up, which is well below what you would normally expect for a jaw-dropping Christmas display, so save yourself the time and backbreaking effort, and just smile and nod.