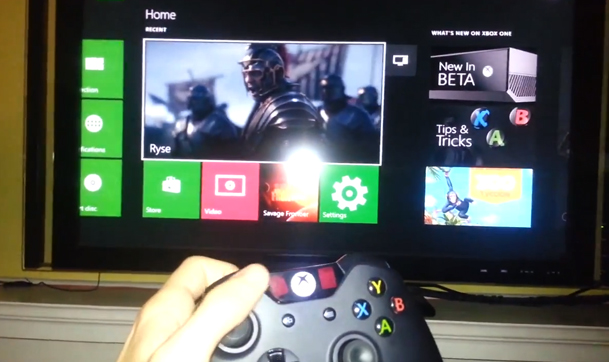 Launched on November 22nd in 13 markets, the Xbox One has sold in more than one million consoles in less than 24 hours, setting a new record for Microsoft and matching Sony’s launch numbers for the PlayStation 4. In a post on the Xbox.com site, Microsoft announced that Xbox One day one sales surpassed Xbox 360 sales and that the console is sold out at most retailers. The Xbox One console is priced at $499.99, while the PlayStation 4 costs $399.99.

In addition to providing sales numbers, Microsoft offered some gaming stats for the first 24 hours of game play. According to the company, over 60 million zombies have been killed in “Dead Rising 3,” over 3.6 million miles have been driven in “Forza Motorsport 5,” over 7.1 million combos have been performed in “Killer Instinct,” over 8.5 million enemies have been defeated in “Ryse: Son of Rome” and over 43.3 million Fit points have been earned in Xbox Fitness.

However, the Xbox One launch was not flaw-free, as several early buyers discovered various issues with their brand new consoles, from performance issues to actual physical damage to the console. The Xbox One problems aren’t widespread though, at least according to a statement that Microsoft has released to IGN, and the PlayStation 4 ran into its own difficulties at launch so this all looks like a regular part of major product launches.

“The issue is affecting a very small number of Xbox One customers,” Microsoft said, adding that it’s “taking care” of its customers and that it’s working “directly with those affect to get a replacement console” as soon as possible.