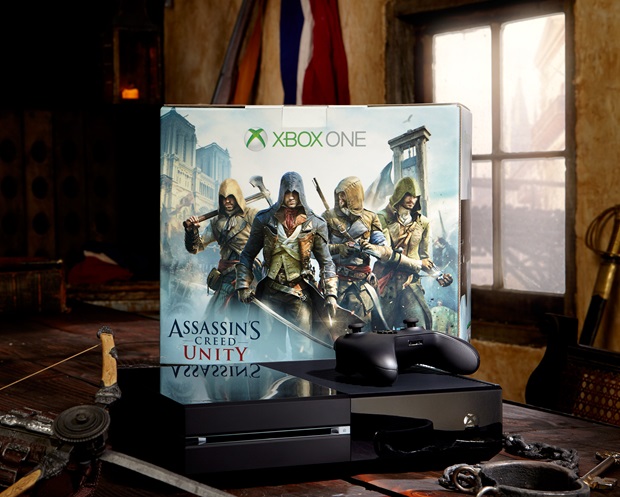 Microsoft announced on Wednesday that it had partnered with Ubisoft in order to bring two new Xbox One bundles to market this holiday season. The Xbox One Assassin’s Creed Bundle will contain free digital downloads of both the upcoming Assassin’s Creed Unity and last year’s Assassin’s Creed IV: Black Flag for $399. There will also be a $499 bundle which will include a Kinect. Both bundles will be available worldwide on November 2nd, but Unity won’t be playable until its release on November 14th.

These aren’t the only bundles on offer over the holidays either. Microsoft has also announced a Call of Duty: Advanced Warfare bundle and a Sunset Overdrive bundle, both of which will be available on the respective launch days of each game. There might be more bundles on the way as well — it’d be a shock it Microsoft made it through 2014 without a limited-time promotion of some sort to coincide with the release of Halo: The Master Chief Collection.

Although the sales figures for September haven’t been released yet, analysts believe that the Xbox One might have finally taken back the crown in September thanks to the Madden NFL 15 bundle and a week-long deal that let anyone pick up a free game when purchasing a new Xbox One. With at least three more bundles on the way, Microsoft is hoping to maintain its momentum as the game release schedule begins to ramp up.

Watch the video for the Assassin’s Creed bundle below: