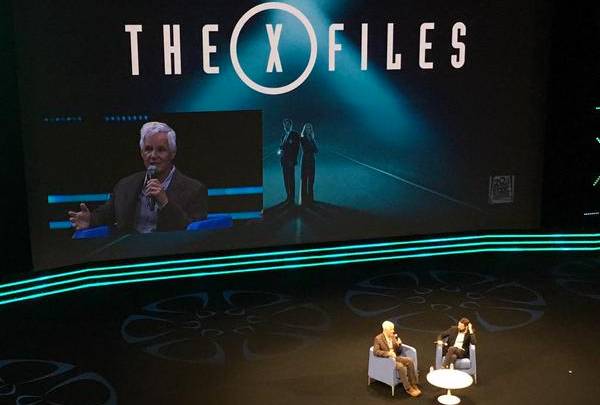 A six-episode 10th season of X-Files will soon debut, bringing Mulder and Scully back to TV after a thirteen-year hiatus. The show will still star David Duchovny and Gillian Anderson and premiere on January 24th, but creator Chris Carter already shared details about the upcoming series in Cannes at MIPCOM, where an episode was shown to an excited audience.

While Carter didn’t offer any spoilers – well, in addition to what was shown on screen – he did talk about the new X-Files, saying it’s a dream come true for him to return to a show that’s been a major part of his life.

DON’T MISS: Surface Book vs. MacBook Pro: Microsoft is ready to give Apple a run for our money

“Every day I look at the newspaper, and I see a possible X-Files episode, so this is obviously something that – I did it for a long time and you never quite lose the eye for what would be good X-Files storytelling,” he said during a Q&A session, according to MIPWorld It’s a perfect time to come back with the X-Files considering global politics.”

Carter said that in addition to Duchovny and Anderson, the original writers of the show also returned for the new mini-series.

The new X-Files has been adapted to modern life, where Mulder and Scully carry smartphones rather than the old phones they used to have, and where the world has to deal with spying scandals. “We’re trying to be honest with the changes dealing with digital technology, the capability of spying,” Carter said. “Clearly we’re being spied on in the US, or at least spying on you. And there seems to be no shame in it.”

The stories are contemporary to things happening now, and they all take place in the U.S. The Mulder and Scully characters have not changed, though they did age accordingly.

The six episodes have two mythology parts, the first and the final one, while each episode also happens to be a standalone episode including monster-of-the-week episodes.

Carter also talked about the way TV series currently work, hinting that something bad might happen to one of the main characters of the show, without offering specifics. “[Modern] television asks that you kill off a main character very quickly. I can tell you that… well, I’m not going to tell you!” he said.

Carter did reveal that there’s a new character in the upcoming 10th season, Tad O’Malley, an internet conspiracy theorist broadcasting on a YouTube-like service.

As for the future, Carter sees additional X-Files series that will continue to tell Mulder and Scully’s stories, but they’ll probably be small in size.

“For the future of X-Files, if we are to come back, I think you’ll see us come back with these mini-series if you will,” he said. “Special events… We used to tell a story over a long saga, 22 to 25 episodes. Now the arc is much sharper, from one to six. So I think we pack a lot more into these six episodes.”