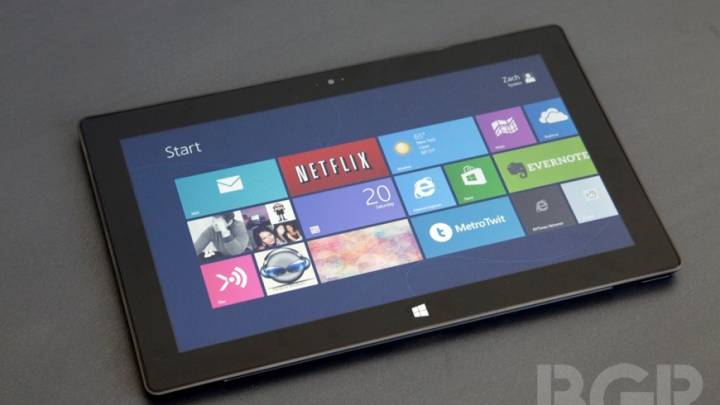 As a platform that people would actually use, Windows RT was dead from the start. It was confusingly branded and its app ecosystem was small enough to make even Windows Phone’s look robust. With the announcement of the Surface 3 on Tuesday, Windows RT is officially dead — the new tablet will run on full Windows and will be thus be fully upgradable to Windows 10 in the fall. That said, while we (very) briefly mourn Windows RT’s passing, we should take comfort in the fact that its most useful organs have been donated to other platforms.

FROM EARLIER: Microsoft unveils the Surface 3 with full Windows for $499

First, we should recall why Microsoft bothered to make Windows RT in the first place. For its first-generation Surface tablet, Microsoft couldn’t offer acceptable battery power on a super-slim tablet with the full Windows 8 in tow. Thus, Microsoft created a hybrid of Windows Phone and Windows 8 that delivered some, but not all, of the capabilities of the full desktop version of Windows.

This hybrid OS became useless, however, once component manufacturers like Intel started bringing chipsets to market that delivered significant power efficiency improvements compared to the typical chipsets that were being used on laptops at the time. Thus, Microsoft could now stuff full Windows onto a slim device with a Haswell processor and still deliver strong battery life.

However, Microsoft likely learned a lot about mobile computing with its experience with Windows RT and we’re sure that the platform’s best parts — particularly those related to power efficiency — have been pillaged and incorporated over to Windows Phone and Windows 10.

This won’t make anyone who bought a first-generation Surface RT tablet feel any better that their OS is now obsolete, of course, but they probably should have figured out that would be the case by now since Microsoft never even bothered to release a new Windows RT-based device throughout all of 2014.