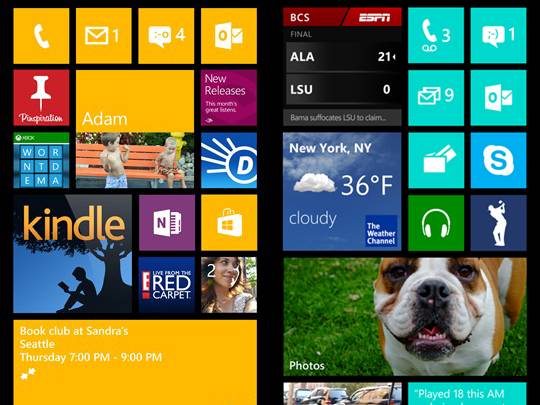 Waiting on Windows Phone 7.8? Microsoft (MSFT) announced Wednesday on its Windows Phone Blog that the update that’ll give Windows Phone 7.5 users Windows Phone 8’s Start screen with re-sizable tile icons won’t arrive until “early 2013.” Other underwhelming features include 20 new theme and accent colors, a new lock screen features that can display the Bing Picture of the Day and ” ‘A1B2C3’ PIN/password challenge to prevent accidental device wipes on phones connected to Exchange accounts.” If that doesn’t excite you, perhaps the upcoming addition of Angry Birds Space and Angry Birds Star Wars will? Or maybe not, seeing as how the latter will be over two months late, after everyone’s played it on iOS and Android.

That said, Microsoft’s corporate vice president of Windows Phone Terry Myerson said “new models running Windows Phone 7.8 are beginning to launch in many countries around the world” but the phones will “typically be sold at a range of lower price points.”

So, technically, there will be Windows Phone 7.8 devices out in the wild, but the update for existing customers won’t be ready until next year. Our recommendation? Just buy a Windows Phone 8 device such as the Nokia (NOK) Lumia 920 — the hardware and software are noticeably more superior.