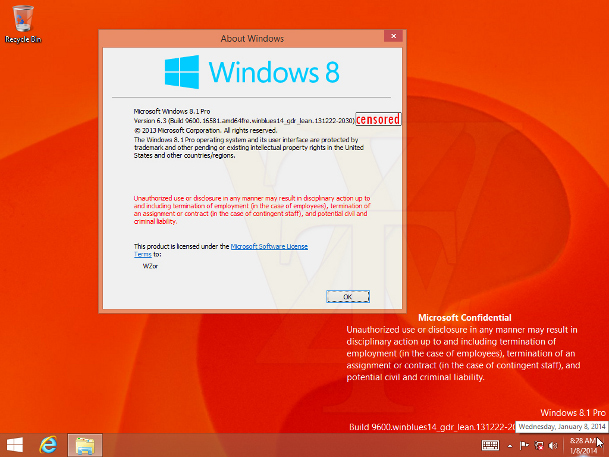 Although Windows 8.1 was a step in the right direction for Microsoft’s latest operating system, there’s no question that the interface is still not optimal for keyboard and mouse users. In case you were hoping for a major overhaul in the immediate future though, don’t hold your breath — Windows leaker WZor has shared a batch of new screenshots from what appears to be Windows 8.1 Update 1, the spring release that some believed would include a more substantial Start button or even a Start menu, along with some new features. It remains to be seen whether or not Microsoft has made any notable improvements, but looking at the leaked screens, it’s next to impossible to find even the slightest of modifications. According to WZor, Update 1 will be available to Microsoft partners beginning January 15th and then will see a public release on April 1st, the day before the Microsoft Build Developer Conference.