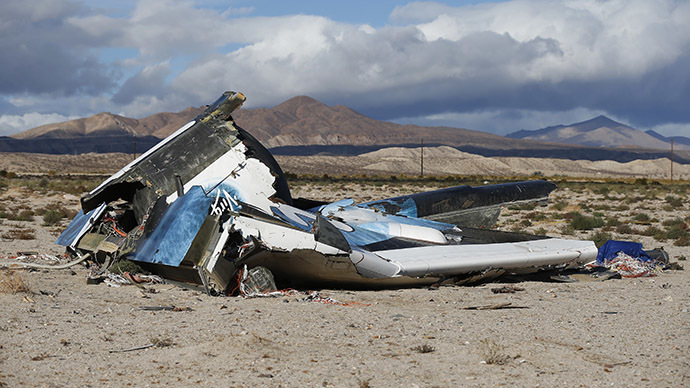 Two weeks ago, something went wrong with Virgin Galactic’s SpaceShipTwo mid-flight, resulting in the disintegration of the spacecraft and the tragic death of one of its pilots. The other pilot miraculously survived, but was immediately taken to the hospital to be treated for his injuries. Now that he’s out, he is finally able to tell the story of what happened that day, 50,000 feet about the ground.

The National Transportation Safety Board published a press release on Tuesday summarizing their investigation into the incident, giving the clearest look yet at exactly what happened on October 31st. Peter Siebold, the survivor of the crash, told the NTSB that he was ejected from the vehicle at some point during its dissolution.

While flying through the air 9 miles above the Earth on nothing but an ejected seat in below-freezing temperatures, he unbuckled. His parachute deployed automatically and shortly after that, he passed out during his descent. The Federal Aviation Administration says that without a pressurized space suit (which Siebold did not have), he only had seconds to unbuckle before losing consciousness.

Jeff Sventek, an aerospace physiologist with the Aerospace Medical Association, tells Bloomberg that the pilot’s survival was “extremely remarkable.”

“I can’t imagine the forces he must have experienced being thrown out of the aircraft,” said Sventek.

The NTSB says that Siebold’s account is consistent with the data it has gathered so far.  The investigation is still ongoing.