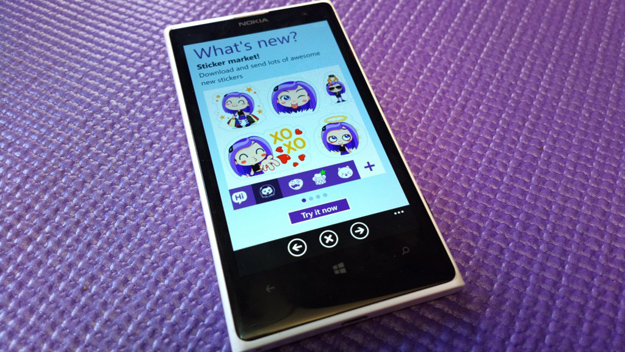 Japanese internet powerhouse Rakuten announced that it acquired Viber for $900 million. Viber has 300 million registered users and is known for its strength in Africa, the Middle East and South East Asia. The acquisition will no doubt reignite speculation about other mid-tier messaging apps. Behind the powerhouses like WhatsApp and LINE there is a cluster of messaging apps with strong growth and more than 100 million registered users – including two hailing from the picturesque hamlet of Waterloo, Ontario. Both Kik and BBM are on their way to hitting 150 million registered users by the end of 2014. And both have intriguing regional strengths that might make them as valuable — or even more valuable — than Viber.

Both Viber and BBM have been on a rampage in Africa in recent months — but BBM trumps Viber in the two key markets that make up more than 80% of Africa’ smartphone subscriber base. BBM is the No.1 app in affluent South Africa and No.2 in the rapidly growing market of Nigeria. In contrast, Viber is a top-3 app in smaller and poorer African markets such as Gambia, Niger, Zimbabwe and Namibia.

Arguably, BBM’s user base in the region is far more valuable.

Viber’s trump cards in Asia are the Philippines and Vietnam, where it established itself as a top-10 app. It’s also in the mix in India at No.19. BBM is No.4 app in Indonesia and No.37 in India. In Western markets, Viber is a top-50 app in notable regions like Australia, Israel, Belgium, Germany and Italy. BBM is hanging onto top-50 rankings in the UK and Canada.

Arguably, BBM’s customer mix is far more valuable in Africa, while Asia is a rough draw. In affluent Western markets, Viber edges out BBM with a broader footprint.

Kik is an interesting anomaly here – it is a top-40 app in America, eclipsing both Viber and BBM in the second largest app market in the world. In addition, Kik has top-100 placement in some of the most affluent markets in the world, including Switzerland, the UK, Sweden, Finland, Denmark, Australia, New Zealand and United Arab Emirates. There is little doubt that even though Kik has less than half of Viber’s registered user base, the purchasing power of its users towers above Viber and BBM.

The $900 million valuation slapped on Viber probably gives us the best recent benchmark to approach the valuation of messaging apps like BBM, Kik, Tango, Nimbuzz and others. Viber has a large customer base that slants relatively heavily towards some of the poorest countries in the world — places like Pakistan, Zimbabwe and Tanzania. The real valuation formula for these companies hinges on monthly average users (MAU) and weekly engagement figures, as well as customer purchasing power profile. Of course, these statistics are not publicly available.