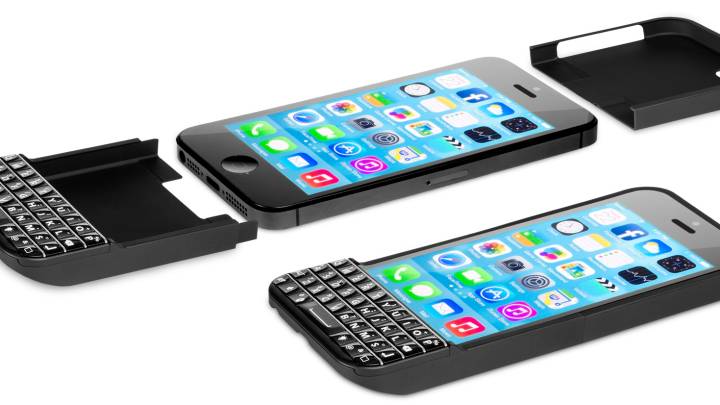 BlackBerry is clearly not happy that Ryan Seacrest is trying to convert its physical keyboard-loving users to the iPhone, especially when the physical keyboard attachment that Seacrest’s company designed as an iPhone accessory bears a striking resemblance to BlackBerry’s own keyboard designs. There’s some bad news for BlackBerry, however: Early reviews have started rolling in for the Typo and critics are deeming it a hit.

Re/code’s Walt Mossberg, for instance, found that “the Typo does its job well” while noting that “a couple of former BlackBerry addicts I spoke with who had tried it were over the moon about it.” Mossberg does knock the Typo for covering up the iPhone’s home button, but overall he concludes that “this $99 case could well be a great deal” for iPhone users who still pine for physical keyboards.

Bloomberg’s Nick Turner also criticized Typo for covering up the home button and said that it would inadvertently turn on Siri when it was in his pocket. Despite these flaws, though, Turner said that “I could see myself using the Typo” since “it definitely improved my typing precision and gave me something to discuss with strangers on the elevator.”

CNET’s Jessica Dolcourt wasn’t as positive about Typo as Mossberg and Turner were and said that “$100 is a lot to spend” for a keyboard attachment that she found difficult to use at first. However, she also said that “with a dearth of QWERTY alternatives at our collective fingertips, this one is at least a viable choice” for anyone who wants a BlackBerry-style keyboard on their iPhone.