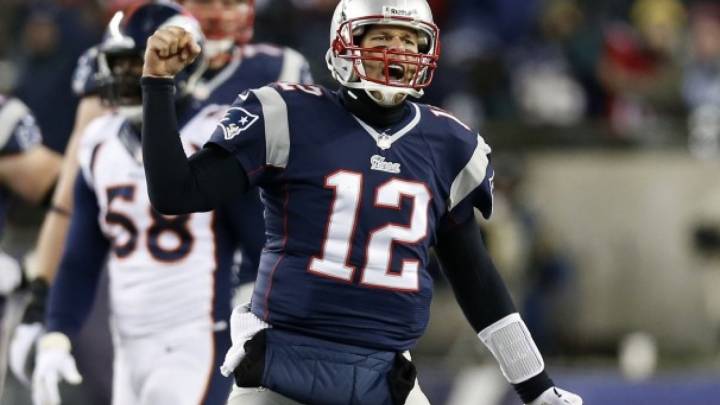 The NFL on Tuesday announced it was upholding Patriots quarterback Tom Brady’s four-game suspension for allegedly being “generally aware” that team staffers were deflating footballs before games in violation of league rules. In its explanation for why it was upholding the suspension, the NFL revealed that Brady had instructed an assistant to destroy his smartphone just when investigators were getting ready to question him about his role in the scandal. Brady has now fired back with an official excuse for trashing his old phone that will certainly give Samsung executives heartburn when they hear about it.

“I replaced my broken Samsung phone with a new iPhone 6 AFTER my attorneys made it clear to the NFL that my actual phone device would not be subjected to investigation under ANY circumstances,” Brady writes. “As a member of a union, I was under no obligation to set a new precedent going forward, nor was I made aware at any time during Mr. Wells investigation, that failing to subject my cell phone to investigation would result in ANY discipline.”

And that’s basically the narrative that Samsung dreads: That a celebrity got fed up using one of its “broken” phones and decided to switch to the iPhone 6 instead of picking up a different Samsung device.

All the same, Samsung still has plenty of professional athletes that endorse its products, from LeBron James to David Ortiz. And given how much Brady is hated by the vast majority of America right now, we’re not sure this is an endorsement that Apple is exactly clamoring for.