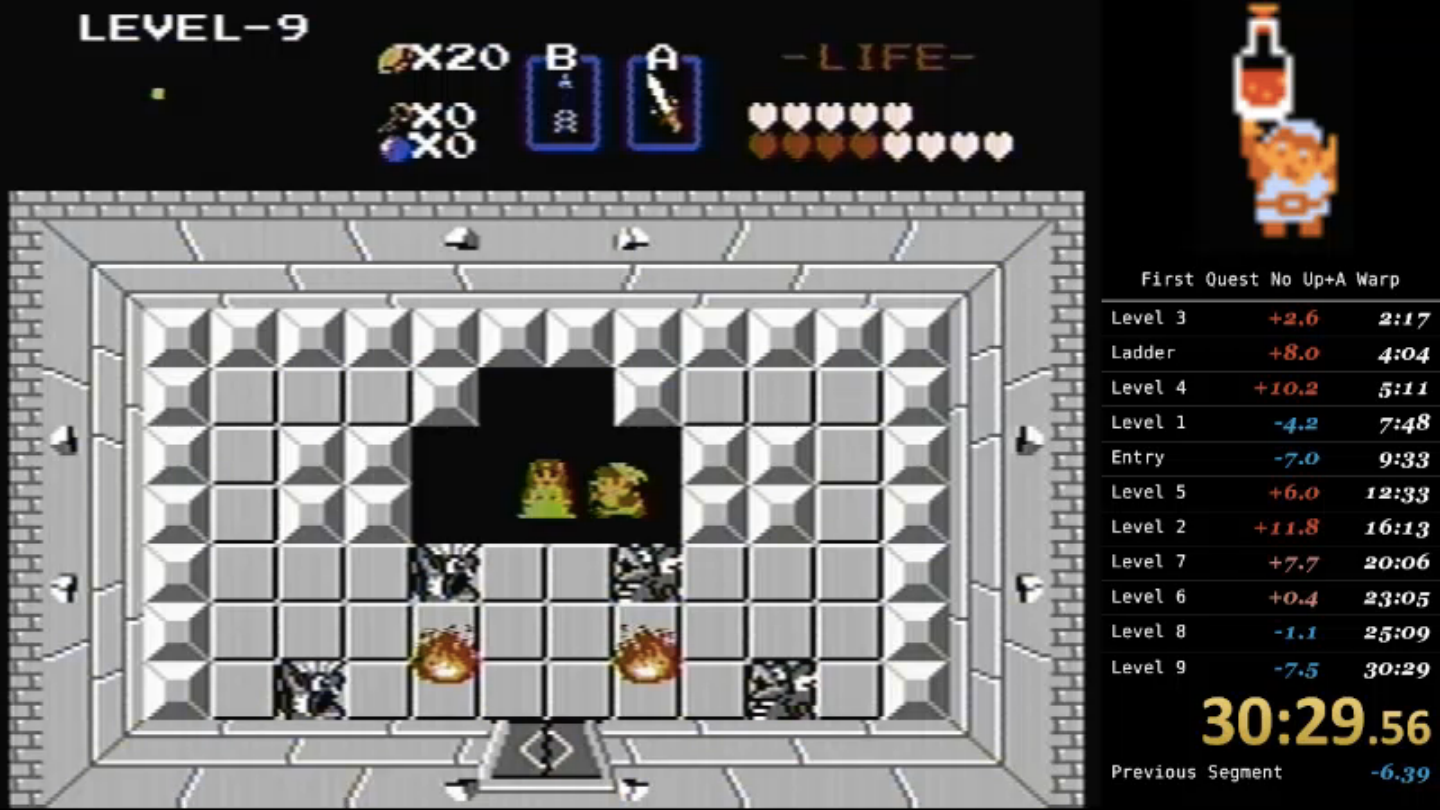 It’s surprisingly exhilarating to watch someone blast through a video game in minutes that would take a normal person hours to beat. We couldn’t take our eyes off of the ridiculous Super Mario World speedrun last week, good enough for a world record, but just days later we’ve been distracted by another record-setting run of a classic Nintendo game.

Last Friday, Darkwing Duck, a well known member of the speedrunning community and one of the best Legend of Zelda runners of all time, beat his own world record on the NES classic by just 8 seconds. That’s about how long it took me to type that sentence.

It wasn’t a perfect run by any means, but using at least one major new strategy that has recently been developed for getting through the game as quickly as possible, Darkwing was able to save Princess Zelda from the clutches of Ganon in an astounding 30 minutes and 29 seconds.

“That’s gonna be a pain to try to beat,” he can be heard saying shortly after the run ends. Never satisfied, these speedrunners.

If you want to learn more about how this run works (because there’s a whole lot more to it than just moving as quickly as possible), be sure to read this page from Speed Demos Archive. Then watch the run below: