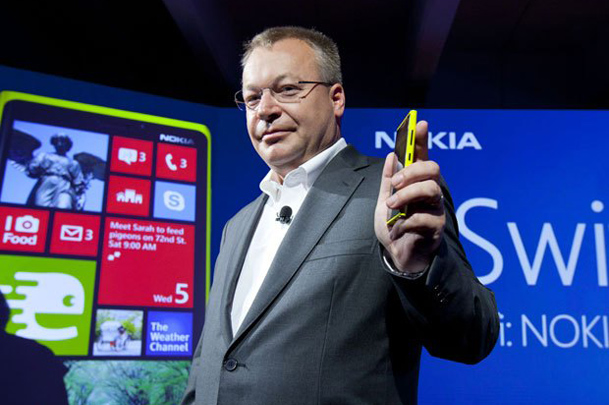 BlackBerry (BBRY) has clearly seen some early success with its next-generation BlackBerry Z10 smartphone, but there are still a number of barriers on the road ahead. BlackBerry 10 targets consumers and business customers alike, but while many saw a certain level of enterprise success as a sure thing just 12 months ago, increased competition from the likes of Apple (AAPL) and Samsung (005930) may be disconcerting. Adding further fuel to the fire, Nokia (NOK) CEO Steven Elop recently confirmed that he too is gunning for BlackBerry’s business user base.

When asked during an interview with Bloomberg how important enterprise customers are to Nokia, Elop wasn’t shy in touting Windows Phone’s various advantages over other platforms — particularly BlackBerry.

“I get asked a lot of questions about this relative to BlackBerry, and what I’ll say is: I’m very interested in BlackBerry customers,” Elop said. Nokia plans to go after BlackBerry users and show them “a very different, very modern and very superior business experience.”

Elop noted that large companies such as Coca Cola are shifting away from BlackBerry handsets and other smartphones in some markets, and adopting Lumia phones. The executive points to Windows Phone’s Office solution, SharePoint, Exchange support, Lync and other key factors as providing clear advantages over the competition.