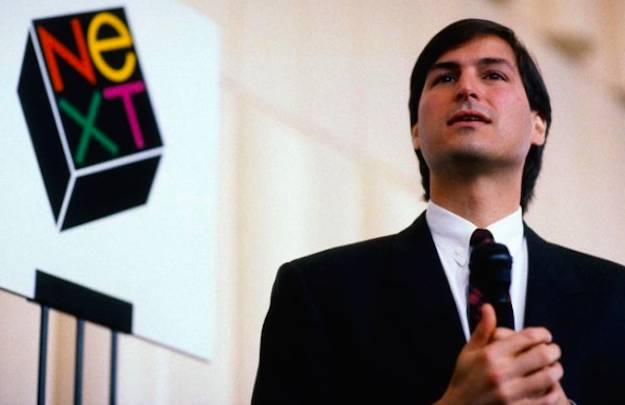 The arc of Steve Jobs’ career, and in particular his off and on-again relationship with Apple, is well established and widely known at this point. In brief, Jobs in 1985 worked at Apple and was growing increasingly frustrated by his diminished role and influence within the company. In September of that year, following a failed coup d’état, Jobs told Apple’s board of directors that he was leaving to start a new company and that he was taking a few key executives and engineers along with him.

Following that, Jobs of course went on to found NeXT. Three years later, Jobs took to the stage to publicly unveil his latest creation — the NeXT computer. Though quite a powerful machine, the starting price for the computer was $6,500, or about $13,300 in today’s dollars.

Interestingly enough, full footage of Jobs’ NeXT Computer introduction was believed to be non-existent, that is, until “researchers working on Aaron Sorkin’s Steve Jobs” film unearthed it via a pair of VHS tapes.

Not too long ago, the content on those tapes were uploaded to YouTube where you can now view the entire product announcement in its entirety.

The new video—re-created out of a pair of VHS tapes only their owner knew existed—has none of the documentary’s production values. It’s too long (2.5 hours), too raw, and way too dark. But it will be treasured by computer historians for what it is: The only record, outside of contemporaneous journalists’ reports, of the gala unveiling of the NeXT computer in 1988.

As for how it all turned out, well, that’s also been well documented. Not surprisingly, the overpriced NeXT machine didn’t sell well, and as the story famously goes, Apple eventually acquired NeXT in 1996, eventually paving the way for Jobs to rejoin the company he helped co-found. Following that, Jobs helped spearhead an unprecedented wave of innovation and financial success for Apple, first with the iMac and iPod and later with the iPhone and iPad.