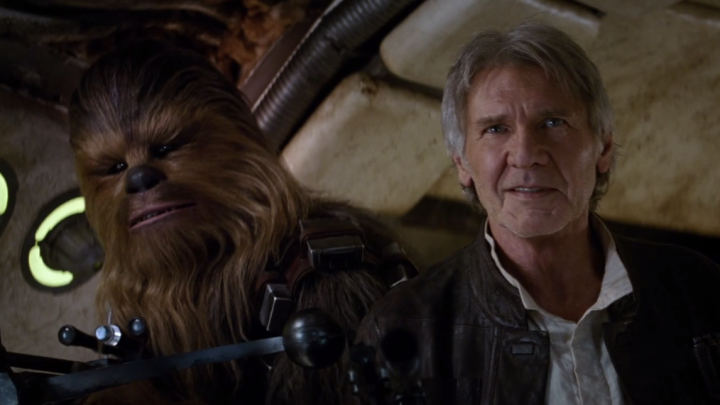 We’re just over two months out from the release of Star Wars: The Force Awakens in theaters, but you won’t have to wait that long for more footage from the movie.

According to ScreenCrush (and several other film blogs), the final trailer for The Force Awakens will hit the Internet on Monday, October 19th, alongside preorders for tickets.

READ MORE: These are the most rewatchable movies ever

Sources says that the trailer will contain the first new footage from the hotly-anticipated Star Wars sequel since the studio published a 15-second video on Instagram over the summer. After it shows up online, ScreenCrush says the trailer will appear in front of the new James Bond movie Spectre when it hits theaters on November 6th.

As for tickets, Cinemark accidentally posted a graphic on its official Facebook page earlier this week announcing that pre-sales will begin next Monday. The post has since been removed, but users on TheForce.net forums have corroborated the news with reports that AMC theaters are prepping their staff for a big day of ticket sales on the 19th as well.

Until we hear something official from Lucasfilm, it’s probably best not to get your hopes up, but J.J. Abrams and co. must know that we’re dying for even the tiniest morsel of Star Wars before the movie lands on December 18th.