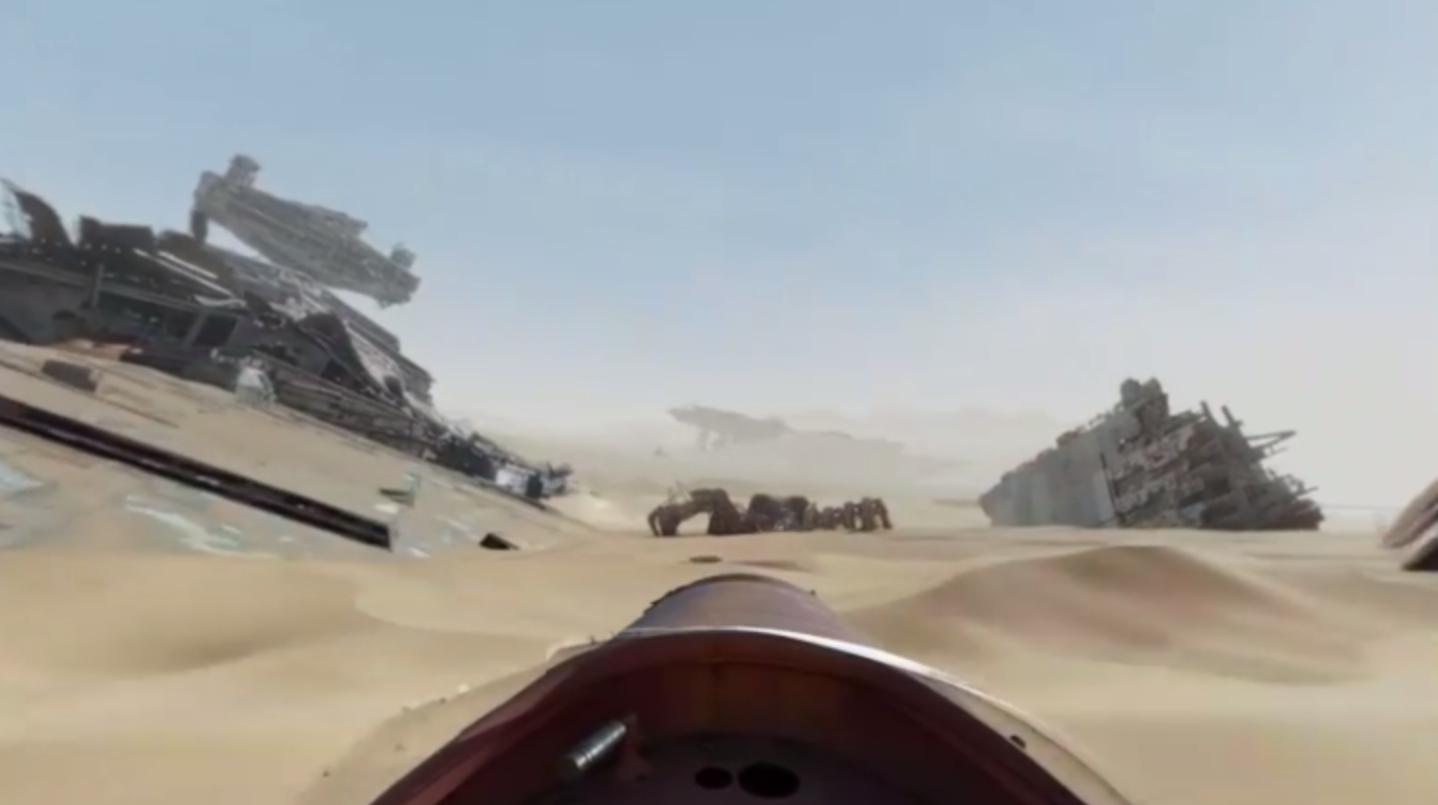 The next few months are going to be excruciating for Star Wars fans in the lead up to the release of The Force Awakens, but Lucasfilm isn’t completely without mercy.

Although we’ve heard bits and pieces about the story in the months following the release of the second trailer, a new video on the official Star Wars Facebook page might be my favorite thing the team has put together so far.

SEE ALSO: Video: Watch as a plane makes a crazy emergency landing on a street in California

Clocking in at just under a minute in length, the video gives viewers the chance to explore the desert of Jakku on the back of a speeder. You’ll probably recognize the scene from the opening shot of the latest trailer, complete with decaying Star Destroyer.

With just under three months until we can all finally make our way to the theater to see the movie, anything the studio drip feeds us is welcome with open arms. Maybe we’ll get lucky and see one more full length trailer before the movie lands (but don’t hold your breath for that one).

Star Wars: The Force Awakens will release in theaters on December 18th, 2015.