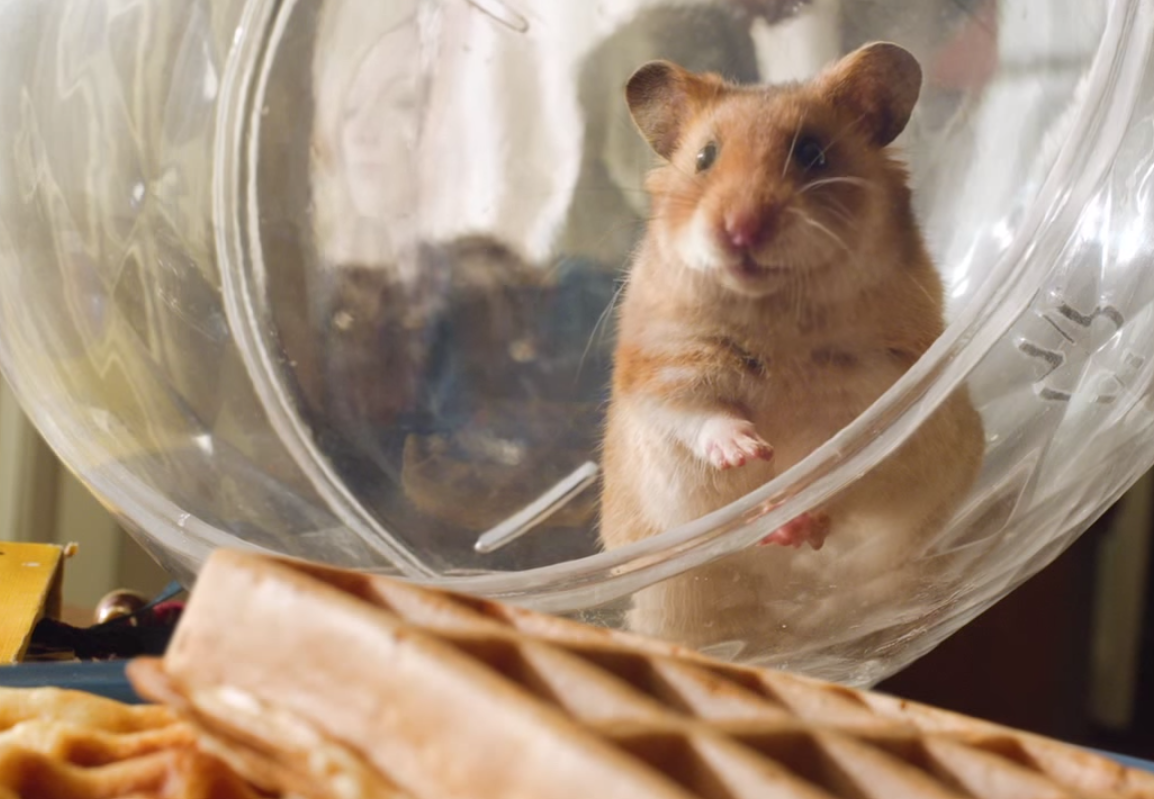 Amazing but true: A talking hamster probably isn’t going to convince you to switch wireless carriers. AdAge has done a review of Sprint’s newest “Framily” plan ad campaign and has come away baffled as to why anyone not on copious amounts of hallucinogens thought they were a good idea. For the uninitiated, the ads feature a “Framily” called the “Frobinsons” who all save money every month by using Sprint’s “Framily” plans. The father figure (or is that frather frigure?) in the ads is, inexplicably, a talking hamster who has somehow sired several human children with a human wife. No, we don’t want to think about the logistics behind this apparent biological miracle/horror either.

In its review of the ads, AdAge says the sheer absurdity of a talking hamster dad and a son who looks like “the kid from Deliverance” are enough to send most normal viewers sprinting away from the carrier’s sales pitch.

“It’s not only because the initial spot, ‘Meet the Framily,’ is as unfunny as it is weird,” the publication writes. “It’s because the characters in the spot are arguing over the non-word ‘framily,’ which may be meta or an attempt to head off criticism, but in reality simply reminds us how stupid a non-word it is.”

Apparently Sprint parent company SoftBank had some success by featuring a talking hamster in its own ads in Japan but something seems to have been lost in translation in its trip across the Pacific Ocean. Anyway you look at it, Sprint’s “Framily” ads right now look destined to go down as yet another of the carrier’s many frailures in recent years.