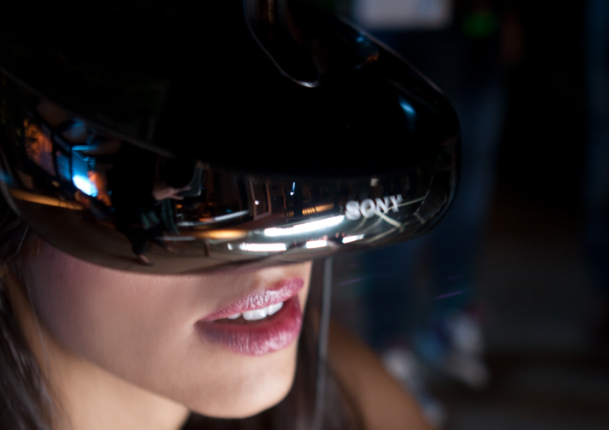 Sony at CES 2014 demoed two different virtual reality headset devices that show potential for the future, PCWorld reports. Of them, only one device is ready to ship (an earlier Head Mounted Display version was priced starting at $999.99) and can immerse users in 3D games and videos just like the Oculus Rift headgear does, assuming there is enough content to actually use with the device. To demo the rig, Sony filmed ground-level video of a motorcycle racing through a road course, and then allowed testers that tried out the virtual reality glasses to explore the video as if they were riding.

The Sony Smart Eyeglass is the second Sony prototype shown in Las Vegas, which aims to brings augmented reality features to games or TV shows. Wearing the device, the user can see additional information about certain content appear on the screen while watching content that supports these features. However, the product is not yet final, and it doesn’t have a price or ship date. Furthermore, the Smart Eyeglass is not a competitor to smart glasses such as the ones produced by Google and other similar companies.

Sony isn’t the only company working on virtual reality devices. Valve is currently interested in creating a standard interface/controller for virtual reality headsets and games, and it’s reportedly developing its own device to be used with future Steam Machines.